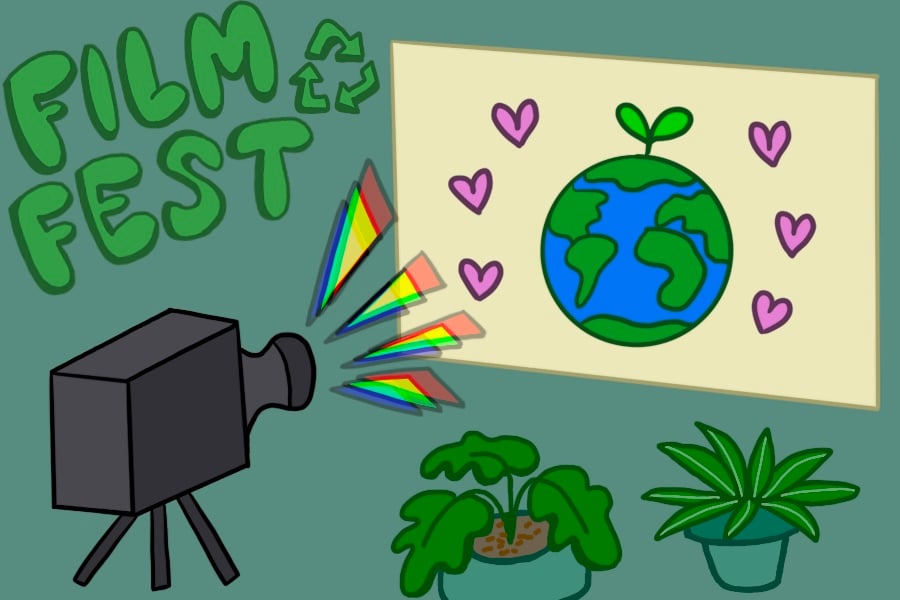 Evanston resident William Skin, nine years old, said that he considers himself an avid filmmaker. Skin made a 10-second film using his iPad recently to explore the possibilities of how human lives might look in the wake of major climate change events.

“My video was trying to say that we can’t live on another planet, and the alternative is to be living on this dry, terrible planet,” Skin said. “That’s not what we want, so we need to protect [the earth].”

His film was shown along with over 50 other clips — all filmed and edited by District 65 students — on Friday at One Rotary Center, the world headquarters for Rotary International. The 10 Second Film Festival was the event. highlights children’s views on climate change and climate justice action.

Friday’s event was Evanston’s third attempt at holding the festival after It was interrupted by the COVID-19 pandemic. The event was co-hosted by District 65 Climate Action Teams and Citizens’ Greener Evanston.

Marie Cabiya, a District 65 parent and Climate Action Teams organizer, stated that the film festival was designed to give children a platform to express their feelings about climate change.

“Climate action is the antidote to climate anxiety,” Cabiya said. “This festival is a celebration. It provides children with a platform to express their anger or sadness, and an easy way to deal with grief. It helps them find their little ways to add value to their lives.”

Cabiya acknowledged that many adults feel powerless in preventing the climate crisis, but she stated that the event was intended to show how children can bring new ideas to the table, their emotions, and their hopes.

District 65 Climate Action Team was instrumental in hiring its first sustainability coordinator in 2022. They are currently trying to convince schools to implement a climate justice curriculum.

Its mission ties closely into Evanston’s Climate Action and Resilience Plan, A broad policy plan that aims to promote sustainable infrastructure, and get city operations to net zero carbon emissions by 2050.

A raffle was held at the festival to reward young filmmakers for their efforts. Family passes to the Museum of Science and Industry were among the prizes. Professional photoshoots and the chance to shadow the mayor or Sustainability Team for a single day. Skin was awarded a one-month training program at School of Rock.

Mayor Daniel Biss was present during the event. The speaker gave a speech. Biss submitted a short film that he made. He expressed gratitude to the community and for helping to spread the message about climate action through films.

“We need our lives to be a series of 10-second videos about this issue, about what we can do and about how important it is,” Bliss said.

— Evanston receives $500,000 from the federal government to increase solar power in low-income households