What lessons can Taiwan draw from the disinformation campaigns surrounding the war in Ukraine and the lessons it has learned? Four speakers gave compelling insights on this and other questions at the Amnesty International Taiwan event held in Taipei Wednesday night.

One of the main points was the observation, that disinformation is not a state of affairs. It is part and parcel of an information ecosystem that we must fully understand before we can address this issue of invasive species.

T.H. says that it’s not about an information problem. It’s about an information environment that makes Taiwan a good place to exploit information manipulation. Schee ()Open Knowledge Taiwan’s representative,, is a community of think-tankers practitioners and digital enthusiasts, who work to incubate open initiatives. 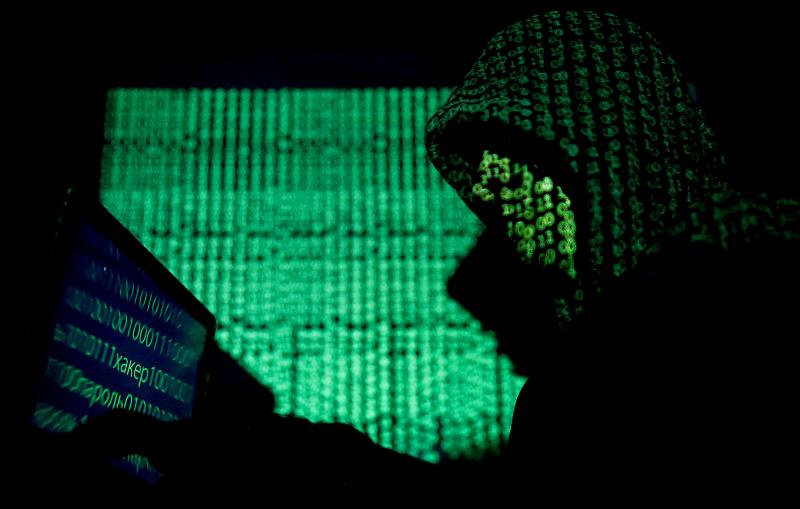 Schee explains that Taiwan is ripe for spreading propaganda and falsehoods. This is due in part to an older generation who relies on close circles of trust to get their information.

Schee says that understanding how they trust one another and communicating with their peers is key to creating a healthy environment. They may trust messages sent online by their spouses or husbands.

Jeff Hsu explains that there are several types of narratives that might work well with such groups. ()IORG is a civilian research group that aims to increase information literacy and counter authoritarianism. IORG has analyzed more than 267,000 texts on social media, statements made by the Chinese Communist Party (CCP), and CCP-aligned media from November last year to February. It has identified four main themes: US bad, Ukraine bad, Russia justified, and US untrustworthy. 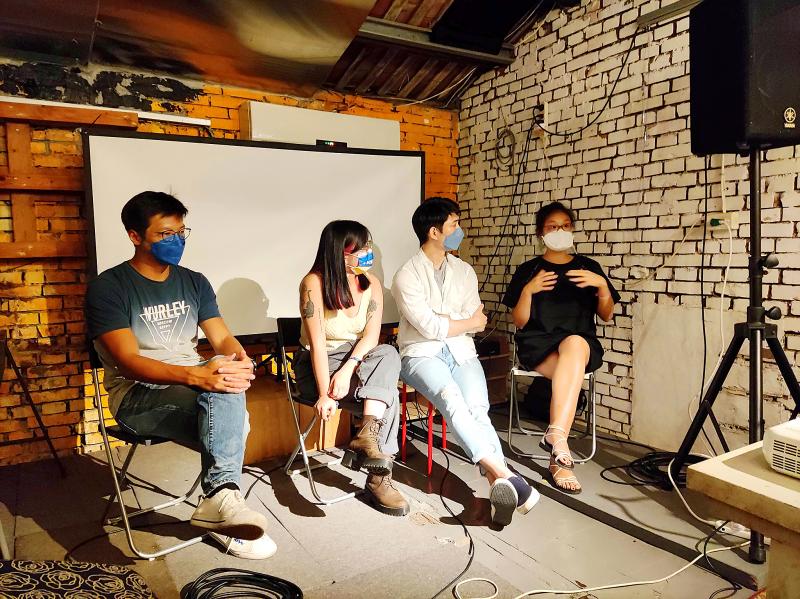 Hsu gives an example of how emotive tactics might be used to reach the target audience. He mentions a story from the third category, namely that Russia is the spurned husband and Ukraine is the unfaithful spouse.

This was the most popular message we found. [the messaging app]Line, say Hsu.

The fourth category, namely the inherent untrustworthiness and weakness of the US as an allies, lends itself to appealing to the emotions. 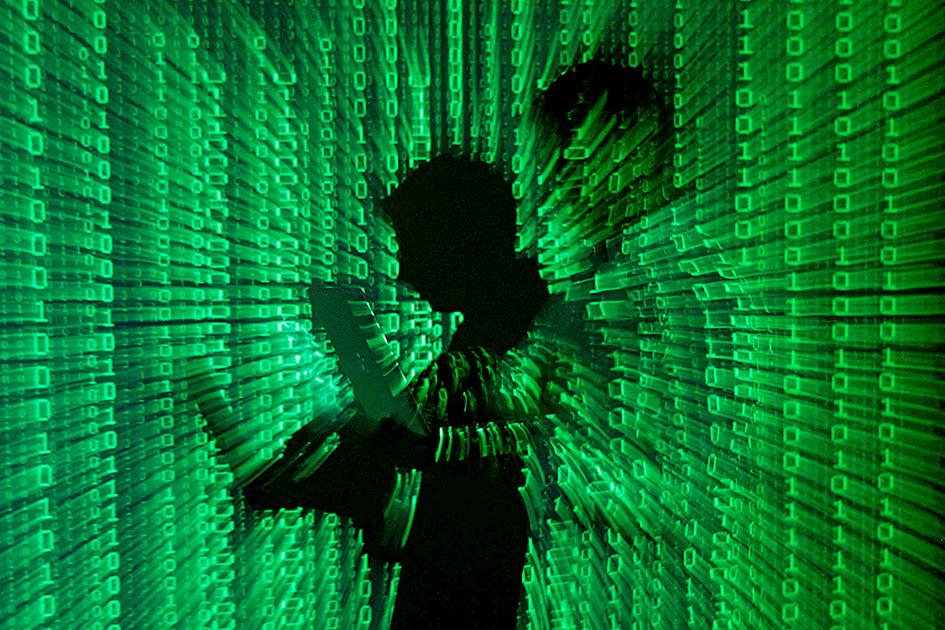 The most popular narrative is “Today Ukraine, Tomorrow Taiwan”. ()Hsu says one. He says that the slogan was similar to one used by the US in August 2008, when they pulled out of Afghanistan.

Hsu says that Hsu is trying to communicate to Taiwanese the fact that the Americans won’t come to their aid, even though they can’t fight against the Taliban.

Hsu believes that this idea was now applied to the Ukraine situation.

He said that it was almost the same. They claim the US isn’t sending troops on the ground and are just using Ukraine to pawn. Taiwan is following the same path.

Schee has identified similar trends. However, he believes that data alone can only tell us so much.

He says that Line and Facebook messenger are the most difficult to understand the problem. These two services are too big to be accessed by anyone. Four years ago, Line was listed on New York Stock Exchange. The number of messages per day was 9.3 billion. Imagine the scale of this problem.

If root-and-branch change is possible, it is important to have a better understanding of who and how they share what.

This chimes well with Liya Yus () perspective. According to the German-Chinese political scientist, more attention must be given to the self and not just information sources.

Yu says that we consider people in our In-group to be part of our Identity Group.

Those outside the group, on the other hand, are easier to dismiss or worse, dehumanized.

Yu says that we only assign secondary complex emotions people in our inner-group.

We can negate such feelings for people from other groups, primarily by changing the language we use. This will remove their agency. Yu says this is evident in the reporting on Taiwan and Ukraine in Western media, even if it is well-intentioned.

[If]Yu states that people don’t have agency and it doesn’t matter what they think. Stories that Taiwan doesn’t have a self-identity serve to dehumanize Taiwanese and make them feel less human, unable to bring about meaningful political change.

Yu cites recent neuroscientists’ research, which she acknowledges can be controversial at time. Yu claims that dehumanization on the person involved in it, activates the prefrontal medial cortex, which is essential to mentalize and empathize.

This basically reduces other people to objects.

You can see me through an fMRI (functional magnet resonance imaging machine) and the way you see me is similar to Yu’s chair. This has implications for the brain, from opinions to political behavior.

This is how one can see that justification for atrocities is a natural step in the process.

People who are familiar with pro-Beijing media know this, Chang says. Chang has worked as a researcher in Taiwan on disinformation and spoke in her capacity of an activist and organizer with Taiwan Stands with Ukraine.

Chang stated that they used it to talk about the Bucha massacre and to paint these atrocities by America as false flags or media smear campaigns.

Chang emphasizes that disinformation can take on more sinister forms and can be more difficult to combat. She referred to a recent forum where a Russia participant warned us about how dangerous it is to trust Western media blindly. Another presentation featured a slide titled Russians also victims. She urges people to pay attention to the voices and needs people who are suffering.

Chang says that balance and nuance are natural instincts. However, Chang believes not all narratives are worthy of airtime.

Moderation will be applied to all comments. Please keep comments relevant to the article. Comments containing abusive or obscene language, personal attack of any kind, or promotion will result in the user being banned. The Taipei Times will make the final decision.

The American Rescue Plan of 2021 was created to aid Americans in recovering from the COVID-19 pandemic. Tennessee received $3.725 Billion from the ARP. $1.35 Billion was dedicated by the state’s Financial Stimulus Accountability Group to water, wastewater, stormwater infrastructure projects.

The non-competitive formula grant program is open for applications. The remaining $269 millions will go towards state-initiated and competitive grants.

TDEC Commissioner David Salyers indicated that there is an opportunity to greatly improve the water infrastructure of communities throughout the state. Although these funds can go a long ways, our need for water infrastructure improvements is still much greater than what is included in the plan. We are excited to see what these funds can do for deserving communities.

Reports from the Tennessee Advisory Commission on Intergovernmental Relations, the U.S. Environmental Protection Agency and the TN H2O plan led by TDEC say the necessary investment in Tennessee water infrastructure ranges from $5 billion to $15 billion between now and 2040.

TDEC hosted a virtual townhall, webinars, grant workshops and a grant workshop prior to the application period for the noncompetitive grants.

TDEC is focusing the grants on the following goals:

TDEC will review, evaluate and recommend grant awards within 30 days of receiving a complete grant proposal and application. TDEC will announce grant award announcements and execute contracts within 60-days of receiving the recommendations. During the grant process, applicants should anticipate discussions with TDEC regarding project management.

TDECs non-competitive grant manual can be found at this link.

The Water Infrastructure Investment Plan outlines TDEC’s strategy to deploy ARP funds. This plan was developed by TDEC using input from experts from both state and internal agencies. The plan can be found at this link.

3 warning signs of a toxic workplace