Climate change has a profound impact on every aspect of our lives, from our health to our economy. It can seem overwhelming. The impact of art can make the issue more personal, and can help people see the potential for positive change.

The Jan. 19 session, “Art, Climate Sciences and the Social Condition,” kicked off the Spring 2022 Digital Dialogues and Graduate Workshop Series presented by the Office of Academic Affairs’Global Arts and Humanities Society of Fellows.

Centered on the theme “Extinction/Imagination,” the Digital Dialogue series brings together scholars, community activists, artists and archivists working in a range of disciplines, said Professor of English Wendy Hesford.

“The ‘Extinction/Imagination’ theme is an interdisciplinary theme that invites us to consider extinction broadly, that is as a range of threats to ecosystems, languages, species, cultures, populations and life ways,” Hesford said in her introduction. The theme also explores “the role of the imagination in crafting sustainable responses to these threats and just responses to systemic inequalities.”

Panelists included Amy Fairchild (dean of the College of Public Health) and Hope Ginsburg (artist in residence at The). 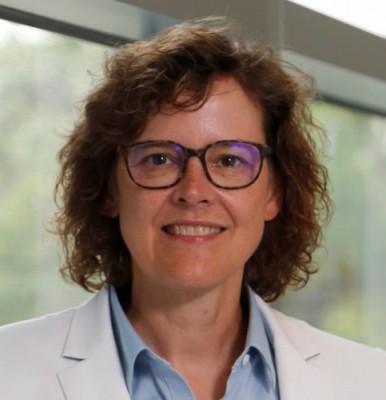 Each panelist shared her views on how art can raise awareness about the complex issues that contribute towards climate change. Visual art can underscore the urgency of the crisis – even if it’s as simple as a television news infographic, Fairchild said.

“As an individual, unless I see a graphic, the summer doesn’t feel hotter to me than it did when I was 3 years old, (although) I know rationally that that has happened,” she said. “Because of the longer time frame that it happens over, it doesn’t grasp us as the crisis, it doesn’t give us that wringing our hands moment – ‘What’s to be done about this?’”

Rao said that art can offer a glimpse into the future and provide perspective on crises as they have developed over time. She noted that the late science fiction author Octavia E. Butler’s 1993 “Parable of the Sower” novel depicts climate change and economic chaos in the early 2020s.

Rehman stated that artists who write about climate change are not just detached observers. They are often passionate about the topic and actively participate in trying to make positive changes.

“These are people participating in the movement and then they’re using their tools, their art practice to meditate on the destruction,” she said. “They’ve participated in and produced work in service of building those other worlds.”

Ginsburg stated that she and a small crew of filmmakers embarked on deep-sea diving to document coral reefs as part her current Wexner Center for the Arts project. She said the project will be featured in an upcoming Wexner Center “indoor ocean” exhibit in which oversized screens will show gallery goers how marine life is impacted by climate change.

Ginsburg said in her work, she strives to convey “the role of art in terms of showing people something to which they can emotionally resonate, which may move someone from a supporter to someone who becomes active, or maybe show someone something that moves them from being a denier to a supporter.”

Register and get more information.

Three reasons why climate model are the best hope of understanding the future.