Recent SeminarFour graphic representations of environmental issues in Israel/Palestine were created by the group Visualizing Palestine.

The graphics are self-explanatory and need no review here – they are after all graphic, and speak well for themselves. The discussion focused on the graphics, their emphasis and why they were necessary to understand environmental issues in Palestine.

The main message of the environmental perspective is that it cannot be separated with the colonial-settler geopolitical message. Colonial-settler actions are destructive of the environment and extractive, whether it is in Palestine or elsewhere in the West. While not described as such, the presentation very well fits under the academic rubric of cultural geography – the effects of culture on geography and its corollary, how changes to geographical situations are used to create a dominant culture.

Presenting maps, a graphic format that can reveal much about colonial devastation, settler extraction and attempts to greenwash settler actions, was one of the most common issues. The U.S. government has censored aerial photography and satellite images in the public sphere. [thus Google, Facebook et al]This will lead to a situation in which Palestinians are excluded from their own cartography. This has two main components.

First, after the nakba which saw the destruction over 500 villages and towns in Israel, the Israelis searched for all Arab place names to replace them with Hebraicized or biblical names. Many of the villages that were destroyed were completely destroyed and completely erased by manipulations of maps.

Additionally, more than 180 were hidden in parks and reserves by non-native species that were planted on the ground to conceal Israel’s original occupation. This is a form greenwashing in Israel, where it boasts about the number of trees it has planted, the forests and parks it has built, and all the while EliminatingAny trace of indigenous land.

While most people don’t see this as an environmental problem per se, it is important to remember that the environment cannot be separated either from the geography or the culture of a particular place. The people are the land. These spatial representations make it possible to visualize Palestine objectively and factually. The toxic occupation of Palestinian lands is clearly illustrated by the one graphic/map about hazardous waste sites.

The most compelling statement made during the discussion on cartography was …the settler-colonial imperative is to create private landfor profit – a strong summation.

Women and youth are severely affected by climate change and environmental damage. Malnutrition and poor water quality, especially in Gaza, are two of the main causes of childhood diseases. Recent heat waves, the loss in electricity, and the density at refugee settlements has exacerbated women’s access to information and health care.

Studies and research do not consider women working in agriculture. After flooding, women do twice the work and the majority of the family recovery. All this – heat, floods, poor agricultural compensation – all have the most impact on women and thus the families they support.

The discussion about youth and the environment focused on the question of whether or how Palestinian young people would take part in the scholclimate strikes as seen in many countries. It all comes down to the question: Will I live tomorrow? What is more important? My survival for another day or protesting climate problems?

Science Magazine: Per- and Polyfluoroalkyl Substances in the Environment

This would trigger a reaction by Israeli interests in the form either military action or settler actions to protest the violence of youth protests. Recycling is not possible because of the occupation-related geographies and systems.

Gaza was the subject of much discussion because it is an entirely prison enclave. ControlledIsrael. It is subject to heat and flooding issues, but it also suffers from food insecurity. Additional 25 percent of the country’s agricultural land is located in the buffer zone, which Israel declared as a de facto no-fly zone for the IDF. Israel ControlsImports and exports of food are affected by the Gaza blockade. Military and foreign aid pressure is used to deliberately increase the cultural destruction of Palestine – the deliberate destruction of the emblematic olive tree is an attack on both food security and cultural identity.

The Gaza blockade, which lasted fifteen years, has severely damaged and jeopardized Gaza’s infrastructure, including water and waste water. Israeli water diversion, and co-option (e.g. The marketing of strawberries in Gaza as Israeli production is a serious threat to the food security and economic well-being of the population.

Cultural geography encompasses all topics that were raised in the discussion about the environment and its impact on Palestine. Ironically, apartheid was not mentioned in the title. But it is evident through discussions of parks and forests, erased villages and hazardous toxic waste locations, and Gaza. It is also visible on cartographic expressions of the geography.

Visualizing Palestine presents clear, concise and easy-to-understand graphic information. It is an important addition in the overall struggle for freedom form colonial-settlerism, ethno cleansing, and the apartheid nature the system creates. 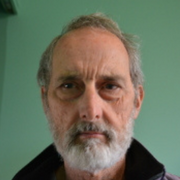 Jim Miles is a Canadian educator and a regular contributor/columnist of opinion pieces and book reviews to Palestine Chronicles. His initial interest in this topic stems from an environmental perspective. This includes the militarization and economic subjugation that has occurred to the global community, as well as its commodification through corporate governance and the American government.