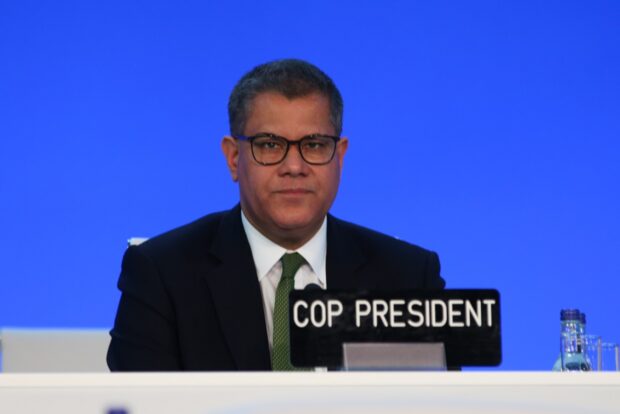 The UK government has been warned that plans to cut civil service staff numbers could undermine the country’s leadership role on tackling climate change.

Boris Johnson, the Prime Minister, announced last Wednesday that the The government will aim to reduce 91,000 civil service jobs over the next three-years as part of efforts to “cut the cost of government to reduce the cost of living”.

The proposal would in effect reverse the growth in the size of the civil service since 2016, which has been part of the response to both the UK’s exit from the European Union and the coronavirus pandemic. The Departments were given a month to prepare plans to dramatically reduce headcounts over the next three years.

According to the BBC, the Cabinet Office’s COP26 unit could be dissolved as part of the changes.The unit was responsible for the organization and running of the COP26 conference last November in Glasgow. Its personnel topped at 220 officials. Alok Sharma, COP26 president, said in January that approximately 150 officials would be retained in order to secure national commitment to the Glasgow pledges. The BBC reported that the number has fallen to 70.

The Glasgow Climate Pact, which is designed to keep global warming below 1.5 degrees celsius (or less), must be implemented by countries all over the globe. Experts have told Global Government Forum that cuts to the unit could hinder the UK’s efforts to build on the COP26 agreement in the handover of the COP presidency to Egypt in November.

Luke Murphy, the associate director for energy, climate, housing and infrastructure at the IPPR think-tank, told Global Government Forum that Sharma had “rightly committed to using the remainder of the UK’s presidency to protect and build on the Glasgow Climate Pact to show that the world is serious about the commitments made”.

He added: “To cut the staff working within the COP unit would send a terrible signal to the world that the UK isn’t serious about following through on its climate commitments. How, for instance, can the UK maintain the pressure, as it has promised, on developed countries to follow through on the US$100bn a year promised to support developing countries in tackling the climate crisis, if the COP unit has no or fewer staff?”

The costs of climate change are far in excess of the costs of the COP team, he said, adding: “It must be maintained if we are to show that, in the words of the COP26 president ,’promises made will be promises kept’.”

Tom Sasse, the associate director at the Institute for Government, added that there is “a huge amount to do to build on what was agreed in Glasgow and create a platform for Egypt”.

He added: “While it may have fallen from front pages, climate change remains the most pressing global issue we all face. If briefings about cutting the COP26 unit prove accurate, it would be a massive own goal for our climate leadership and Global Britain.”

A government spokesperson said that the prime minister and ministers are clear that the civil service does an outstanding job delivering for the public and driving progress on the government’s priorities. “But when people and businesses across the country are facing rising costs, the public rightly expect their government to lead by example and run as efficiently as possible,” they said.

GGF reached out to Cabinet Office for comments on the COP26 unit.

Turkey is developing a long-term strategy against climate change