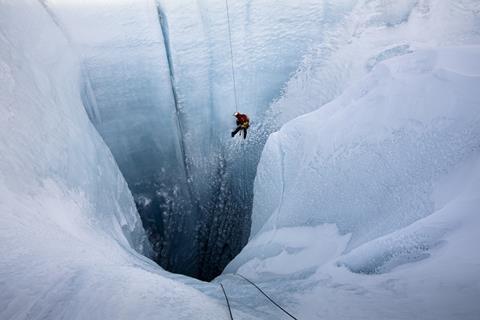 The world premiere of Lars Ostenfeld’s climate change documentary Into The Ice will open the 2022 CPH:DOX, playing in the festival’s main competition section.

Copenhagen will host the premiere for the Danish film. The festival plans its first in-person event since 2019, the last two editions being moved online because of the pandemic. The 2022 edition runs from March 23 to April 3.

Into The Ice sees Ostenfeld travel to Greenland with three of the world’s leading glaciologists, to see just how fast the ice sheet is melting, and to understand the consequences of climate change.

The film is produced by Malene Flindt Pedersen for Denmark’s Hansen & Pedersen.

“Part adventure movie, part scientific exploration, part call to action,Into The Ice is addressing the predominant crisis of our time,” said Niklas Engstrom, artistic director of CPH:DOX. “But it is so much more than your average climate documentary. After two digital editions of CPH:DOX, I can’t think of a better way to celebrate the return of the festival to the cinemas than to start off with a film of such mesmerizing beauty and global importance.”

“If we really want to understand the ice, it is necessary to study it through observation and examinations while on the harsh, impressive ice,” said Ostenfeld. “The inland ice holds a secret. The secret is described by the glaciologists as the world’s most dangerous uncertainty.”

Ostenfeld was previously a TV producer, and has worked on 2020 wildlife series. Wild and Wonderful Denmark.

On March 1, the complete CPH:DOX program will be revealed.