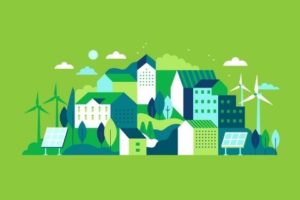 This story was updated at 9:05 p.m. February 1, 2022 to include comments by Tom Hucker, County Council Member.

Tuesday’s unanimous vote by the Montgomery County Council to allocate 10% of county’s energy tax revenue, which is close to $18 million, to a county nonprofit focusing on energy efficiency and investments.

Marc Elrich, County Executive, said Tuesday in a short interview that he would sign the contract. The bill. He said that council members should consider where they can cut $18 million in the budget, unless they want taxes to go up.

Andrew Friedson and Tom Hucker, Council Members, were co-sponsors of the bill. They stated before Tuesday’s vote that they had been working on the bill for three years.

Their bill was amended multiple time to clarify how the funds could have been spent by the county’s Green Bank and when certain aspects of the law would be in effect.

The Green Bank is a publicly chartered, 501(c),3 nonprofit. Its website states that it is funded by the Exelon-Pepco utility merger.

According to its website, it uses capital and private lenders to help leverage public funds to invest in environmental projects throughout the county.

Elrich stated that he is disappointed that the council hasn’t adopted building energy performance standard standards LegislationFor a final vote. The measure was approved in May.

Elrich stated that builders and developers need to have this legislation in place to understand the energy requirements they need to meet future climate goals.

He said that it was difficult to see how the money in Green Bank bill could be used without the laws and benchmarks set in the other bill.

Elrich stated that if you don’t have this, you won’t be able to drive the change you want.

Hucker was County Council president at the time the bill was introduced. He also chairs the Transportation and Environment Committee, where the bill is assigned. Hucker stated that he and his colleagues are eager for the bill to be passed, but that they are still waiting on an Elrichs feasibility study.

Hucker stated that this study would help determine whether it is possible for building owners in a county to implement the changes suggested by the bill and how enforceable the regulations and benchmarks are.

Hucker, speaking before Tuesday’s vote on the Green Bank bill, stated that it places our money where it is committed to policy. It is one part of the way county officials will achieve the goals laid out in The Climate Action Plan. The plan calls for the county’s elimination of greenhouse gas emissions by 2035 and a reduction of 80% by 2027.

Friedson called the bill crucial as the county works to achieve these goals in the next years.

In the current budget year the county budgeted $175.7million to generate energy tax revenue. 10% would go to the Green Bank. This level of funding could be revisited by council members in the future.

Although the bill doesn’t specify what projects the money can be used for, the Green Bank is available to property owners to help them with improvements like adding solar cells to their roofs, making their heating, ventilation, or air conditioning systems more efficient, as well as modifying buildings to conserve sunlight and water.

According to reports from council staff, the funds will be derived from the county’s energy use tax. This tax is levied on anyone transmitting, distributing or manufacturing, producing, or shipping electricity, gas or steam in the County.