Imagine a world where shoppers can purchase “methane free” certified beef at the grocery store, landfills are no longer needed and cheese puffs come packaged in bags containing no plastic whatsoever. These were just a few of the many possibilities that were presented Tuesday night at The Forum. New Venture Challenge(NVC) 15 Climate Prize Night Showcase in Downtown Boulder

Five teams of entrepreneurs with plans to tackle climate change presented their progress to a panel, which was packed with 60 people. Each team competed for $20,000 in prize cash. 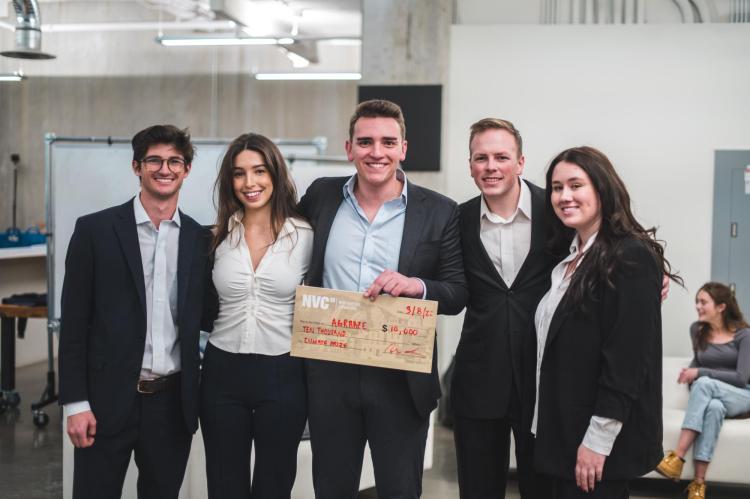 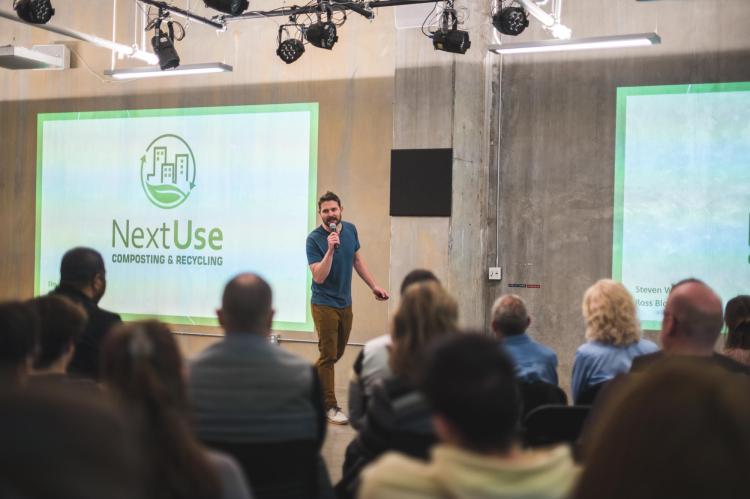 “I was blown away by the solutions our students are creating in solving the climate crisis. Our students are innovating amazing ways to address climate challenges, such as a deep-sea vacuum and carbon credit platforms. I can’t wait to see these ventures grow!” said Erick MuellerThe event was hosted by Jeremy, the Executive Director of the Deming Center for Entrepreneurship, and an adjunct professor at the Leeds School of Business.

Team Agraaze, first place winner and audience favorite, was awarded $10,000 for their carbon-reducing concept: To add a very small amount of red seaweed to cows’ diets, shown in a Scientific studyTheir methane emissions could be cut by 82% These seaweed pellets would address a major issue in climate change: Cattle’s methane emissions account for 14% global greenhouse gas emissions. If cows were a country, they’d be the 3rd largest emitter in the world.

In just five years, Agraaze co-founders Asa Peterson and Fynn Blake presented, their company could allow ranchers in the U.S. and beyond to market their meat as “methane free” and give consumers concerned about climate change a better choice for their barbeque.

“Our team is so inspired to be the audience favorite and to win the grand prize, because it incentivizes us to move forward and actually to tell people how much we need to put action towards saving our climate, saving the animals and the humans that live on the planet,” said Dasha Prosolova, Agraaze team member. “It makes us believe in ourselves more and bring the project to life.”

The panel of judges from across the world not only evaluated the teams’ pitches and awarded prize money, they also gave constructive feedback to each of the teams on their presentations. Chris Vargas, an angel investor from California and sponsor of the event, Carla Bustamante, director of the Masters Degree in Entrepreneurship and Innovation at Universidad Adolfo Ibáñez in Chile and CU Boulder alumna, and Ameen Saafir, CEO and cofounder of Tynt Technologies, were engaged with and impressed by the caliber of the pitches made by the CU Boulder students.

They awarded second and $6,000 to the runner up Next Use Composting & RecyclingCo-founder and Leeds School of Business student, presenting. Steven Winterbach. Already up and running with 50 clients, this business currently based in the Denver metro area envisions “a world with no more landfills,” as they produce tons of methane and are quickly reaching capacity.

Next Use is determined to make recycling and composting as easy, affordable, and as simple as possible. By servicing not only single-family homes, but apartment complexes and cities, and as the only door-side compost and recycling service in the Denver area, Next Use Composting & Recycling may soon become a no-brainer. 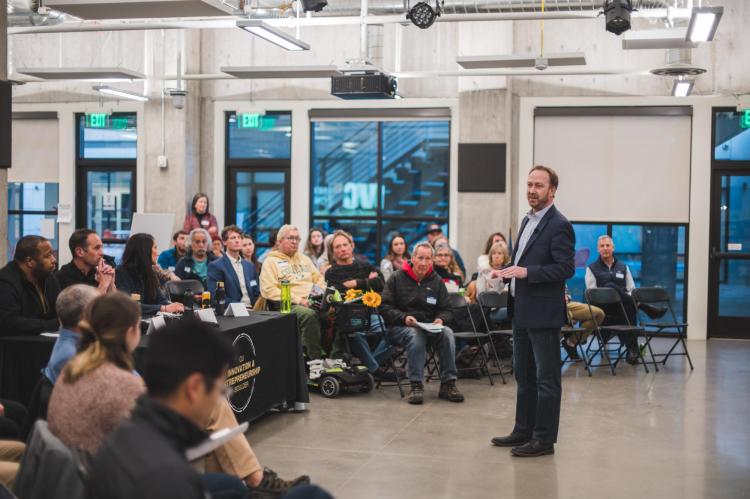 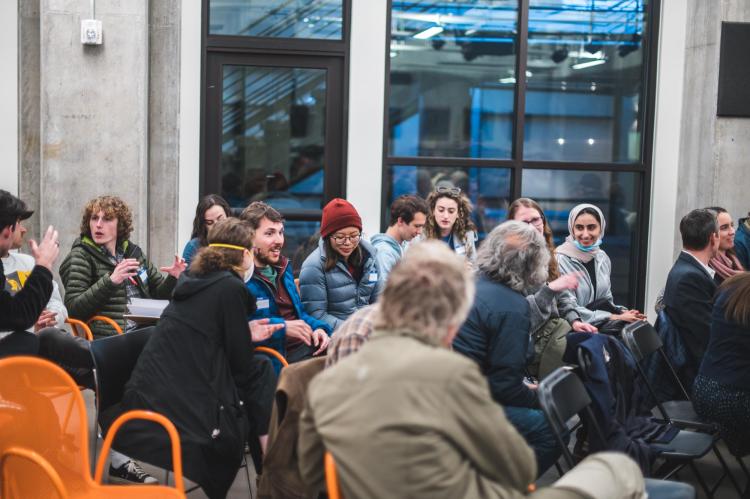 Silvis Materials took third place and $3,000 to Silvis Materials. They are developing bio-based emulsions that could disrupt the petroleum market. Their product is made from hemp biowaste, which will replace plastic in the current system. Andrew Goodwin, associate professor in chemical and biological engineering, is helping Silvis Materials develop their product. Goodwin and the company joined forces in 2021 to secure a $125,000 grant through The Foundation. Lab Venture Challenge, a separate competition, hosted by Venture Partners at CU Boulder. Major producers of plastic bags and other products, such as Mars, Pepsi and Dupont could simply switch out polluting plastic in favor of a more sustainable, cheaper material by the end of the decade.

The fourth-placed Urchin Merchants hope to sell a specialized suction device for divers and conservation groups. This device could help save kelp forests off California’s coast and other ecosystems from the exploding purple sea Urchin populations. Their device is six-times faster than existing methods to remove urchins form the sea floor. Additionally, the inexpensive mechanism these engineers are currently testing would allow ecosystems to recover and store carbon again in five years.

“Who the heck would have thought of an underwater vacuum?” said judge Chris Vargas, impressed by the unique solution in their pitch.

Kol was fifth in the competition and presented an app-based platform for carbon credit that would allow landowners a quick estimate of the annual revenue they could get for not developing their land. It was based upon publicly available forestry data. By “democratizing the carbon credit,” Kol could address deforestation and may encourage landowners to conserve the carbon on their property.

Now in its 15th year, the New Venture Challenge has been CU Boulder’s premier, cross-campus entrepreneurial program and competition, giving aspiring entrepreneurs the chance to build a startup through outstanding support and mentorship. The NVC general track teams will continue to compete, while Agraaze, first place, will compete for the first round of NVC competition. The championship will take place on April 12, 2022.

Taylor Brooks-Murphy from CU, a senior member of the Agraaze team, attributes their success largely to the program’s generous support.

“The folks that are willing to give their time and resources and just help out the teachers, it’s so selfless and it’s like nothing I’ve ever seen before,” said Brooks-Murphy. “It’s the only reason why we’re here.”

The University of Colorado Boulder is a leader in climate and energy research. We are proud to partner with UN Human Rights in co-hosting the conference. Right Here, Right Now Global Climate SummitIn fall 2022.

How to Survive Climate Change – Following the Dire IPCC Report

Australians are more concerned about climate change that COVID-19