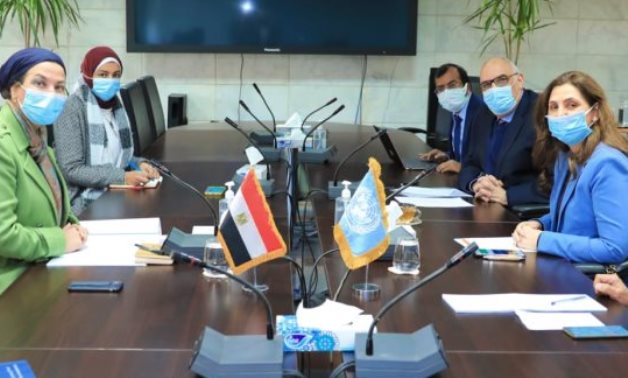 
The meeting decided to take steps to transform Sharm El Sheikh in a greener city, to ensure sustainability throughout Egypt.

Fouad stated that they discussed cooperation between the two ministries in order to implement measures as part a sustainable tourism strategy prior to the COP27.

Anani stated that the Egyptian tourism industry is ready to make the COP27 a success.

Fouad met on Jan. 21 with Under-Secretary-General of the UN and Executive Secretary of ESCWA Rola Dashti and her accompanying delegation to discuss technical support the ESCWA could offer to Egypt as part of preparations for the Parties (COP27) of the UN Climate Change Conference, set for Red Sea Resort city of Sharm el-Sheikh later in the year.

Both sides also discussed cooperation regarding a number climate initiatives that could be launched during the gathering.

The minister accepted the request of ESCWA to provide technical support to Egypt and assist in organizing the event.

During the climate gathering, Dashti spoke out about the Climate/SDGs Debt Swap Mechanism that was launched by ESCWA to serve both the interests of developed and developing countries. She said it would be presented alongside the initiatives Egypt will float.