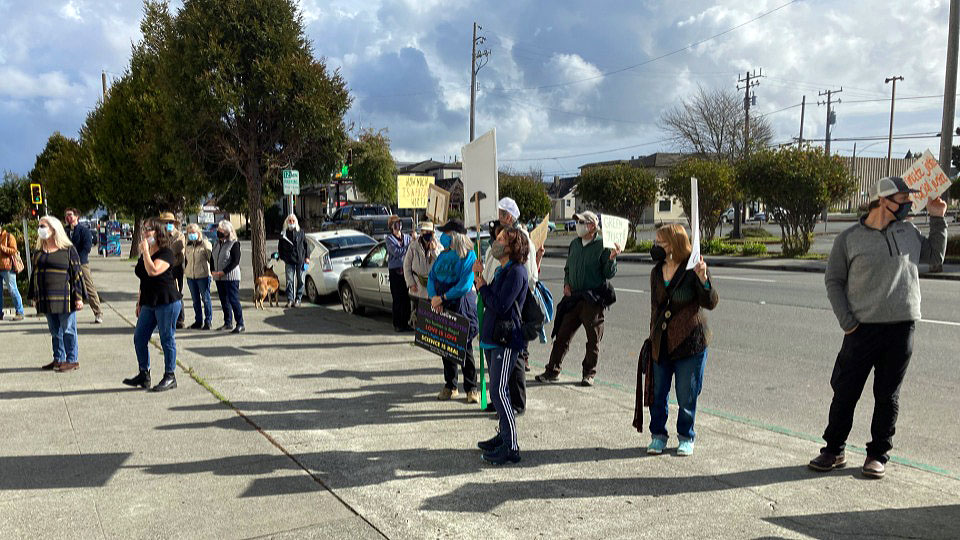 EUREKA, Calif.—Over 100 residents of Eureka—population 26,000, the largest city in Humboldt County on California’s north coast—rallied Nov. 2 in downtown to call for action to curb climate change as the U.N. climate summit commonly known as COP26 continued to meet in Glasgow, Scotland.

Mary Sanger of 350 Humboldt, the local affiliate of the international climate action group 350.org, set the tone for the rally when she declared, “We haven’t been waiting for nations to step up and fight against the climate crisis,” pointing to the agreement reached, after pressure from grassroots activists, three years ago by local municipalities and the Humboldt County Board of Supervisors to move to 100% renewably-sourced electricity in the county by 2025. She emphasized that Humboldt is a prime location for wind energy and that a proposed offshore wind farm could provide enough power to power all the homes in the county.

Alex, a local high school senior, stated, “I’m here to represent the youth voice, which is so important.” She described her personal efforts to show environmental responsibility, including being vegetarian and recycling, but went on to say that “as a young person, I’m aware that none of these things will be enough to cause big-scale change… We have to be aware that our community alone cannot turn the tide.”

She pointed to Arctic drilling and colonialism as major factors in climate change, saying, “We must demand a return of land to those whose it is rightfully,” referring to Native Americans. Humboldt County boasts the highest Native American population in California. Alex insists that people should press government to make changes on the scale needed.

Andy Barnett, a local Rotary Club member, drew loud applause after he mentioned that Rotary International had last year made environmental protection a central concern for its worldwide network of service clubs.

The announcement that the Humboldt County supervisors had taken up the issue and are planning to form a climate advocacy group to assist the board also attracted enthusiastic support from the crowd. The rally encouraged attendees to write to their supervisors to support the move and to volunteer to be part of the advisory group.

Dan Chandler of 350 Humboldt pointed out that while there was a great deal of idle talk at COP26, delegates had reached at least one significant agreement, to cut methane emissions by 30%—still inadequate but at least a step in the right direction.

Leonardo DiCaprio: How ‘Don’t look up’, a comet-themed movie, shows climate crisis as an emergency

Nonetheless, environmental activists Greta Thunberg, after storming out of a meeting she described as “greenwashing,” pointed out that participants in COP26 “are actively creating loopholes and making plans to profit from this destructive system” and that “we need immediate drastic annual emission cuts, unlike anything the world has ever seen.”

Chandler concluded by insisting that “If humanity gets out of this mess, it will be because we act” and urging everyone present to join a climate action group. Many people in this rural community are willing to accept the challenge, judging by the reactions of the crowd and the many honks from passing motorists. 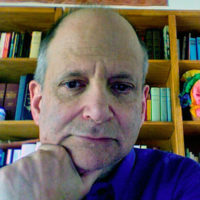