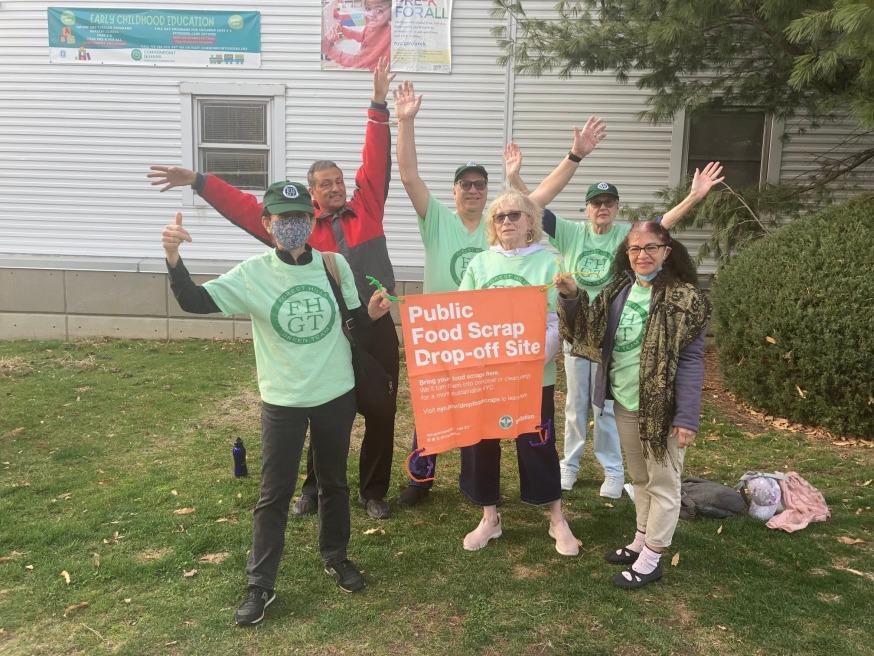 A local environmental group has opened a composting facility that will serve Forest Hills residents who live north of Queens Boulevard.

The Forest Hills Green Team is opening a composting sitestarting Sunday– at 67-09 108ThSt. where residents can drop off food scraps. The group has formed a partnership between Commonpoint Queens and Queens Botanical Gardens, which is based near the composting site.

The new location will complement the existing Forest Hills sites, both on the south end of Queens Boulevard. The Compost Collective is located at Kessel, Yellowstone Boulevard and is open Saturdays. There is also the GrowNYC Site at the Farmers Market (on Queens Boulevard at 70).ThAvenue) on Sundays.

“Starting last May, when GrowNYC had closed down the Compost Site in the Farmers Market due to the pandemic, FHGT organized a site in MacDonald Park where we were seeing 300 people/week and collecting four large containers of food scraps said Mark Laster, FHGT Co- Chair.

“When they reopened the Farmers Market site last December, we reached out to Queens Botanical Gardens and Commonpoint Queens to open this new site in order to allow easier access for people who live on the other (north) side of Queens Boulevard, Laster added.

Residents will be able drop off food scraps at FHGT volunteers starting Sunday, April 3rd from 10 a.m. – 1 p.m. Drop off your food scraps on opening day to receive a COVID test kit, and a bag of compost.

Commonpoint Queens CEO Danielle Ellman stated that Commonpoint Queens is thrilled to partner the Queens Botanical Garden with the FHGT to host the compost drop-off. Caring for our environment is a big priority for us and an initiative that our entire community can come together for.”

The Benefits of Defined Outcomes In A Rising Rate Environment