HIGH POINT — With high ocean- and road-freight rates and scheduling challenges, port congestion and more beyond shippers’ control these days, what are vendors doing to manage around those logistical problems, and how have those steps impacted dealer service?

These steps include new ordering patterns, re-assessment and prioritization of ocean shipping for finished goods, inputs and outputs, reimagining utilization and doubling down material and production to protect their ability to supply customers and minimize cost and time impacts on their business.

These days, high ocean-freight rates are a given. Hooker Furnishings has prioritized vessel-space allocation over price when negotiating this year’s contracts with steamship lines.

“We’re looking to lock in the maximum volume on contracts,” said Scott Prillaman, Hooker’s vice president of case goods operations, noting that although contract rates continue to be exorbitant spot and premium rates remain a bigger concern. “We’re in no position of power to negotiate effectively on price, but we can negotiate on volume. It takes effort to get it.

“We’re also working hard to negotiate with our (non-vessel operator) partners to give us notable volume as named accounts with their carriers,” he continued. “That will help offset the fact we know we’ll have to ship some containers at spot-market and premium rates.”

A NVO agreement that commits to a fixed number containers per month at a named account rate and 50% on spot market would be an example. For planning purposes, a container contract of $12,000 and the spot market $17,000 would provide a reasonable average of $14,000.

Importers are increasingly re-engineering finished goods to achieve higher cube yields on containers. However, parts and components are also being re-thought. Jackson Furniture imports cut and sew kits, mainly from Vietnam. It is always looking for ways to get the most value out each shipment.

“We’ve been experimenting with shrink-wrapping the kits vs. cartoning,” said Senior Vice President of Sales and Merchandising Anthony Teague. “That could give us 15% to 20% more kits on containers.”

With so much out of shippers’ control, maintaining a strong finished-goods inventory position to reduce backlogs and meet ongoing demand has been critical for Samson Marketing, said Vice President of Operations Larry Cryan, adding that, in today’s environment, it’s best to err on the side of too much product on hand.

“Our companies have made a concerted effort to bolster our inventory positions in an attempt to service the high demand,” he said. “No one likes these high rates and unpredictable schedules, but there seems to be an acceptance or, perhaps, resignation to them being the new norm. Retailers seem to have had success in passing these costs along, so the key still seems to be that the winners will be the ones with inventory to sell and service.”

“When you couple long lead times and the difficulty of booking space, the difficulty of forecasting needs increases exponentially,” Cryan said. “We order heavily, take our chances, and that makes forecast accuracy difficult, but you have to pick your poison.”

Samson’s backlogs were large enough, he added, to “ship our way out of storage challenges” when product piled up in Asian factories.

“We’re also fortunate that in Lenoir (N.C.) we have capacity for storage in those HHG buildings we’d purchased,” Cryan said, noting those facilities enabled Samson to build very large stocks stateside. “Not too long ago, we were wondering how we’d put those facilities to good use, but the rainy day came.”

Cryan was referring to a Samson affiliate’s 2018 acquisition of the former Heritage Home Group’s 800,000-square-foot case goods plant and 400,000-square-foot upholstery facility in Lenoir. (Samson’s Craftmaster domestic upholstery brand utilizes some 100,000 square feet of the latter building for its production.) 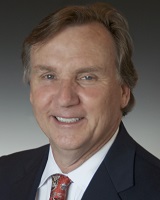 CraftmasterWe took steps to address supply chain issues for in-bound parts. Roy Calcagne, President and CEO, noted that the company imports chair parts from Vietnam. However, 70% of its fabric and some cushion linings are made in China. Craftmaster began ordering basic inputs in larger quantities when container rates rose and vessel space was tightened.

“We brought in six to seven months of inventory for those components, and we always have that much in hand or already in the pipeline,” Calcagne said. “We’re doing the same thing for plywood.”

Craftmaster has a large supply plywood on hand, which is helping to expand plywood sourcing with Russian Birch now under boycott. The plywood inventories of the company had been growing for some time.

“We’d seen any hardwood plywood that was $28 dollars a sheet increase to $70 a sheet,” Calcagne said.

The plant is now running at its full capacity because of the changes made to production inputs.

“We can afford to put more money into these raw material inputs. You may have more than what you need, but for these basic inputs there’s no risk of obsolescence; you know you’ll use it,” he said. “JIT operation has become JIC: ‘just in case.’”

Lane Home FurnishingsIt is creating large stocks of manufacturing inputs and a focus on vertical procurement to support its 19 manufacturing plants. This includes lumber and materials, trucking, mechanisms (Lane creates many of its mechanisms or clips).

Big inventories are an acceptable risk for Lane: “If you don’t have it, you can’t make (the product), and that policy is paying off now,” Quimby noted. “You’re still having COVID shutdowns in China that could be impactful in the third and fourth quarter. That’s why we’re stockpiling kits.”

That approach is helping Lane follow through on new programs such as “Ready to Roll,” building in-stock positions for four best-selling stationary groups and three recliners for shipment on order out of Mississippi and North Carolina.

“We have 10,000 kits in-stock to support some of these groups,” Quimby said. “We’re warehousing them heavy.”

Teague stated that some items have lead times between three and four weeks. Another tier might take six to eight week, while others may take longer. Teague added that the company shipped 62% fewer goods in Q1 2019 than Q1 2019, and 40% less this year than 2020.

This jump can be attributed to a significant increase in production capacity. Jackson has added 22 lines to its three plants since the pandemic started. This total of 58 lines is almost 38% more than it was two years ago.

“That’s enabled us to get deeper into our account base and put more dealers on our priority shipment schedule,” Teague said. “We believe business in the third and fourth quarter will pick back up, and we’re going to be there.”

Vendors said that furniture carriers are improving after a stressful 2021 but that it is still difficult to get product to customers. 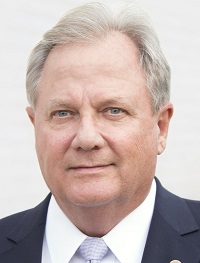 In examining logistical challenges beyond Bassett’s control, “We still felt there’s no one in the industry with Zenith’s expertise in the middle mile,” Bassett said, adding that J.B. Hunt is “able to offer everything Zenith did with added horsepower. They excel in technology, driver and warehouse associate recruiting, and have additional equipment resources. They can control fleet costs like fuel and tires through economies of scale.”

Bassett had already seen benefits from the J.B. Hunt/Zenith relationship in its fifth week of March.

“From a wholesale perspective, we’ve seen the same level of service we’ve always had with Zenith,” Bassett said. “With more equipment available, our transit times are meeting projections.”

He also pointed out that J.B. Hunt’s reach allows it to service all U.S. ZIP codes on a near-weekly basis. “That’s a big plus, especially as you explore e-commerce,” Bassett said.

Hooker’s Prillaman said while the company has faced challenges with road transportation, strong partnerships with drayage providers developed over the years have helped manage “peaks and valleys” of availability.

He pointed out Hooker’s new Savannah, Ga. distribution center was brought online in a difficult period last autumn due to port congestion and chassis shortage problems.

“In that market, we are working with a couple of drayage providers that own their chassis, which helps a lot,” Prillaman said. “We had one carrier who bought a number of chassis just for Hooker. These are the types of partnerships that are important to have and that we value greatly.”

Craftmaster uses furniture carriers for delivery to retailers. However Craftmaster took immediate action after delivery times increased from two weeks to three weeks to six to 7 weeks last fall due the overwhelming demand.

“We usually ship 70 truckloads a week, and we found our carriers couldn’t take that many. We were producing at full capacity, but 20% to 30% of the product couldn’t go anywhere,” Calcagne said. “We realized we have 100 company trailers, (tractors) and CDL drivers on staff to move materials between plants.”

Craftmaster purchased four more tractors last year, bringing its total number to 10. Now, although carriers’ service times have improved from fall, the company uses its equipment and drivers to make retail deliveries to dealers within a 300- to 400-mile radius of Craftmaster’s Taylorsville, N.C., operation. In addition to taking load off the company’s trucking partners, those dealers can receive goods in a few days vs. weeks.

“I never wanted to get into the trucking business, but it was necessary to keep the plant running at capacity,” Calcagne said.

US gas prices average more than $4 a gallon. Oil| Oil