SACRAMENTO – Today on Earth Day, Governor Gavin Newsom joined the groundbreaking of the world’s largest wildlife overpass, the Wallis Annenberg Wildlife Crossing, which will provide a vital bridge for mountain lions and other Santa Monica Mountain wildlife to roam safely between two large areas of habitat. The state today also announced the launch of strategies to achieve California’s first-in-the-nation 30×30 conservation goal and better manage our natural and working lands to combat climate change and protect our communities and ecosystems.

Governor Newsom has put forward a historic $37.6 billion climate package – more than what most other countries are spending – to protect all Californians from the costs and impacts of climate change, while accelerating efforts to reduce the dependence on big polluters and fossil fuels.

“No challenge poses a greater threat to our way of life, prosperity, and future as a state than climate change,” said Governor Newsom. “With our rich natural heritage on the front lines of this crisis, California is building on our global climate leadership with bold strategies that harness the power of nature to fight climate change and protect our communities and ecosystems. Strong partnerships across the board will be critical to these efforts, and the project we’re lifting up today is an inspiring example of the kind of creative collaborations that will help us protect our common home for generations to come.” 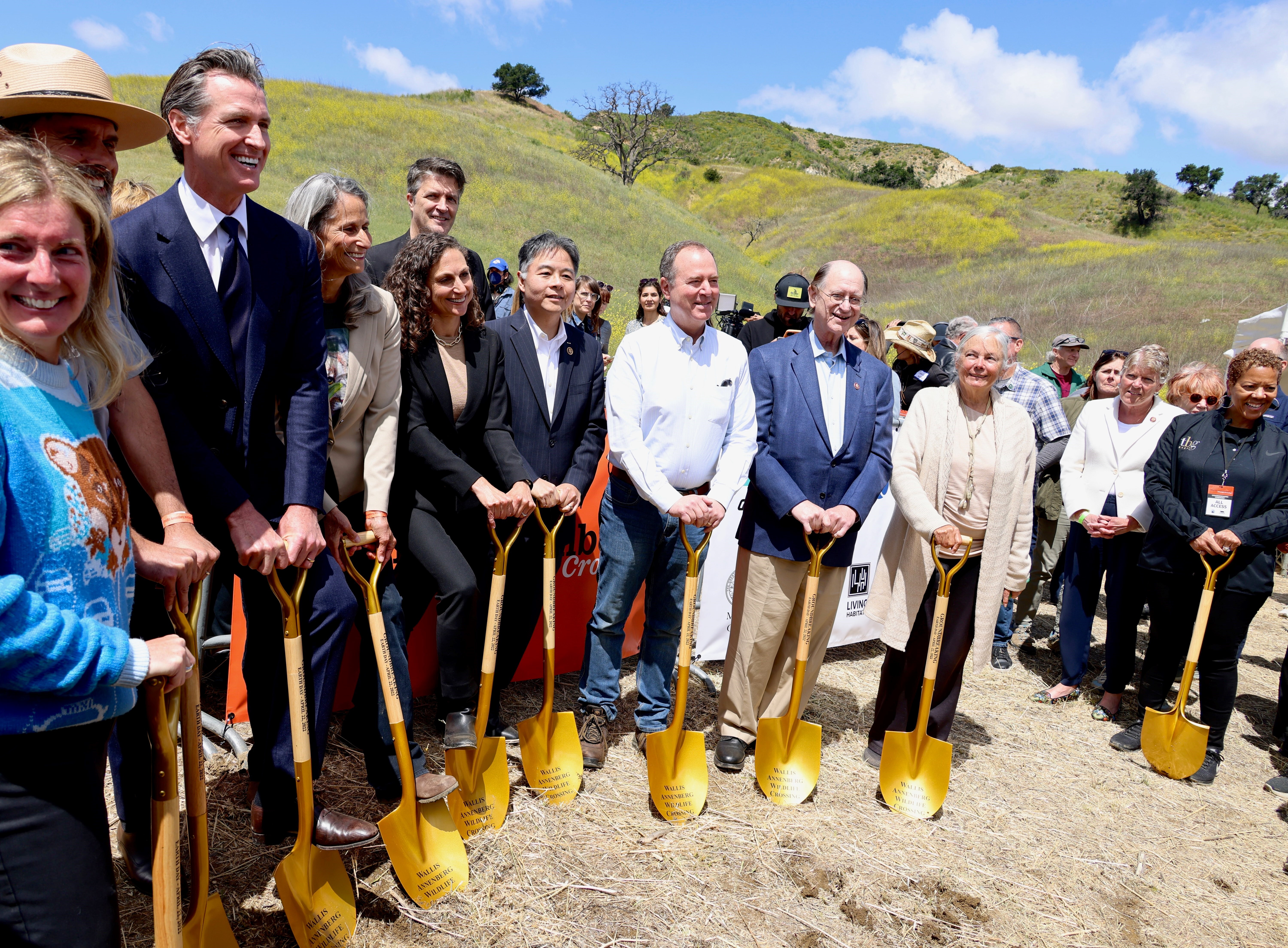 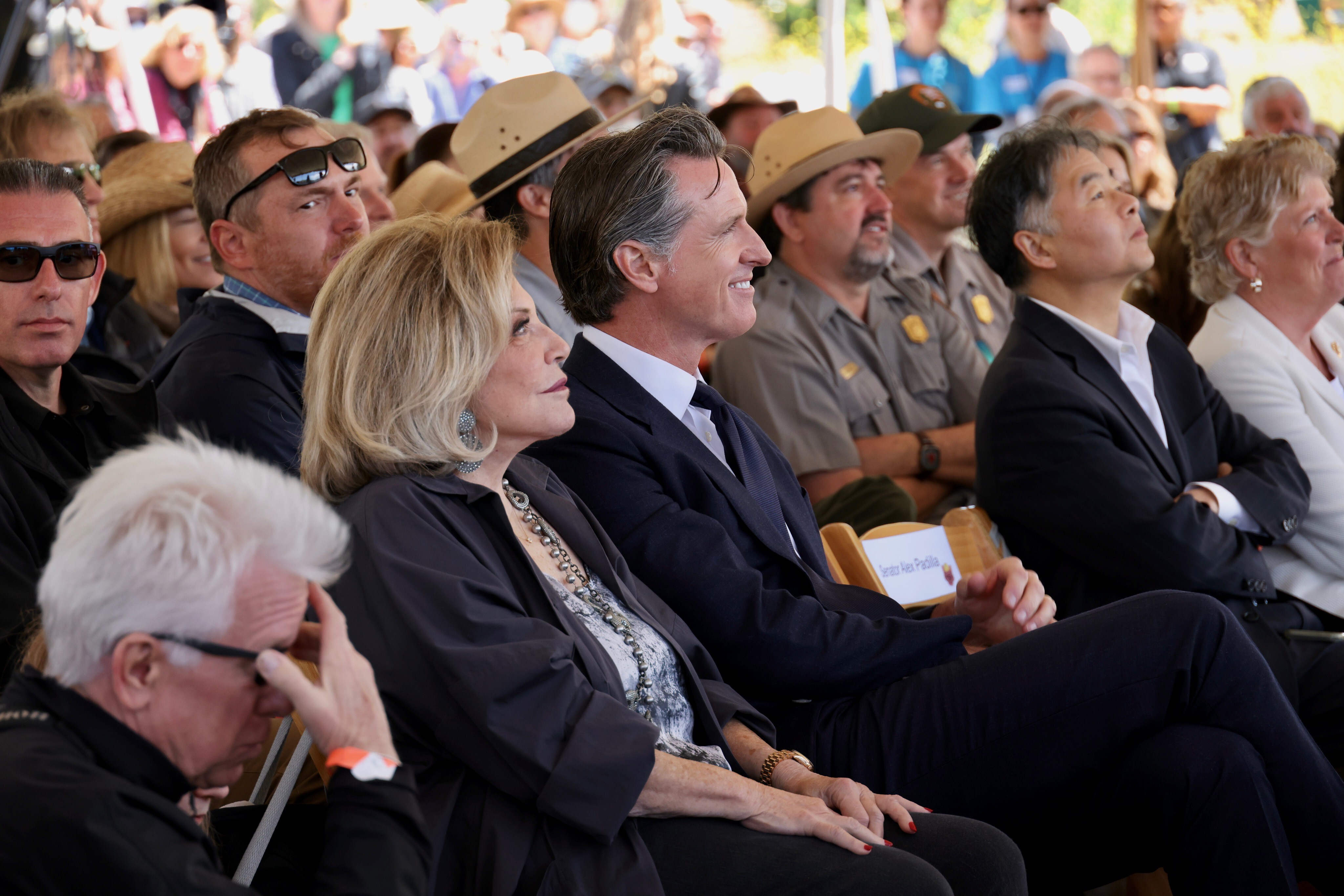 Governor Newsom at groundbreaking for the Wallis Annenberg Wildlife Crossing

A mountain lion was killed and struck yesterday on the 405 freeway, underscoring the importance of wildlife crossings. The Wallis Annenberg Wildlife Crossing will be constructed to span 10 lanes on Highway 101 and an adjacent road. It will improve wildlife connectivity in order to support biodiverse eco-systems. Caltrans has provided $58million in funding for the public-private conservation project. Philanthropy has raised more that $34million. In partnership with the Legislature, the Governor last year advanced $105 million to fund wildlife crossings, and is this year proposing an additional $50 million for this priority – including $10 million in new funding for the crossing in Liberty Canyon.

In 2020, Governor of New Jersey signed a declaration to protect mountain lions as well as other wildlife. legislation prohibiting the use of second-generation anticoagulant rodenticides, which are known to cause chronic growth and reproduction issues. The California High-Speed Rail Authority announced earlier this week that a grant of $3.125 million was awarded to the Santa Clara Valley Habitat Agency to study the issue. Pacheco Pass wildlife overcrossing near the near the San Jose to Merced high-speed rail project section.

Pathways to 30×30 outlines a strategy to achieve the state’s first-in-the-nation goal to conserve 30 percent of California’s lands and coastal waters by 2030 in order to protect biodiversity, expand access to nature and tackle climate change. Scientists from all over the world agree that conserving a third of the planet by 2030 would be essential to combat climate change and protect people from the impacts of climate change. It also helps to limit the mass extermination of plant and animal species. It is also a historic opportunity for us to strengthen our connection with nature, especially for communities who have not had access in the past, and to form partnerships with Native American leaders and groups to protect lands and waters.

California has conserved 24 % of its land, and 16 % of its coastal waters. To reach 30 percent by 2030, the state’s strategy lays out several concurrent pathways, including accelerating regionally-led conservation, buying strategic lands for conservation and access, expanding voluntary conservation easements, and aligning investments to maximize conservation benefits. Empowering local and regional partners is essential to achieve this target, and the strategy establishes a 30×30 Partnership to organize this coordination and collaboration. Federal agencies, California Native American Tribes, county governments and land trusts are all partners.

The Natural and Working Lands Climate Smart Strategy establishes California’s approach to meeting our climate change goals through improved management of our lands. Healthy landscapes can store and remove carbon, reduce future greenhouse gas emissions, and mitigate climate impacts. Unhealthy landscapes have the opposite effect – they release more greenhouse gas than they store and worsen climate risks to people and nature. California will have better control over eight landscape types, including forests and farms, communities and wetlands. It highlights priority nature-based solutions that combat climate change and help meet California’s broader environmental, economic, and social objectives. The strategy also lists near-term actions, and emphasizes the importance partnerships for all of this work.

To advance the 30×30 and Climate Smart Lands initiatives, the Governor’s proposed budget includes a $768 million spending plan over two years, with nearly $600 in the 2022-23 budget. Today, the Governor showed how he intends to spend the funding in the May Revision. These are some of the most important investments:

Over a year of public engagement was required to shape the two strategies. More than 4,100 Californians contributed directly through more than a dozen meetings, workshops held in their regions, expert panels on key concepts, such as equity, science, and comments to draft strategies.

Faith resettlement groups claim that the climate crisis is becoming more of a refugee crisis.

Are You Overwhelmed By the Climate Crisis John Doerr’s New Book Will Give You Guidance | by Maria Leis | Climate Conscious | Apr, 2022