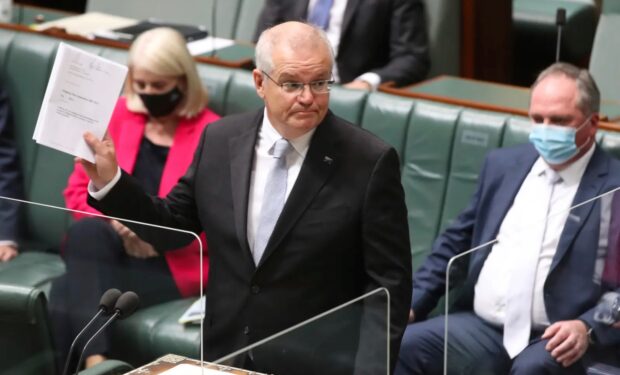 After years of uncertainty and indecision about global warming, the Prime Minister has released the third iteration to a bill which will give religious institutions the right of firing gay people.

Mr Morrison suggested that people needed practical solutions as Australia was being affected by more extreme weather events. “With our bushfire seasons becoming more intense, sea levels rising and arable land decreasing, you can be reassured that your government is doing everything it can to give religious people the opportunity to post sexist memes on Facebook,” the PM said.

Morrison stated that he is always listening to ordinary Australians’ concerns. “They say to me, ‘Scomo I just want my kids to have a future without having to worry about climate change destroying the world. And I say, ‘I hear you – soon your school will be able to sack your child’s teacher if they’re gay’.

The Prime Minister said that as people tried to make sense of the changing climate, there were two words on everyone’s lips – religious discrimination. “I hear it every time I go to my multi-million dollar tax-exempt church”.