Vladimir Putin’s horrific war in Ukraine has demonstrated how united and decisive people can be in times of crisis.

Europe has once again opened its doors for refugees fleeing from destruction. Every day, we witness a variety of humane gestures.

It was easy to overcome seemingly insurmountable obstacles.

And this is despite the enormous economic costs  energy bills are surging, public money is pouring into Ukraine, sanctions are biting here as well as Russia. It’s the right thing to take, and we know it.

This is how humanity should work together to achieve a common goal.

Let’s do the exact same for the planet

Why shouldn’t we do so when faced by crises that threaten the existence and well-being of all life on Earth? Climate change and rapid biodiversity loss pose existential threats to all life on earth, even if it’s not overhyped.

Yet, we continue to lag behind. The February Intergovernmental Panel on Climate Change report, which showed how climate change is already affecting billions of people’s lives and dangerously disrupting nature, was mostly ignored by the wider public. Similar indifference may be shown by the latest IPCC report on mitigating the crisis. 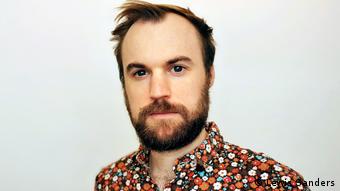 While leaders have made promises that they would keep the temperature at 1.5 degrees Celsius for as long as possible, we are still changing the climate so fast that it is difficult to adapt.

Despite minimal political support, a long-delayed attempt to reach a global agreement to stop the sixth mass extermination is moving at a glacial rate.

If we approached these crises with urgency, and made the sacrifices necessary to stop the outbreak of coronavirus, we would be able to stop the destruction.

This requires political courage and perseverance. But we have proven that we are capable.

Europe’s dependence on fossil fuels has been exposed by the invasion of Ukraine. Europe seems willing to sanction everything and everyone close to Putin  except his fossil fuels.

Europe is set to reduce its dependence on Russian gas and this presents a unique opportunity for renewed energy in the fight against climate change.

This is a chance for the energy transition to be rekindled, not to switch to more polluting gas from across the Atlantic.

We are beginning to see some of that political will needed to transition to 100% renewable power. Germany has pushed forward its renewable target to 2035 which is a promising sign. Some parts of the bloc are behind, especially in central or eastern Europe. They need help to get out of their rut.

The European Commission is currently drafting a plan to cut Russian gas use by two-thirds this year and end it entirely by 2027. But why limit it only to Russian gas? Why limit it to Russian natural gas? It’s not easy, and it might cause some economic pain in the short-term, but this vision is what’s needed to make sure we don’t all end as fossils on a dying planet.

We must also apply this thinking to all polluting areas, all nature-destroying activities and do everything we can to save the planet.

If we respond to these crises with the urgency we are capable, we can stop climate change before it’s too late.

A mission to save the pangolins in southern Africa

IPCC: The world must cut its carbon emissions by half by 2030