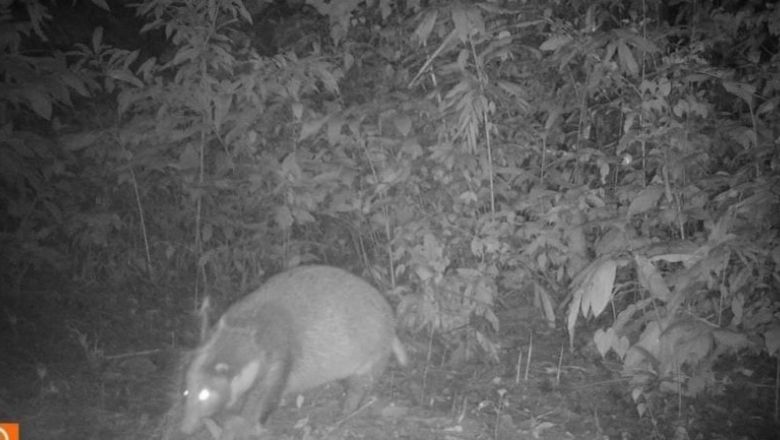 Although the hog badger is still present in the Kingdom, it is in unknown numbers. This is despite continued illegal poaching for their oil, which is used in traditional medicines that are largely based on superstition, according to Neth Pheaktra, Ministry of Environment spokesperson.

Three species of hog badgers are mustelids belonging to the genus Arctonyx. The species found in Cambodia is the greater hog badger (Arctonyx collis), which is listed as vulnerable on the International Union for Conservation of Nature’s (IUCN) Red List of Endangered Species.

Pheaktra stated that the hog badgers are found in natural protected areas in the northern and northeastern parts of the country. However, Pheaktra noted that there is no comprehensive global or national population data.

All of us need to do our part and stop eating bushmeat and using wildlife products. Poaching can also pose a risk to our health. Pheaktra stated that we should instead protect and preserve Cambodia’s natural resources for our future, and the future of our children.

Their continued presence has been confirmed time and again by motion-detection-based cameratraps. He added that this peaceful atmosphere allows the Kingdom ample opportunities to develop plans to preserve and conserve natural resources.

Pheaktra mentions that the IUCN considers the leopard, gaur, and clouded Leopard vulnerable. The Asian elephant, banteng, and giant muntjac are in the more serious endangered group.

The Sumatran and northern hog badgers, on the other hand are considered species of least concern. This means that they are not in danger.

According to the ministry, the greater hog badger’s head-plus body length is between 65-104cm. The tail is 12-17cm long, while the hind legs are 11.5-13.4cm long. Adults typically weigh between 7 and 14 kg, according to expert studies.

The mustelids body fur is dark grey to black with some yellow. It tends to have darker fur on its upper back than its lower back. It also has white cheeks, cheeks, and ear tips as well as a thin white stripe running from its nose to its tip.

It is a ground-dwelling mammal, nocturnal and prefers tunnels and rock crevices. It has long feet and powerful, curved white nails.

The ministry said that because of their weak senses of sight and hearing, the animals are able to use their snouts more to experience the world.

The ministry explained that greater hog-badgers emerge at dusk to hunt for tubers, bulbs and rhizomes as well as for insects and other small animals.

How visual intelligence can make the built environment more sustainable