Protesters blocked major roads in Serbia on Sunday and demanded the government cancel plans to build a lithium mine in the west of the country.

Environmental protection activists targeted the main north-south highway through Belgrade, which was unable to move for over an hour. Traffic on several other roads, including the border crossing with Bosnia, was also stopped.

Protesters demand that the government stop Rio Tinto’s plans to invest $2.4 billion (2.1 million) in a lithium mine.

What has the government done to respond?

Prime Minister Ana Brnabic led the ruling coalition in Belgrade and stated to Reuters that a decision on the mine would come after the country has held its general election on April 3.

The protests against this mine have been ongoing for weeks, with one occurring every Saturday. The activists pledged to continue protesting until their demands were met.

After thousands of protestors, activists claimed that the government had removed two laws that would have allowed for mine development.

Serbia is one of Europe’s most polluted countries after years of neglect, and would need to spend billions to clean up and achieve the environmental standards set as a requirement for accession to the EU. 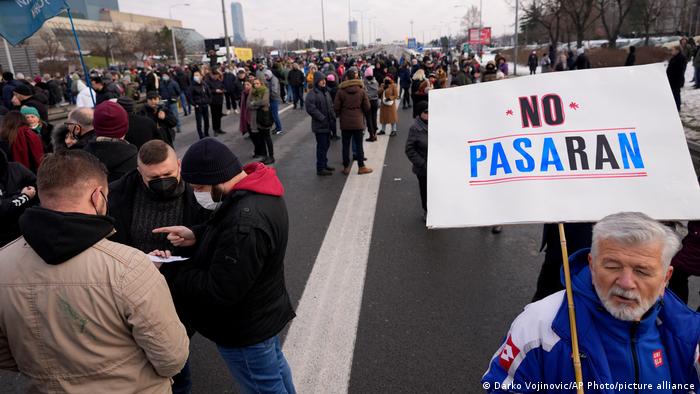 What did the protesters have to say?

One protester said to The Associated Press that Rio Tinto would not only pollute Serbia but also pollute the entire system.

“We don’t want to be silent. … We want this country to be safe for our children,” another protester in Belgrade told Reuters.

Some drivers responded aggressively, and several minor incidents were reported on Saturday.

One case saw a man injured in Sabac, western Spain, by angry drivers who tried to push through the protesters.

After protests, Serbia cancels plans for a lithium mine

Serbia suspends plans for lithium mine after environmental protests