On Tuesday, more snow could arrive in Vancouver Island.

Environment Canada warns of possible heavy snowfalls Tuesday morning through Wednesday afternoon. Special weather warnings have been issued for all areas of the island.

Environment Canada Tuesday morning stated that “Vancouver Island, and the Sunshine Coast are still under the influence from an unstable airmass.”

“This will produce pockets today of flurries. According to the weather agency, some of these pockets could produce short bursts heavy snow with rapid accumulation of snow on roads or walkways and sudden reduction in visibility.

Environment Canada did not provide any information about how much snow could be expected during this period, but estimates were released for North Vancouver Island where a storm watch is in effect.

Environment Canada predicts that between Wednesday evening and Thursday morning, 10 to 20 cm of snow will fall on North Vancouver Island.

Greater Victoria is expected not to be affected by the snowfall Tuesday. However, a special weather advisory is in effect for Malahat Highway. 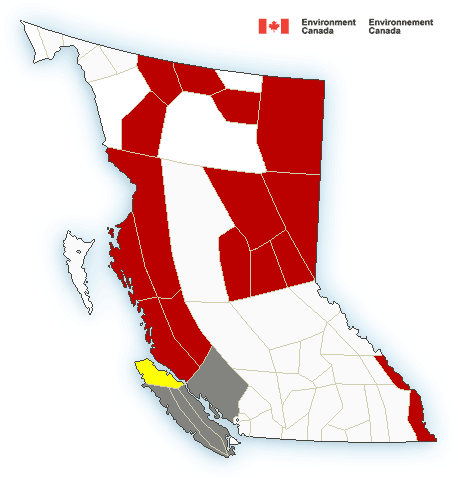