While his neighbors are busy tending to their fields in spring, Danie Bester, a South African farmer is out playing golf.

It’s because Bester has adopted no-till, a key practice in regenerative agriculture, on his 2,700-acre farm in Balfour, about 55 miles southeast of Johannesburg. 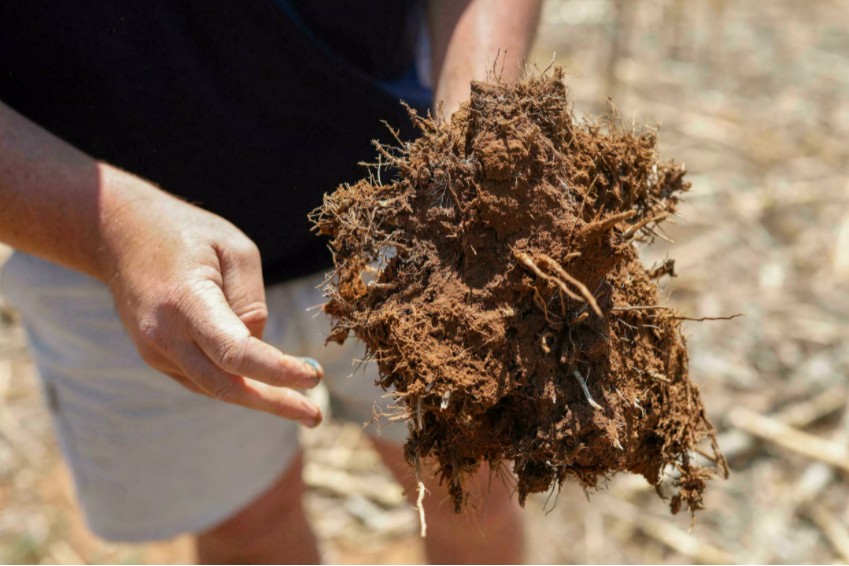 HEALTHY SOILS. Danie Bester, no-tiller, says that his fields are better than other South African farms that use large amounts pesticides or fertilizers. Photo by Phill Magakoe of AFP.

“My seedbeds are already growing and my weed control is in full swing.” Bester tells an AFP reporter. “I don’t need to do as much preparation for the event as the other guys.”

Cover crops are grown by Bester in the off-season to replace pesticides, heavy tillage, and irrigation. The cover-cropped fields are used as a fertilizer for cattle. Worms and microbes work in the soil to improve its health before the next planting season. He’s spent years testing his soil quality and manages his fields in blocks of about 54 square feet.

It’s taken a lot of trial and error, but his dedication is paying off. His soybean and corn yields are some of the highest in South Africa. He has received several national awards. No-till is also an option for countries facing a climate crisis. Experts say South Africa’s climate is warming twice as fast as the rest of the world.

No-till farming is not common in South Africa, which has some of the most industrialized farms in the continent. Most large-scale monoculture operations rely heavily upon pesticides and fertilizers. Bester hopes other farmers will be inspired by his success and try no-till. It seems to be working — several of his neighbors have already switched to no-till.

It’s important to think far into the future when making decisions about farming methods, Bester says. His goal is to use practices which will ensure that the land is fertile for his young children when they run the farm.

“We’ve got to get the soils back to what they were a hundred years ago,” Bester says. “The longer the soil will be healthy, the longer we will be able to produce food.

Conservation Farming Improves Water Use, Yield: South Africa’s water scarcity — and the need to import well over 1 million tons of wheat annually — mean that the country’s winter wheat growers increasingly have to optimize their water-use efficiencies.

Information Revolution Needed to Promote No-Till Worldwide: No-till adoption will increase worldwide. This will require a shift of mindset and a localized approach.

The No-Till Passport seriesThis article was brought to you by Martin Industries.

More from this series

Since 1991 Martin IndustriesThe company has been a leader in the design, manufacture and sale of agricultural equipment in the U.S. and Canada. Martin-Till is best known for its planter attachments. The company now offers a five-step system, closing wheels systems, twisted drag chain, fertilizer openers, and many other products. More farmers can plant to higher levels of residue with their durable and reliable planter attachments.