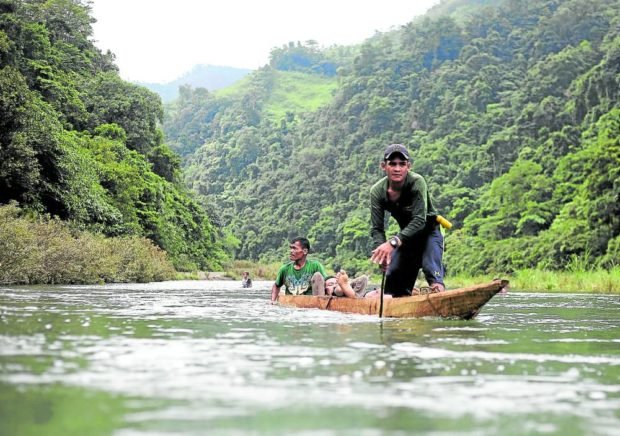 HOME OF THE TRIBE A group made up of Dumagat crosses Kaliwa Agos River in Infanta (Quezon province), in an August 2019 photo. Kaliwa Dam construction is being opposed by indigenous peoples living in the Sierra Madre Mountains. RICHARD A. REYES

(Third in a series).

In this year’s elections in Southern Luzon, candidates are facing major problems such as an unstable power supply and large-ticket projects that would cause displacement of IP from their ancestral domains and damage to the environment.

As conflicting interests of local leaders and IP groups clash, the state of the Sierra Madre mountain ranges will be the center of attention.

Sierra Madre covers the northeastern coast of Luzon, from Cagayan province (the north) to Quezon province (the south). It not only protects a large portion of Luzon from typhoons that can develop in the Pacific Ocean but also provides 40 percent of the country’s forests. According to Forest Foundation Philippines it is still at risk from illegal logging, mine activities, road construction, and development.

Nilo Tamoria was the regional director of DENR in Calabarzon (Cavite Laguna, Batangas Rizal and Quezon). He challenged candidates to stand up against the destruction of the Sierra Madre as well as the country’s forests and natural resources.

Based on 2015 land cover data, the UN Food and Agriculture Organization’s Global Forest Resources Assessment report showed that the Philippines has 7,014,156 hectares (or 23.4 percent) of its total area of 30,000,000 ha.

Tamoria stated that it is urgent for candidates to protect forests, other natural resources, noting that 20 illegal logging hotspots within Quezon’s Real, Infanta and General Nakar towns have been identified.

Oscar Bernardo Catilo was an environmentalist who is active in protection efforts for Sierra Madre in Infanta. He encouraged all candidates to examine the P12.2-billion Kaliwa Dam Project in northern Quezon. It covers portions of the Sierra Madre.

Metropolitan Waterworks and Sewerage System is pushing for Kaliwa Dam construction as a major part of its New Centennial Water Source Project in order to address a projected Metro Manila water crisis.

However, environmental, religious, activist, and government officials in Quezon have opposed this project. Fr. Pete Montallana, chair Save Sierra Madre Network Alliance(SSMNA), which noted that every Filipino would end-up paying for the dam’s cost.

SSMNA studies showed that the project would flood parts of the Sierra Madre in Tanay and Rizal; General Nakar and Infanta villages in Quezon. It is expected that it will flood a watershed area measuring 9,700 ha and impact 1,465 families.

Catilo stated that the project should be considered from the point of view of the rights of IP communities, which are protected by the Indigenous Peoples Rights Act of 1997. (Republic Act No. 8371), and laws that protect the environment, such as Republic Act No. 7586 or the National Integrated Protected Areas System Act of92.

Sierra Madres IPs stated that they would not consent to the project without their prior, informed and free consent, which is required by RA 8371.

According to Fr., the Mangyans from Oriental Mindoro face the same threat of being expelled from the land their ancestors cultivated. Edwin Gariguez, director at the Diocesan Social Action Center for the Apostolic Vicariate from Calapan, is Edwin Gariguez.

Fr. Gilbert Talabong, a priest from Unisan, stated that the continual construction of coal-fired power stations in Quezon province was a pressing concern that provincial candidates should address.

There should be no new plants. Talabong stated that the existing plants should be converted into an environment-friendly operation.

Three coal-fired power stations in Quezon are already operating in Mauban and Pagbilao. Despite protests from environmentalists as well as the Diocese, Atimonan is currently building a second plant. 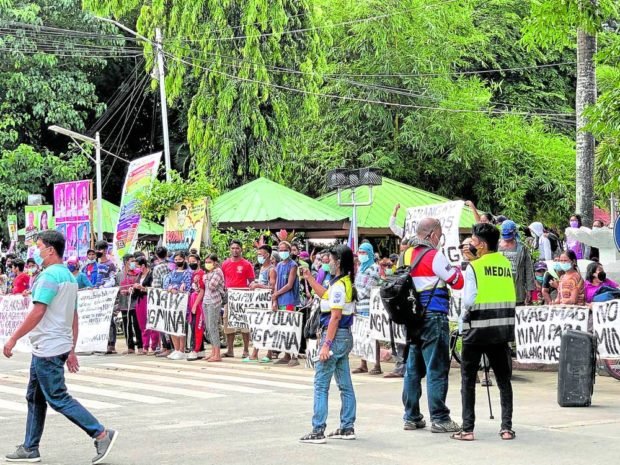 The last ecological frontier of the country, Palawan, is facing environmental problems that candidates for local positions must address.

Grizelda Mayo-Anda was the executive director at Environmental Legal Assistance Center Inc. (a nongovernmental organization based Puerto Princesa City) and stressed the importance of local governance for environmental management, protection, and preservation.

Anda, who has been an environmental lawyer for more than 30 years, stated that locals should remember who the environmental champions are. He also mentioned the importance of reviewing the track records of candidates when electing leaders.

Our voters should remember land grabbinggovernance as a key issue in the coming elections. This includes issues like mining, coal, renewable energy. Do your research. If you want to get it right, who is supportive of mining, who is active champion of renewable energy, and environmental justice champions that actually worked on issues of land-grabbing? Anda said.

On April 5, Brookes Point’s antimining residents, which included IPs and farmers gathered in protest at the town hall.

Environmentalists in Coron got a reprieve when President Rodrigo Duterte stopped a massive reclamation under the Constitution. Coron BayPalawan’s Provincial Government and its joint venture partners are spearheading the Reclamation and Development Project (CBRDP).

After meeting with Sagip Coron a group organized in concern residents, Duterte directed the DENR and the Thesis Committee on March 22. Philippine Reclamation Authorityto issue cease-and–desist orders and forfeit the illegally reclaimed land to the government

Bob Magallanes (Sagip Coron convener) stated that illegal reclamation of the town and quarrying had been causing environmental destruction to its once beautiful environment.

Coron is one our most beautiful and pristine national sanctuaries. It must be protected and I will protect. Magallanes stated in a statement that they had released on April 5 that it was against the law to devastate the mountains nearby and mine soil to fill the marine habitats. This will also result in the destruction of the areas foreshore land, which will be used for commerce and profit. 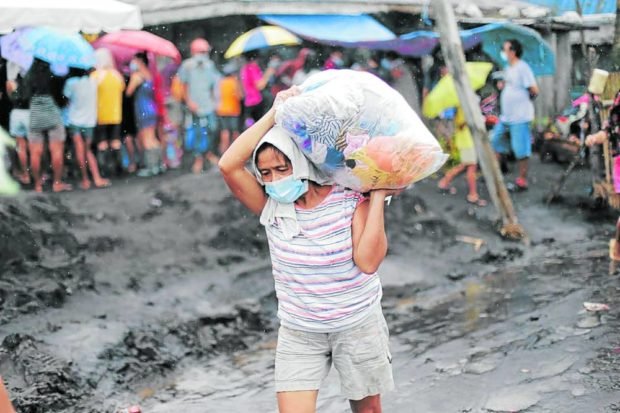 According to the town’s tourism master plan, the CBRDP is a 50-ha investment project that will be implemented in two phases to meet future demand for land for commercial and tourism activities. It will be located in the coastal areas of three Coron villages. The average depth is 5 to 7 metres below the seafloor.

Despite having two geothermal fields that supply power to Luzon, the Bicol region is plagued by unstable power supply.

Local power distribution companies and cooperatives in the area are facing various operational and technical difficulties, including unpaid consumer bills, system losses due to rampant power thefts, and antiquated transmission line and station that are easily damaged during strong typhoons.

Environmental Sciences | Proceedings of the National Academy of Sciences | – pnas.org

Catanduanes is an island province that experiences frequent, unscheduled power interruptions. The First Catanduanes Electric Cooperative Inc. blames old wires that were damaged or blown away by strong winds and storms.

Masbate residents complain of weekly unannounced and rotational brownouts. These could last over 12 hours on Saturdays, due to insufficient electricity supply to its growing population.

Rosemarie Quinto Rey is president of Albay Chamber of Commerce and Industry. She wondered why Albay consumers have to pay such high electricity prices when the province and neighboring Sorsogon can produce geothermal energy.

Is it possible to get a lower electric rate? What about the frequent, unannounced and scheduled brownouts? What are the plans of the government to alleviate the burden on the people affected by such events? Rey asked. 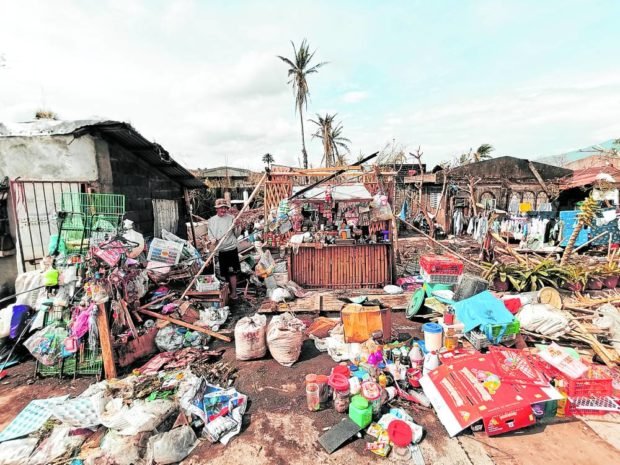 DEALING with CALAMITY Bicolanos have come to terms with calamities and have learned to cope with the effects of destructive typhoons, as well the constant threat of volcanic eruption. This photo was taken October 2020. It shows a Malinao resident sorting through the debris of Typhoon Rolly, also known as Goni. GEORGE GIO BRONDIAL.

Bicol’s problems are compounded by the need to deal with destructive Typhoons. The region is located on the country’s eastern seaboard, which is often prone to typhoons. There is not always a lot of quick response funds.

Lemuel SURTIDA, Catanduanes’ provincial administrator said that the creation of a Department of Disaster Resilience would be a boon for the island province.

The department would increase disaster risk resilience capabilities by being created. [of local governments]He stated that they are lacking the necessary manpower, equipment, or infrastructure.

He stated that this would help speed up the response and address the needs of the most vulnerable, since there would be a budget allocation.

Rey, president of ACCI, stated that the Bicol provinces are not able to create permanent shelters for those who live in high-risk zones, despite their vulnerability to disaster.

Don’t miss out the most recent news and information.