After widespread criticism from environmental groups regarding the FTA with Australia, the UK Government has stated that the environment sustainability will be a “key” element in future free trade agreements (FTAs). 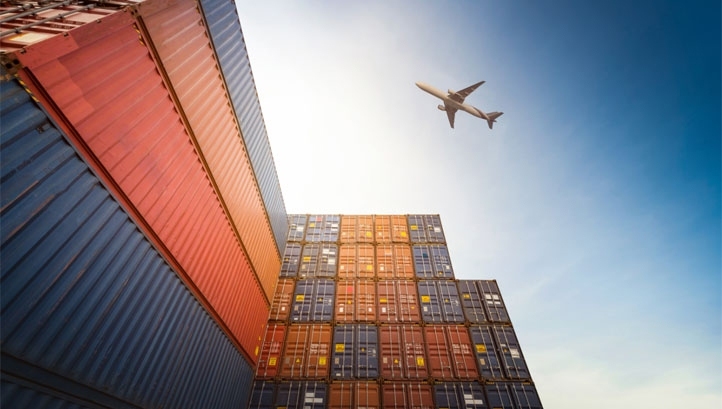 Today’s pledge is in response to the official report by the Environmental Audit Committee. It was published last autumn by MPs. The EAC’s initial report outlined the findings of its inquiry into the ways in which the UK impacts biodiversity globally, through multinational supply chains and international trade agreements.

Taking into account the UK’s position as a net importer, with WWF claiming that 46% of the UK’s total annual carbon footprint – and the majority of its negative impact on biodiversity is generated overseas – the EAC’s report warned that the UK Government risks missing its long-term environmental targets due to a lack of strong, joined-up policy internationally. These include the 2050 net-zero target and the UK’s commitment to the UN’s 30 by 30 agenda, which requires supporting nations to safeguard at least 30% of marine and terrestrial habitats by the end of the decade.

Specifically, one of the report’s key recommendations was for ministers to assess the environmental impacts of all future FTAs and use the findings as a key deciding factor on whether to sign agreements, and what green requirements to implement if they are signed.

The Government’s response confirms that such assessments will be undertaken going forward, calling environmental sustainability a “key metric”.

“Scoping and impact assessments for new FTAs post-Brexit include both qualitative and quantitative assessments of the impacts on several aspects of the environment, including greenhouse gas emissions, air and water quality and biodiversity,” the response states. “The Secretary of State for International Trade will work closely with other government departments to assess the environmental impacts of new FTAs and to improve their coverage and approach. This includes developing methodological improvements and exploring further qualitative assessments, exploiting new data and evidence.”

“Embedding nature protection in trade agreements not only safeguards biodiversity, but it sends a striking message to trading partners that this must be prioritised.”

WWF was less impressed. “It’s welcome that the Department for International Trade is giving greater consideration to the impact of trade on the environment, but vague commitments about environmental assessments won’t be enough – ministers need to go further to use trade to drive the transition to greener farming,” said WWF’s executive director of advocacy and campaigns Katie White. “That means establishing core standards, including environmental standards, for all foods sold in the UK, and a new legally-binding target to slash the UK’s global environmental footprint by 2030.”

Last summer, the Secretary of State for International Trade Liz Truss wrote the foreword to a report from the Board of Trade in which she asked the UK Government to reject “green perfectionism” in trade deals. Her message focused on increasing the export of low-carbon technologies. However, it was not well received due to the fact that free trade is poorly regulated and has historically contributed towards the climate crisis.

The UK has signed more than 70 FTAs already and is currently in negotiations for India.

The Government’s response to the EAC report also confirms that several other recommendations are being taken on board.

Among them is the development of a new “clear and accessible definition of sustainability” within the Government’s own buying standards. The EAC’s report was published in September 2021 and, in October, the Government launched a review of its sustainable procurement framework with the support of the Global Resource Initiative. The Government replied that they had strengthened rules on certain issues, including the deforestation of food and furniture supply chains by mid-2022.

Not all recommendations are accepted. The EAC heard arguments from many organisations for the strengthening of the Environment Bill’s new ‘comply or explain’ mandate, requiring large UK-based businesses procuring forest-risk commodities to prove their supply chains are free from illegal deforestation. The mandate was criticized for allowing deforestation to continue in countries with lax laws, like Brazil, and for not applying the financial sector.

The Government’s response calls the legislation “world-leading” and says it has a “very specific purpose” that will not be expanded. It states that supply chain transparency will be boosted in the future by the forthcoming Taskforce for Nature-Related Financial Disclosures (TNFD) framework and the UK’s green finance taxonomy.

In related news, 10 Downing Street has this week confirmed that Prime Minister Boris Johnson will table a new ‘Brexit Freedoms Bill’ in a bid to “cut £1bn of red tape for businesses” post-Brexit.

If passed, the Bill would allow EU laws that were transposed into UK law to be reformated more quickly and easier. “Minor and technical” changes could be made to laws without consultation with the House of Commons, should the Bill pass.

“Despite our exit from the bloc, EU laws made before 1 January 2020 continue to have precedence in our domestic framework,” Number 10 said in a statement. “This is simply not compatible with our status as a sovereign, independent country and the Government will bring it to an end as quickly as possible.”

The statement identifies specific areas that should be addressed in order to change EU laws, including agriculture and climate.

However, while the statement touts “improved regulation”, some have argued the move is a thinly-veiled attempt at deregulation – which, in the past, has harmed the environment.

Greenpeace UK’s chief scientist Doug Parr wrote A Twitter thread on the topic, stating: “The fast-tracking being announced carries serious risks. It’s not open debate.[makers]Changes can be made quickly and easily. There are reasons for concern here…. Excess executive power needs to be curbed.”