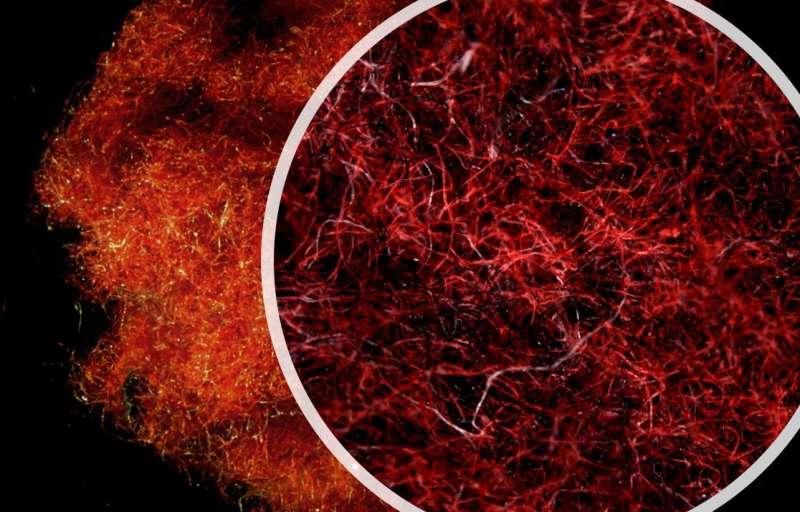 A new analysis has found that tumble drying a load of laundry released microfibers into the air at a level comparable to the amount of microfibers released down the drain during machine washing of the same loadbut fabric conditioners and lint filters with smaller pore size reduced release from dryers. Dr. Neil Lant and colleagues from Procter and Gamble and Northumbria University, U.K., present these findings in the open-access journal PLOS ONE on April 6, 2022.

Prior research has shown that clothes washing releases miniscule fragments of clothing, called microfibers, into the environment. Microfiber pollution poses risks for environmental and human health, and microfibers from clothing made of synthetic materials, such as polyester, pose greater risks because they biodegrade much more slowly than natural fibers, such as cotton or wool.

Much research into microfiber release during laundering has focused on microfibers released down the drain by washing machines, but less is understood about release from tumble dryers. To help clarify dryer microfiber release, Lant and colleagues measured release during washing and drying of laundry loads each consisting of 10 polyester T-shirts and 10 cotton T-shirts under typical North American and European domestic drying conditions.

The scientists note that more research is needed to clarify the impact of microfibers released by tumble dryers. In light of their findings, they suggest several routes that dryer manufacturers and policy makers may consider to reduce such release, including improving lint filter design or switching to fully-sealed condenser dryers, which do not release fibers into the air.

The authors add: “Over 30 billion wash loads are tumble dried in vented dryers every year in North Americaaround 60,000 loads starting every minute, resulting in thousands of tons of fibers being released to the air annually. Our research found that airborne fiber pollution from dryers can be significantly reduced by improving the design of vented dryers or using fabric conditioning liquids or sheets. However, a move away from vented dryers to heat-pump condenser dryers is likely to be the best long-term solution as these don’t release any fibers to the air and are much more energy efficient.”

Clothes dryers are an underappreciated source of airborne microfibers

This document is subject to copyright. Apart from any fair dealing for the purpose of private study or research, no
part may be reproduced without the written permission. The content is provided for information purposes only.

Prioritize environment and do cost-benefit analyses