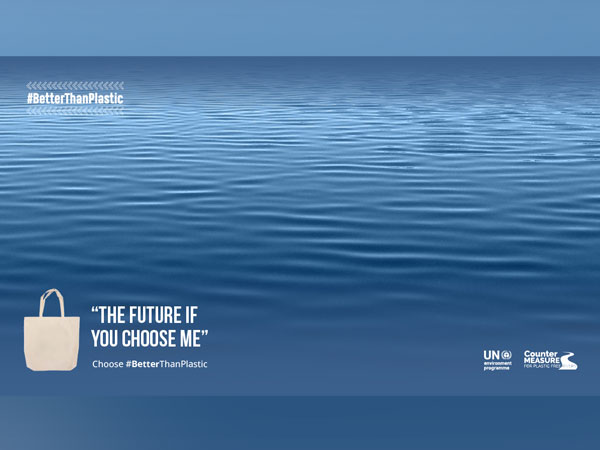 Haridwar (Uttarakhand) [India]December 20, (ANI/BusinessWire Indian): To highlight the effects of plastic pollution, and the urgent need for better choices, a Video Story capturing people’s voices from the banks of the Ganga river was released on Monday, featuring local community champions and residents from across the Gangetic belt.

In addition to industry leaders from the F&B sector, startup founders also joined the conversation. roundtable eventDiscuss the alternatives to #PlasticSeBehtar

This campaign reached over 4 million people in less than a week. More people are joining the conversation to share other alternatives that are #BetterThanPlastic.

Each year, between 1.15 and 2.41 Million tonnes of plastic waste enters oceans from rivers. Asian rivers account for 86%. Global input. These rivers run through areas that are home to millions of people. One example of such a river is the Ganga River.

To raise awareness about the negative effects of plastic pollution and to encourage people to make better choices than plastic. [plastic se behtar] in India, the United Nations Environment Programme’s CounterMEASURE projectIn collaboration LetMeBreathe has launched a campaign focusing on this urgent issue, and very importantly, the solutions: What’s #PlasticSeBehtar?

Capturing people’s voices from the banks of the river Ganga, one can hear first-hand from the local community champions about this issue in the video story. “Nobody throws garbage on their mother, the same way it is our responsibility to keep our river Ganga clean,” says a school student studying in Rishikesh. Vinod, a social worker in Varanasi reiterates the same sentiment, “People say we need to clean Ganga, but I am saying we don’t need to clean Ganga, we need to spread the message that we should not pollute Ganga in the first place!.” Watch the Story now.

Everyone knows that plastic pollution is a big problem, yet one’s relationship with plastic is a contradictory one. It is an integrated part of everyone’s lives. “It is important that environmental costs and prices are internalized so that change becomes a norm instead of a niche” explains Divya Datt, Programme Management officer at UNEP India. It is imperative that people are aware of better choices and better ways to reduce plastic use.

“You have to make slightly hard decisions once in a while. That’s the only way you can start making change. We stopped take-away coffee orders at our cafe” explains Gauri Devidayal, Co-founder and CEO of Food Matters Group.

Following the debut of this campaign, industry experts in the F&B sector like Gauri, along with startup founders came together for a roundtable discussion to share insights on what’s #BetterThanPlastic. As author, food columnist and historian, Anoothi Vishal puts it, “there is so much scope at B2B level & B2C level where we can reduce plastic waste generated by the [F&B] industry.” Chef Thomas Zacharias (aka ChefTZac) shares insight on how a shift in mindsets is needed, “let’s make it trendy to go back to the roots. Let’s make it cool to be minimalistic. We have to think of ways of making being conscious & responsible more fun, easy & accessible.” Watch the whole discussion now.

It matters what choices people make. “Today sustainability is a choice. In the next 5-7 years, it will be a mandate” as Aditya Ruia, Co-Founder of Beco aptly summarizes.

Positive actions taken as an individual, as a community, as a business owner – have an impact. As part of this campaign, the United Nations Environment Programme’s CounterMEASURE project and LetMeBreathe will continue to highlight such individuals, communities and businesses that are taking similar positive actions.

Whenever one opts for an alternative to plastic or works towards a solution to plastic pollution, these ‘small wins’ gather momentum for collective action to beat plastic pollution and its adverse impact on rivers and ecosystems. The campaign’s goal is to encourage more people to have this conversation.

You can share your solution by using the hashtag #PlasticSeBehtar @BetterThanPlastic

This story was auto-generated using a syndicated feed. ThePrint is not responsible for its content.

How to fix the crisis in news media

India requires free, fair, non-hyphenated, and questioning journalism more than ever as it faces multiple crises.

The news media is facing a crisis of their own. There have been severe layoffs and pay cuts. The best of journalism is fading away, giving way to crude prime time spectacle.

ThePrint employs the best young journalists, columnists, and editors. To sustain journalism of this quality, smart and thoughtful people like you must pay for it. You can do it anywhere, whether you are in India or elsewhere.