This warning is based on a study done at the University of Tsukuba in Japan. The research team modeled how current patterns would change in the future using historical trends and a future scenario where global-mean surface temperature increases by 4 degrees.

Focusing on what some have termed ‘sky rivers’, which have caused a number of extreme weather events in East Asia over the last decade, results showed that as global temperatures climb so too will the prevalence of these bands of water. Their impact on societies and economies will increase, in turn. 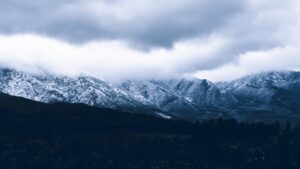 This is due in part to the way that atmospheric rivers behave. These rivers carry large amounts of water in the air. Problems arise when they meet obstacles, such as a mountain range. This is when the phenomenon becomes precipitation, which can drop large amounts of precipitation over a small area. This increases the risk of flooding and other disasters.

At the moment, atmospheric rivers are most commonplace in Japan. The highest extreme rainfall events have occurred on the slopes the Alps. Taiwan, the Korean Peninsula and the north-east China have also been impacted. Future simulations will predict higher levels water vapour transport, more super-precipitation and record breaking downpours.

The UN’s Guterres: World in deeper crisis as a result of COVID-19, Climate Change

“Like a Work of Art:” Pristine Coral Reef Discovered Off Tahiti – Mother Jones