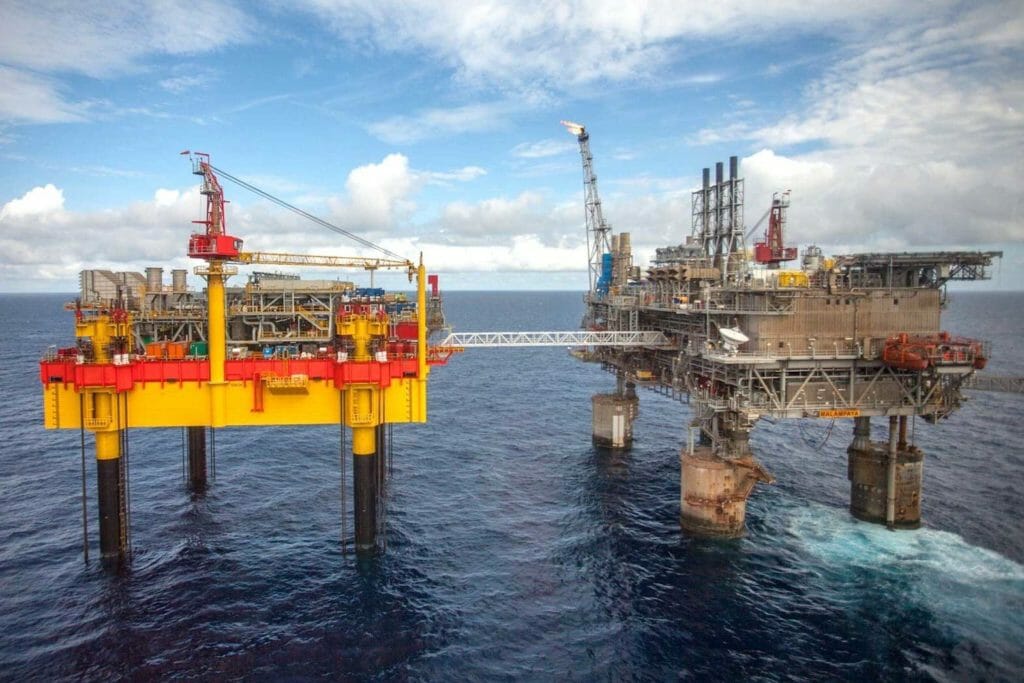 The Malampaya Deep Water Gas-to-Power Project can be found 50 kilometers offshore Northwest Palawan. It is the country’s only natural gas-producing asset. INQUIRER FILE

NEW YORK—Shortly after Rodrigo Roa Duterte assumed the presidency in 2016, he named Gina Lopez as head of the country’s Department of Energy and Natural Resources (DENR). Lopez, a prominent environmental activist from the Lopez family of ultra-wealth, died in 2019 from cancer. She advocated for the protection of numerous biodiversity areas, initiated the cleanup of Pasig River—the capital region’s main riverine system—and was a staunch opponent of the mining industry, once declaring, “The Philippines does not need mining.”

Her appointment was a signal to the nation that he is serious about protecting the environment.

That positive view of the Duterte government’s environmental stance didn’t last long, however. One of Lopez’s first acts was to halt all mining activities in the country, making her, as far as the powerful mining industry was concerned, Public Enemy #1. It was denied by the Commission on Appointments when she was confirmed. According to political observers, President Duterte could’ve stepped in and defended her and her appointment would’ve been confirmed.

It was business as usual.

Despite his campaign promises, and his image as a tough sheriff who would run town’s bad guys out, this president is not a reformer. His tenure has been marred by cronyism, political wheeling and dealing, and the public interest is not his concern. His brutal drug war is notorious for its extrajudicial killings, as is his toadying to Beijing at the expense of the country’s territorial integrity. And he is no guardian of press freedom—the sustained harassment of Nobel prizewinner Maria Ressa and Rappler, the independent nonprofit media group she co-founded, is the most obvious example. His handling of the pandemic crisis has been nothing but disastrous.

Now there is the brewing scandal over the Malampaya natural gas fields, located in offshore Palawan and co-managed by Chevron and Shell, that since 2001 have supplied 40% of Luzon’s power needs and 20% of the entire country. While the country is still dependent on fossil fuels—weaning the archipelago away from these was one of Gina Lopez’s goals—Malampaya remains an overwhelmingly strategic and vital resource. Davao businessman Dennis Uy—a close friend of that other Davaoeño, Rodrigo Duterte and to whose presidential campaign Uy donated a reported 30 million pesos—through his Udenna Corporation purchased Chevron’s shares in 2019, and Shell’s in 2020, giving Uy control of  90% of all the shares.

The lack of transparency and the fact that Uy (and Udenna) are unknown and untested in the energy industry have raised questions about the transaction. Additionally, the Philippine National Oil Company (PNOC) had the right to match the businessman’s offer but failed to do so. This would have given the government a larger share of the revenues. Former president of the state-run Philippine National Oil Company (PNOC) Eduardo Mañalac deplored the government’s inaction, pointing out that it effectively forfeited billions of pesos in profits.  Nor did the Department of Energy (DOE) under Alfonso Cusi perform due diligence before clearing the deal, leading to the charge that the DOE was remiss in its duties in reviewing Udenna’s financial capacity.

The Philippine Bar Association (PBA) has urged the DOE to investigate this transaction, stating that it “requires immediate review. We call on the DOE to put national interest first, and attend to the matters that became the convenient premise for this questionable transfer.” Further, “Malampaya is a crown jewel of the country’s energy infrastructure. That it ended up in the hands of an entity that is not technically or financially sound is beyond negligent, it is criminal.”

Also demanding an investigation are three concerned citizens — University of the Philippines geologist Balgamel de Belen Domingo, US-based lawyer Rodel Rodis, and US-based businesswoman Loida Nicolas Lewis. They have filed cases against DOE Secretary Cusi, Dennis Uy, and 24 others before the Office of the Ombudsman for conspiring to “give unwarranted benefits and advantage” to Udenna Corporation’s acquisition of Chevron’s and Shell’s shares. Ms. Lewis alleges that  “Dennis Uy donated P30 million to Duterte’s campaign in 2016. With Chevron and Shell’s income, he gets back P1.2 million pesos a day! That should be to the Filipino people‘s benefit, not Dennis Uy and Udenna.” Incidentally, Uy’s 2020 net worth is estimated to be $650 million, making him the Philippines’ 22nd-richest person.

Opinion: Do You Want to Save the Oceans from Climate Change? This bill is now supported.

The ongoing scandal echoes the recent scandal surrounding the award of a lucrative contract by the government to purchase personal protective equipment (PPE) for distribution to frontline health professionals as well as the general public. At the heart of the scandal is  Pharmally Pharmaceuticals.

Registered at the Securities and Exchange Commission (SEC) on September 4, 2019 by Huang Tzu Yen, a Singaporean, the company has obtained 13 contracts with the government worth a total of P11 billion—all involving PPE—despite having a declared paid-up capital of only P625,000. At a Senate hearing, Linconn Ong, Pharmally director, admitted that the company did not initially have stocks of PPE and the inventory that the company delivered came from a local supplier—TigerPhil Marketing Corporation. The investigation revealed that Pharmally, without the capital to purchase the supplies, borrowed money from Michael Yang, another close friend and colleague of President Duterte.

The government’s official statement on climate change is wonderful—As a campaign promise. What’s truly needed is a change in Moral climate, where government and the business sector take as an imperative the fact that there is enough for everyone’s need, but not for anyone’s greed. To expect the Duterte administration, or any of the nation’s political dynasties, to act on this is to believe that pigs can fly.

Subscribe to our newsletters Get updates right into your inbox

Don’t miss the most recent news and information.

Q&A: What does the German coalition government’s new formation mean for climate change?