Christian Aid’s new report reveals that the 10 most severe climate-related catastrophes of 2021 caused over 120 billion dollars in damage.

Weather extremes like storms, floods, and droughts were responsible for the destruction.

The figures mean that it is the sixth year in which natural catastrophes have caused more than $100bn (£77.7bn) worth of damage, all of which have occurred since 2011.

The estimated costs of disasters are likely to be underestimated. They only include insured losses so the true cost is likely to be higher. Many of the disasters caused significant deaths.

These are the five most costly disasters in 2021.

The Category 4 hurricane struck the Caribbean in late August before making landfall in Louisiana, USA. It then traveled through several southern US states. And up the eastern seaboard.

The storm caused an estimated £49bn worth of damage and claimed the lives of 95 people in the US.

Flash flooding occurred in Europe in July after heavy rainfall. 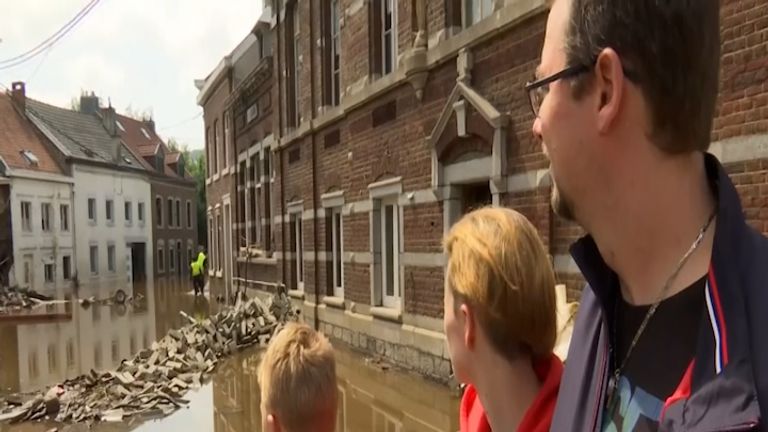 “We went into our house, and had to swim.”

It resulted in £33bn in insurance losses and 242 deaths.

Texas was hit by freezing temperatures in February, resulting in the worst blackouts in the US in almost 20 years.

Houston saw its second lowest temperature in Houston, -11C (12.2F), due to the cold. Increased energy demand that surpassed the grid.

The storm caused widespread power disruptions in Mexico, heavy snowfall across the US, and even tornadoes in Florida.

The total insurance damage has been estimated at £17.2bn.

Henan Province in China was affected by flooding due to heavy rainfall in mid-July.

More than 300 people are believed to have died as a result of the disaster, which left behind £13.3bn worth of damage.

British Columbia was flooded by November rains in western Canada.

As rivers burst their banks, bridges were washed away and homes were flooded.. It was less than six months after a heat dome in the same province that caused record temperatures and hundreds of deaths.

The floods caused an estimated £5.6bn of damage.

This list is biased towards wealthy nations, where insurance claims will be more expensive, but the human cost of disasters in developing countries is often greater.

For example, floods in South Sudan caused 850,00 people to be displaced, even though they were not on the top ten most expensive disasters.

Dr Kat Kramer, the lead author of this report, stated that “The costs associated with climate change have been grave in this year’s both in terms of eyewatering financial losses and in the death or displacement of people around world.”

In a poll to accompany the report, she also commented on the fact that “the Environment” was the most popular issue cited by respondents when asked what UK government’s new Year’s resolution should be.

Dr Kramer stated, “It’s striking, despite the fact that we are in the middle of an epidemic, the public views this issue as a greater political priority than both the economy and healthcare.”

“If the prime Minister wants to build upon the legacy of COP26, he will need to ensure that climate change becomes a priority government priority in 2022.”