A climate bill that has been signed by leaders from several coalition parties will be presented in the coming weeks in an effort to force the government not to break its coalition agreement or take steps to address climate change in law.

Drafted by the environmental advocacy organization Adam Teva V’Din, the bill will be presented by Yorai Lahav-Hertzano (Yesh Atid).

It has ambitious targets to cut carbon emissions to 45 percent and generate half of the energy from renewable sources before the end of the decade. It will provide the legal basis for creating, budgeting and implementing national plans to reduce greenhouse gas emission and prepare for the effects of climate changes, which are expected be felt most severely in Israel and the Middle East.

While vesting professional authority in the Environmental Protection Ministry, Lahav-Hertzano’s bill will put climate change at the door of the whole government through the creation of a National Climate Council within the Prime Minister’s Office. This council will approve policy, monitor and enforce implementation, and settle inter-ministerial disputes.

It echos the recommendations in a The state comptroller’s shocking report issued on the eve of last month’s United Nations COP26 Environment Conference in Glasgow, Scotland, to pass a climate law, and to create, budget, and empower a permanent body that can implement climate crisis-related plans.

Under the chairmanship of the PMO’s director-general, the climate council will include broad representation from ministries, planning authorities, emergency services, utilities, local government, green organizations, and youth. 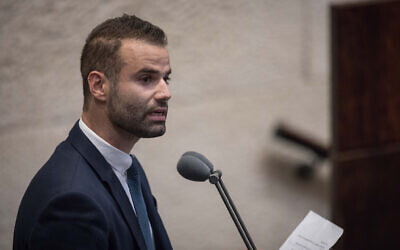 Yorai Lahav – Hertzano, a member of the then-Blue and White party, in Jerusalem’s Knesset on May 14, 2019. (Hadas Parush/Flash90/File)

It will be advised and managed by a 15-member committee of independent experts that will meet at minimum every two months. They will report to the public and be paid.

The First draft of a climate bill, also co-written with Adam Teva V’Din, was unveiled in April by former environmental protection minister Gila Gamliel. It was pulled by Tamar Zandberg (her successor), after it became mired in objections from finance and energy ministries.

Bracha stated that the government is breaking its coalition agreement.

In his report, the state comptroller noted that governments have made formal climate action decisions over the years but not implemented them. They have also set goals that were never achieved. There were no proper budgets or legislative teeth. 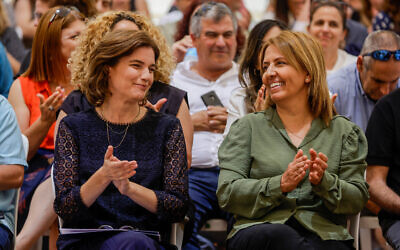 Even the 30% target — which, according to the state comptroller’s report, is not in line with the 2015 Paris Agreement’s requirement for “ambitious” goals — is the lowest among OECD countries, which are aiming at anything from 40% to 100% renewables by the end of this decade.

Giving an example of the importance of having a law, Bracha said, “The government has not fulfilled its commitments (to update a national program for cutting and reducing air pollution every five years) under the Clean Air Act.

“The existence of the law is what enabled us to turn to the High Court and get it to Place an order for the government to update the program within two months,” he said.

Lahav-Hertzano’s draft bill will outline the goals and the systems required to achieve them. 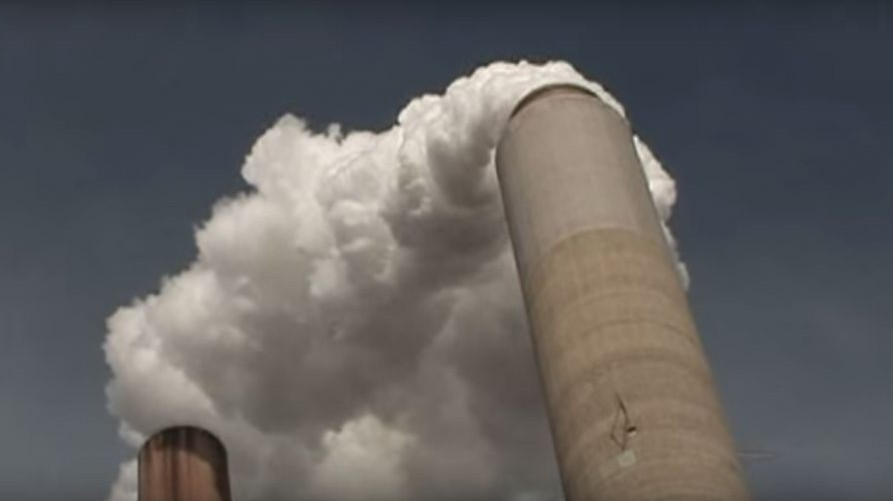 It includes a 2050 target to net-zero emissions (in that carbon that is released into the atmosphere is balanced out by carbon absorbed by, for instance, forests or peatlands). This is in line to international trends and with promisesThis was done by Prime Minister Naftali Bint and Energy Ministry Karine Elharrar two days before the Glasgow confab. It contrasts with Official government policyThe most recent Commitment to the UN, which is to reduce emissions by at least 85% by midcentury

While the government is aiming to reduce emissions by 27% by 2030, Lahav-Hertzano’s bill will specify a 45% cut by that date, in line with UN recommendations for keeping global warming to within 1.5 degrees Celsius (2.7 degrees Fahrenheit), compared with the pre-industrial period. 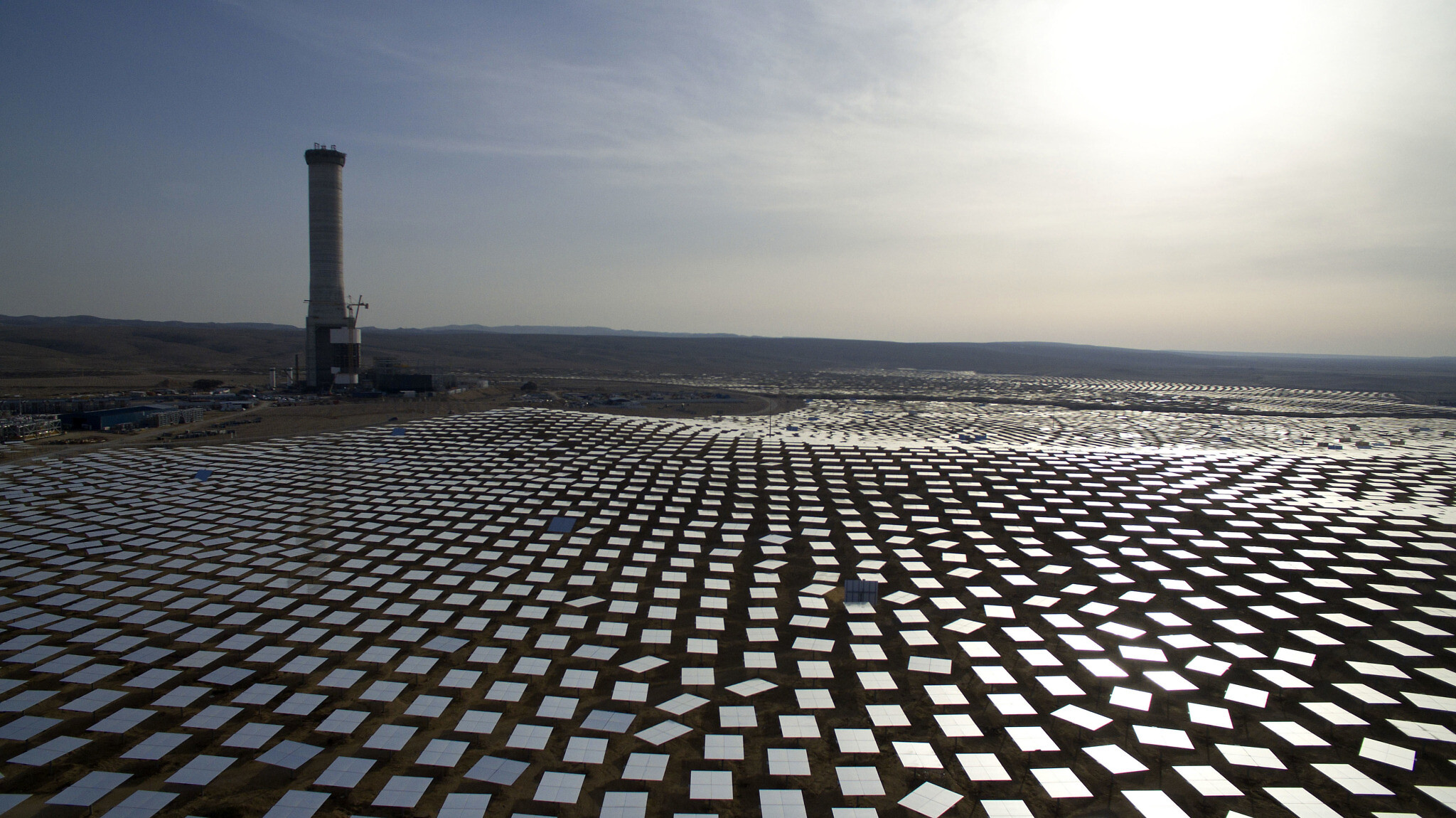 These mirrors are known as heliostats and were used to encircle a solar turbine in the Negev Desert, near Ashalim, south Israel on December 22, 2016. (AP Photo/Oded Balilty/File)

It will require that 50% of the energy mix be from renewable sources by 2030. This is based on calculations by the Environmental Protection Ministry that solar panels can provide 47% of energy by that time.

Banks are more at risk from climate crisis

The state committed to reducing energy use by 17% by 2030, but is nowhere near doing so, as the state comptroller’s report pointed out. However, there has been some improvement thanks to another law.

Adam Teva V’Din was able to submit a High Court petition based on the 1989 Energy Sources Law, successfully forcing the Energy Ministry to fulfill its obligation to create an energy-efficiency program. It was then budgeted by the government at NIS 900 millions ($285 million). 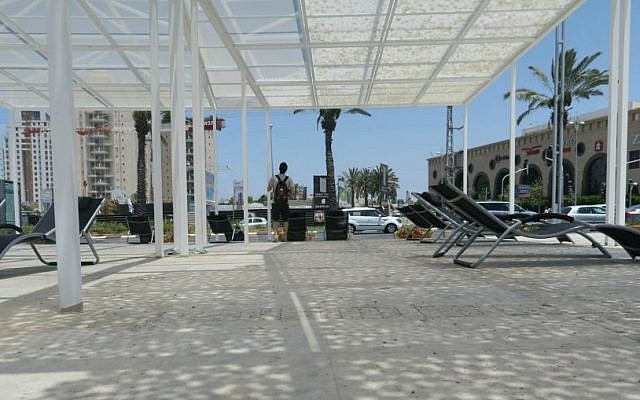 The bill includes chapters on mitigation — reducing carbon emissions — and adaptation to climate change, presenting content and timetables for the creation of national plans dealing with both.

Several years ago, the Environmental Protection Ministry’s then-chief scientist Sinaia Netanyahu oversaw the creation of a national plan to adapt to climate change and extreme weather events. It was never budgeted and it was not enacted.

The bill will also require that all government permits and regulations be examined in light of the targets and purpose of climate legislation.

In the past most environmental laws were pushed through opposition members as private bills.

Neither Bracha nor his deputy, Tamar Gannot, expect the government to adopt Lahav-Hertzano’s bill as is, but to take inspiration from it and to present a bill of its own.