The rescue team is here 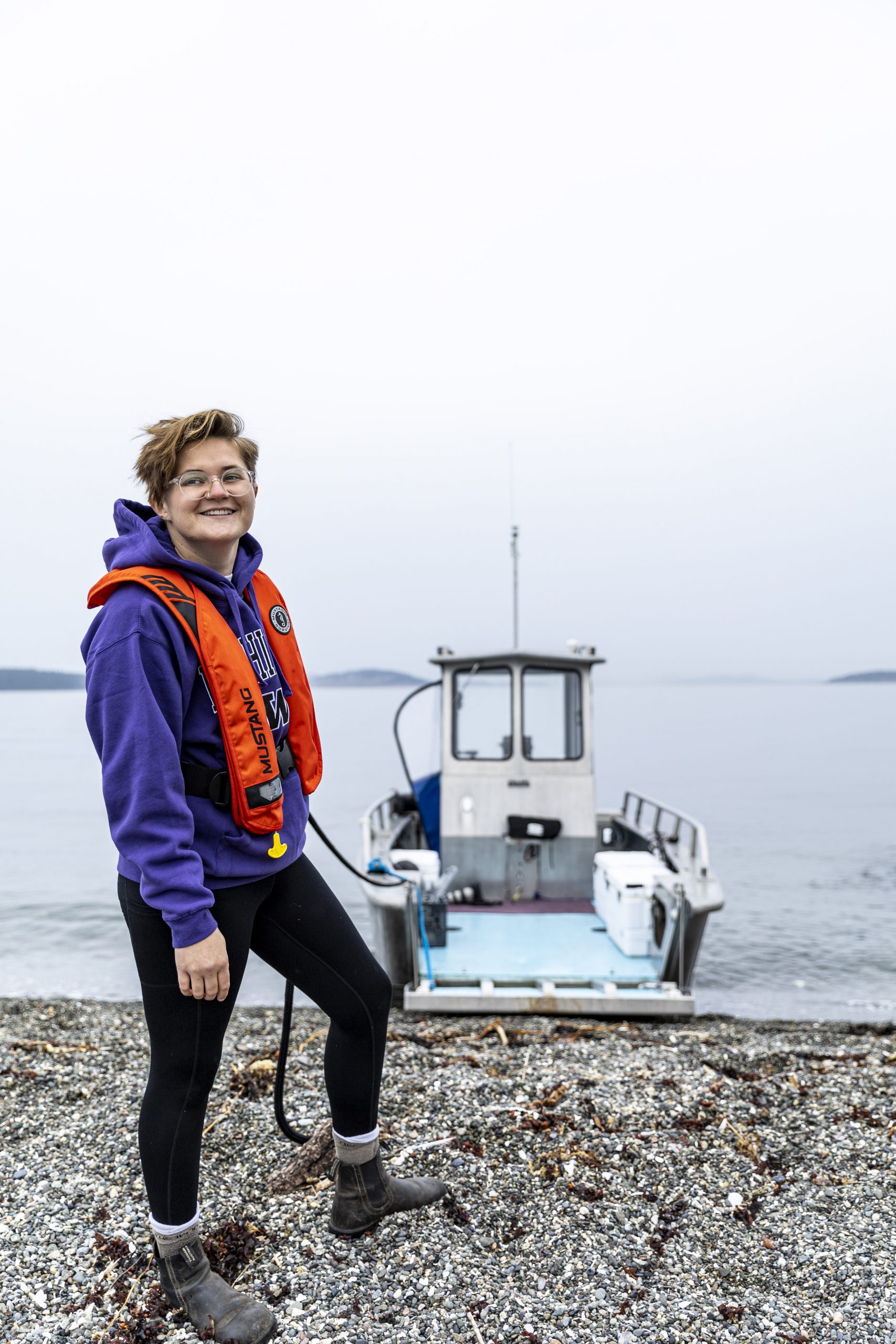 Scott holds the line to R/V Buzzard, which her team uses to respond to calls from stranded marine mammals.

Alyssa was a high school senior when she watched scientists at Friday Harbor open a dead harbor sealing pup to determine why it had died. Scott was captivated by the nitty-gritty of research as they cut through the scarlet tissue to expose the animals inner organs.

I knew very little about oceanography and marine science before that point. It was all calculated stuff, Scott recalls. Scott also recalls how other summer program participants walked away from necropsy. This was amazing.

Scott was determined to become a marine scientist and looked to the UW’s oceanography program. She wanted to spend time at Friday Harbor Laboratories at the UW, a unique marine station in the San Juan Islands. She spent 10 weeks there during her senior year doing research for her thesis.

Scott is back in Friday Harbor responding to calls about stranded whales, porpoises, sea lions, and porpoises across San Juan County.Reports peak in the summer when the islands receive an influx of both tourists as well as newborn harbor seals.

Scott and her team are called out by callers to help stranded pups on beaches or whales in the water. They then set out in a 25-foot research vessel, and decide how or if they should intervene. They might transport an orphaned pup to a seal colony, where it can find a new mother.

They learn about the challenges that animals face in the Salish Sea from new diseases to human activity on each call. If the animal has already died, the team may take its body to perform a necropsy. Scott isn’t just a curious observer; she holds the shears.

She says that I love to discover why animals die and the risks they face. Our work benefits wildlife as well as humans.

Return to the top