A special team was established within the Education Ministry to help with integrating the climate crisis into school curriculum.

Headed by Dr. Gilmor Keshet-Maor, who directs the ministry’s science and math division, the pedagogical team will report to the director general, Yigal Slovik, by the end of December.

According to the ministry, the team was being supported by a committee consisting of scientists led by Prof Itay Halevy, an earth scientist at the Weizmann Institute.

A separate, cross-departmental committee has also been established to assess the effects of climate change on the education system’s operations, logistics, buildings, and security, it added.

The statement noted that changes were also being made to the ministry’s policy on education for sustainability and would be set out in the director general’s policy statement.

The Education Forum of the Coalition of Climate Organizations welcomed the developments, saying that officials were beginning to grasp the gravity of the crisis, and noting that the situation in schools today was “far from satisfactory.” 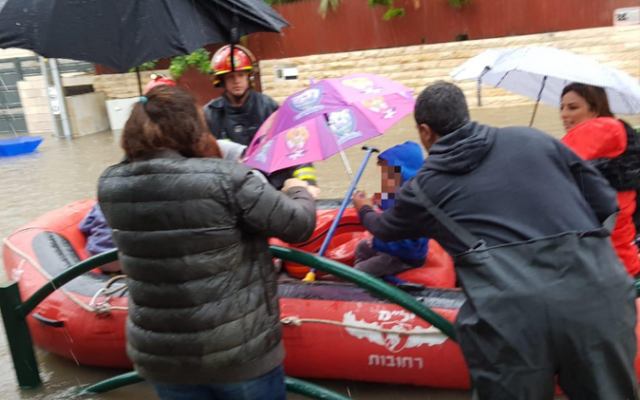 Children are rescued by rubber boats in a flooded preschool in Rehovot, Israel, during heavy rains on December 6, 2018. (Channel 10, screen capture/file)

“The few subjects and programs that currently exist in the curriculum do not equip all pupils with the knowledge, skills, and ability required to cope with the changing and challenging reality,” a statement from the forum said.

“To this must be added the lack of planning to prepare the education system to deal with increasing emergencies, such as fires, floods, and heatwaves.”

The statement stated that no changes would be made until the discussion about the climate crisis was raised above the ranks of government officials.

It called on Education Minister Yifat Shasha-Biton and her director general to “stand at the forefront, take brave decisions, declare a change of policy, and budget the necessary resources. 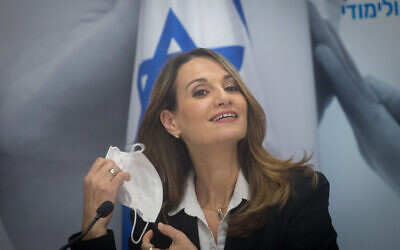 Yifat Shasha–Biton, Education Minister, speaks at a press conference held at the Ministry of Education in Tel Aviv on August 31, 2021. (Miriam Alster/Flash90)

“We are educating the next generation with an emphasis on critical thinking, caring, and taking responsibility,” the statement concluded.

“It is time for the educationminister to set a personal example.”

The Coalition of Climate Organizations works within Life and Environment Israel, which is the umbrella organization for Israeli environmental groups.


You’re serious. We appreciate that!

That’s why we come to work every day – to provide discerning readers like you with must-read coverage of Israel and the Jewish world.

We now have a request. Unlike other news outlets, we haven’t put up a paywall. However, the journalism we do can be expensive so we invite readers to join us in support of our work. The Times of Israel Community.

Already a member? Sign in to stop seeing this

How the climate crisis affects tornadoes