Hydrogen is the most common element in the universe. It is therefore deservedly at pole position on this periodic table. It’s a colorless, odorless and non-toxic gas that consists of a single proton and a single electron. It’s also highly combustible. Each kilogram of hydrogen or H2 contains about 2.4 times as much energy as natural gas. Impressive, right?

It is. Industry has long been in on the benefits and has been using hydrogen for decades in the petrochemicals sector —  mainly for oil refining, producing ammonia for fertilizers, and in the production of methanol and steel. But it has

also been touted as a means of speeding up our transition to clean energy. Even the European Commission has described hydrogen as “the missing part of the puzzle to a fully decarbonized economy”. 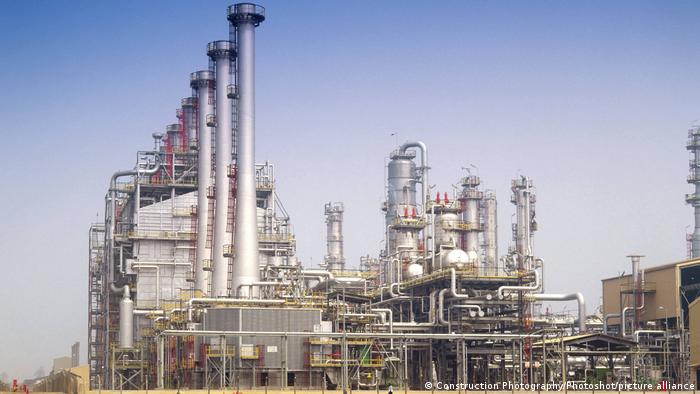 Hydrogen is crucial in the oil refining process

What’s so good about it?

It’s a great cleanMultifunctional fuel that doesn’t produce any direct greenhouse gas emissions — All It takes tThe only thing that can be used to release energy is oxygen. Water is the only byproduct.

It could potentially help some polluting sectors slash their CO2 emissions. Think heavy-duty transport or buildings, where hydrogen could be blended into existing natural gas networks for heating. But it could also be used to store  renewable energy in the power sector and replace fossil fuels in chemicals and fuel production.

Let’s not get carried away. Thing is, hydrogen doesn’t exist on this planet in its pure form. It’s great stuff once you can get your hands on it, but unlike fossil fuels, it’s not just lying around waiting to be dragged from some ancient slumber. In fact, separating it from other substances so we can store and use it requires time and energy. Which also equates to money.

There’s a catch then…

Yeah, afraid so. But isn’t there always?

The hydrogen catch is how it’s made. From an environmental perspective, the energy-intensive ways of extracting it  become secondary if it’s produced without CO2 emissions. But that is by no means always the case. Ranging from clean to dirty, the myriad H2 production methods are complicated. And what do we do when things get too complex?

Bury our heads in the sand?

Not advisable. No, we introduce a snazzy color scheme. So for the next couple of paragraphs, maybe try to forget that hydrogen is in fact a colorless gas.

The most common form of H2 used today (ca. 95%) has been labeled gray hydrogen. If that calls to mind emissions, that’s about right. Every ton of the gray variety comes with a footprint of about 10 tons of CO2 emissions because the production process — also known as steam methane reforming or SMR — relies on gas or fossil fuels.

Blue hydrogen sounds a lot cleaner. But that’s just color trickery because it is, in fact, also produced with methane. The only seemingly redeeming feature is that the CO2 emissions from the production process are captured and stored underground. 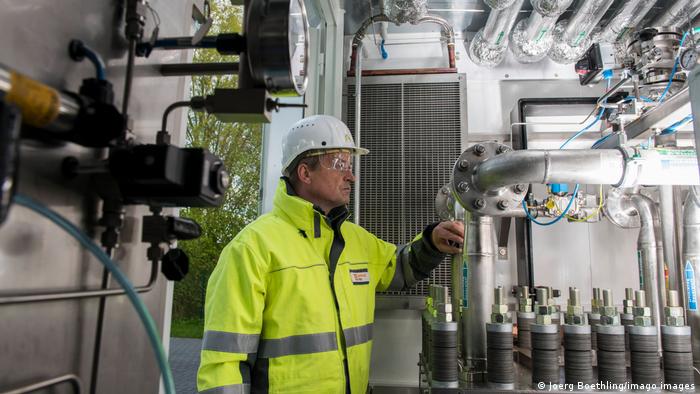 Pink hydrogen, which has a 1980s ring to it, relies on nuclear power. So while it might work in some countries where nuclear is big, it’s not a global solution. It’s also not pink.

Other versions include brown, black, yellow, turquoise and green hydrogen. To cut to the chase, the only one that makes any real sense in terms of reducing our carbon footprint, is green. That’s because green hydrogen is made via electrolysis (splitting water into oxygen and hydrogen) with theHelp of renewable energy. This means zero CO2 emissions and no mess to clear up. And it wouldn’t harm global water supplies either.

That said, it currently makes up less than 1% of global hydrogen production.

What are we waiting for?

In a nutshell, for prices to fall. At the moment, production of green hydrogen costs more than twice as much as its mucky grey counterpart. But things are changing.

The more renewables we have — and global expansion is predicted to rise to 45% by 2040 — the more affordable green hydrogen will become. According to the International Energy Agency (IEA), a surge in clean energy infrastructure could see  the cost of production fall 30% by 2030.

So once the prices have come down, we’re sorted?

Full disclosure, there’s another catch. Hydrogen is much harder to store than fossil fuels because it has a very low density. It is the lightest gas in the universe, followed by helium. It’s also highly explosive. All these special features mean the gas has to be trapped under vast pressure in special containers. Or stored as a liquid at a frigid minus 253 degrees Celsius. So, it’s not exactly Something that can be picked up at the local DIY store and kept in the garage for when gas supplies run low.

Varcoe: Environment minister and ‘activist’ sits down with energy leaders

What’s really sobering though is the sheer amount of electricity we would need to produce green hydrogen on a larger scale. Right now, about 70 million tons of hydrogen are produced globally each year — spewing some 830 million tons of CO2 into the atmosphere in the process. Which even more soberingly is roughly equivalent to the carbon emissions of the United Kingdom and Indonesia combined.

And get this: replacing those 70 million tons with green hydrogen would require about 3,600 TWh, more than the annual electricity amount generated by the  entire European Union. We would need A LOT more to decarbonize Industries such as heavy-duty transpOrt. 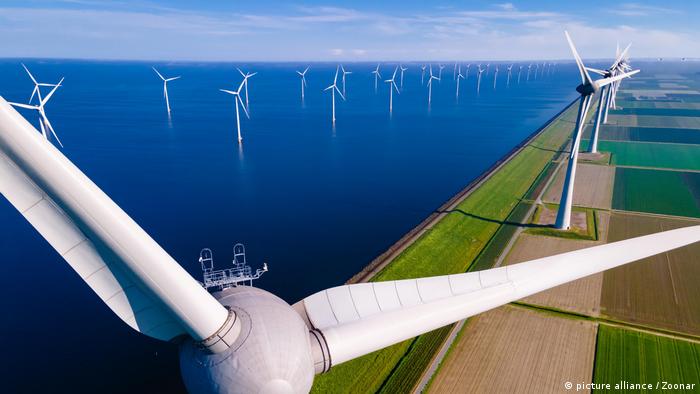 Renewable energy makes up about 25% of global power generation

Where does that leave us?

Good question. Green hydrogen certainly isn’t the answer to our medium-term energy needs, but it can play a crucial role in decarbonizing sectors that are tricky to electrify by 2050 — such as heavy-duty transport and industry. In other words, the last 20% that are difficult to wean off fossil fuels.

But it won’t be cheap. According to the Energy Transitions Commission (ETC), to build a hydrogen economy that accounts for 15-20% of energy consumption we would need to fork out $15 trillion (€12.6 trillion) between now and 2050.

And yes, that is more than a bit of loose change, but compared to predictions from leading economists who reckon failure to tackle climate change could cost us more than $50 trillion over the same period, green hydrogen actually sound like a steal.

Cash certainly has its say, but the bottom line is that the case for green hydrogen is strongest when the supply of renewable energy outstrips demand. Might sound like science fiction, but it’s Where we’re supposed to be heading.