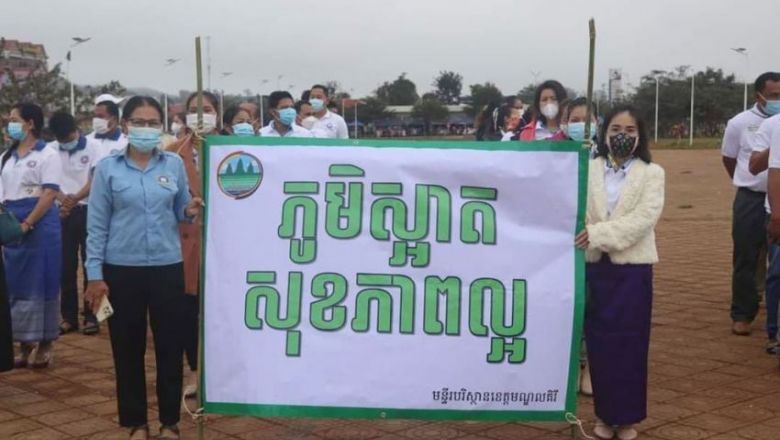 Vin Sithuon, Mondulkiri’s provincial deputy governor, called on people to take better care to the environment. The current rate of population growth in the region was causing problems for waste management due to limitations in current systems.

Mondulkiri Department of Environment announced on its Facebook page that the deputy Governor spoke at an event on Dec 29 to celebrate National Environmental Sanitation Day. The theme was Clean Village, Good Health and Happy Life.

We are currently facing many problems due to the rapid growth of the population. The current waste management system is still inadequate and garbage is on the rise. People throw away some waste, particularly plastic waste, into the water, or dump it in public places. This poses a threat to biodiversity and everyone must pay attention.

She encouraged public and private institutions, as well as authorities at all levels, to improve sanitation and maintain the environment within their communities. She also asked for education by local authorities and other relevant parties about proper garbage disposal and disposal.

The Johnson County solar farm standards will have regional implications for equity and the environment.

She hoped that the day’s celebration would encourage people to be more environmentally conscious and to take responsibility for disposing of their solid waste in a tidy manner. This will help preserve the town’s beauty and dignity.

She also suggested that they keep their personal hygiene up, sort their garbage by type, and love and protect wildlife.

She stated that every citizen must participate in improving sanitation and quality of the environment. The government can make the greatest contribution to improving the standard of living in Cambodia if citizens join them in addressing these issues.