In a study published by the journal Catalysts, a hydrothermal approach was used to create zinc tungstate nanoparticles on reduced graphene oxide nanocomposites (ZnWO4[email protected]).

The nanocomposites were studied structurally, morphologically, optically, and photo-catalytically, and the photocatalysis capabilities of ZnWO4[email protected] nanocomposites for the breakdown of hazardous methylene blue dye (HMBD) in neutral media were investigated.

This latest research focuses on trying to recycle catalysts for multipurpose functions to minimize the expense of industrial substances for a wide variety of technical applications. The major emphasis of the work in this paper was on examining the effectiveness of the catalysis of recycled inexpensive materials for diverse purposes.

It is worth noting that substances of group VI-B (particularly tungsten) have very high efficiency in a variety of processes such as photocatalytic, electrocatalytic, and energy storage activities. Polluted water restoration is an essential approach to managing health hazards by eliminating natural contaminants from water using photocatalysis, which is among the most promising approaches for environmental cleanup.

Nanocomposites based on semiconducting materials have been studied as inexpensive, well-performing photocatalytic materials for water contamination management. Zinc tungstate (ZnWO4) possesses a high bandgap energy and is an effective photocatalyst in the breakdown of aromatic dyes under UV light.

Dyes have already been found to be decomposed by zinc tungstate nanocomposites utilized for photocatalysis. The chemical recombination of electric charges in such substances, meanwhile, poses a difficulty for research. Introducing heteroatomic structures, carbon-based compounds, or ions of transition metal into a zinc tungstate matrix may thus be beneficial for producing effective charge isolation in semiconductors and so improving the effectiveness of photocatalysis. The combination of WO3 and ZnWO4 nanocomposites has facilitated excellent opposing charge segregation, leading to their use as effective photocatalytic materials.

Nanocomposites of Zinc Tungstate and Silver

Under ultraviolet light, Ag/ZnWO4 nanocomposites have demonstrated remarkable efficiency in the breakdown of methyl orange (MO) and methylene blue (MB) dyes. Zinc tungstate nanomaterials have also been employed for a variety of functions, such as extracting heavy metals and dyes, bacterial disinfection, and photoluminescence, in addition to their usage in elements of Li-ion cells and supercapacitors. Nonetheless, some studies report that dyes are not suitable agents for visible-light breakdown processes as they absorb photons and thus suppress the abilities of photocatalytic materials. For this reason, several transition metal nanomaterials such as tungstate, gallate, molybdate, and ferrite nanomaterials have been developed for an array of uses such as treating sewage water, supercapacitor applications, and electro-catalysis. 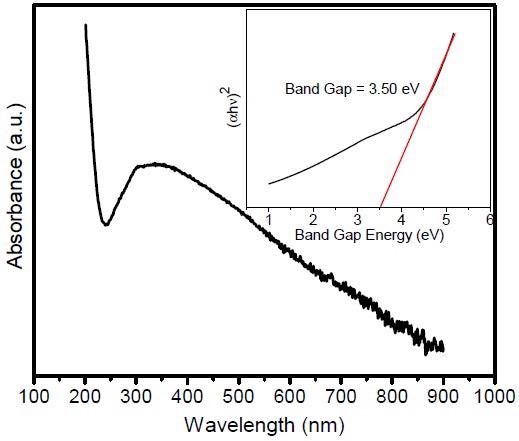 The Nation Newspaper – Why women should pay attention the environment

Can ZnWO4[email protected] Photocatalysts be Recycled?

Disclaimer: The views expressed herein are the author’s personal views and do not necessarily reflect the views of AZoM.com Limited/A AZoNetwork who is the owner and operator. This disclaimer is part the Terms and Conditions of Use for this website.