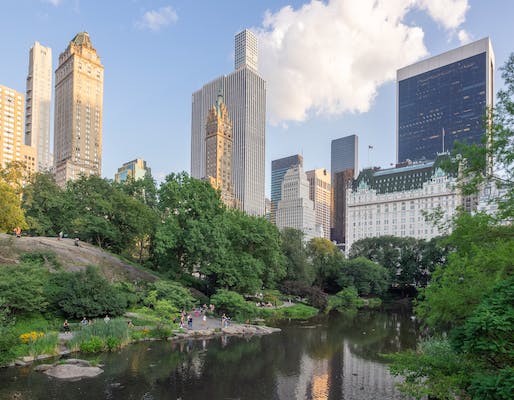 The Central Park Conservancy is the YaleSchool of the Environment and the New York City-based Natural Areas Conservancy have joined forces to launch a new initiative. This partnership will study the climate impacts of the new initiative. Climate ChangeOn urban parks. Called the Central Park Climate Lab, the program’s mission is to work with cities across the United States to implement and advance urban park strategies to mitigate and adapt to climate change.

“With about 55% of the world’s population now living in urban areas, urbanization plays an increasingly important role in how we manage and mitigate the impact of global climate change,” said Professor Karen Seto, professor of Geography and Urbanization Science at the Yale School of the Environment. “This collaboration aims to use mapping and other tools to develop urban interventions to protect their urban parkland and use them to mitigate and adapt to climate change.”

Currently, there’s no national standard for characterizing and mapping urban parkland, which limits the ability to identify broader climate solutions. Research will begin in Central ParkThen, extend it to other New York Citygreenspaces before expanding into selected city parks across the country. The data collected will be used to develop new, scalable strategies for implementing climate mitigation and adaptation protocols.

According to the Conservancy, Central Park makes a great location for studying climate change since it has been impacted only by a few extreme climate change-related events. For example: Hurricane IdaOn September 1, 2021, the park received a record 3.15 inches of rain in one hour. In the same year, it also experienced at least four heat waves. In addition, a rise in pollution and a build-up of nutrients in run-off water causing harmful algal blooms have plagued the park’s water bodies. Central Park is also experiencing climate change because of the 42 million annual visitors.

“The Central Park Conservancy initiated this effort after experiencing the effects of climate change on our management of Central Park. Severe weather events, such as unprecedented rainfall, blizzards, high winds, and extreme heat and cold, strain resources and impact Central Park’s tree canopy, plants, and wildlife, all of which are vital to the health of our city and its residents,” said Elizabeth W. Smith, President & CEO of the Central Park Conservancy. “Moreover, it takes a toll on our people—the Conservancy employees who work around the clock to battle the elements in order for the Park to remain open and accessible.”

“Parks are essential for New Yorkers, as this last couple of years have proven, but flooding, high winds, and extreme temperatures pose a threat to their health,” added New York City Mayor Eric Adams. “The Central Park Climate Lab begins a new era in research and cooperation that will give our park professionals improved tools to combat the climate crisis, and it will be a model for urban parks across the country.”

Smart News: Plants Are Caught in Threatened Habitats Because There are Fewer Animals That Can Move Their Seeds| Smart News