You can’t be generous this holiday season by not donating cans from your pantry, or writing a cheque to your local Food Bank. 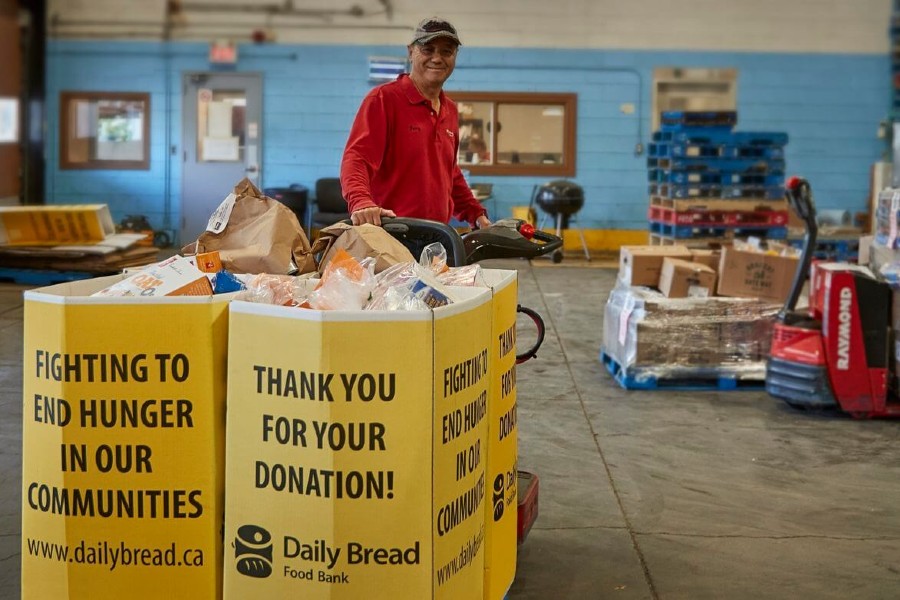 December is rapidly approaching, and politicians will soon be urging people to donate to local food banks.

They’ll stand for photo ops behind stacks of groceries alongside massive companies like Walmart, who are known to pay their employees poverty wages, then spend millions of dollars advertising their charitable food donations. It’s the same kind of “greenwashing” that big polluters have long been engaging in.

The organizers of the COP26 Climate Conference in Glasgow were criticized last week for allowing oil companies to speak on human rights issues. Bernard Looney, CEO of British multinational oil and gas company BP, received a platform to discuss “human rights in the just transition.”

I don’t believe he mentioned when the UK government found BP to have repeatedly violated human rights in Turkey, or the accusations they’ve faced of funding for paramilitary groupsColombia to defend their pipelines

Meanwhile, at People’s Summit for Climate JusticeIn Glasgow, thousands of climate activists and leaders met to discuss climate strategies that would achieve climate zero. They included a platform of Indigenous sovereignty and reparations to the Global South as well as a worker-led just transformation.

“Putting a price on natural resources is an act of colonialism and inhumanity. But there are other ways, humanity-based alternatives that we’ll share so they can’t say that they didn’t know,” said attendee Calfin Lafkenche, a Chilean human rights organizer and coordinator of the Indigenous Minga solidarity network.

Indeed, closer to home the climate crisis is already impacting  access to food. The world’s food prices have risen by 31% in the last year, due to unprecedented heat and extreme cold.

Although most people feel the pinch, Canadians living below poverty levels could face a severe financial crisis.

One in eight households in CanadaMany people are already struggling to get enough food to meet their nutritional requirements. For Indigenous peoples, it’s nearly one in two households.

As these crises mount, it’s becoming clearer that food security and climate change are linked problems with linked solutions.

We must look beyond charity and focus on human rights.

We are blessed with the foundations of a right to food. It’s enshrined in the Universal Declaration of Human Rights adopted by the UN General Assembly in 1948. It is more clearly described in the International Covenant on Economic, Social and Cultural Rights, which Canada signed in 1976. As a result, Canada has a legal obligation to respect, protect and fulfill the right to food – an obligation it’s failed to honour for decades and has failed to imbed domestically.

This holiday season, the most generous thing you can do isn’t to donate cans from your pantry or write your annual cheque. It’s to challenge yourself to stop learn more about food justice advocacy in Canada, especially within affected communities that have been organizing for decades. It’s to contact your elected officials directly, and ask them how they plan to respect, protect and fulfil Canada’s right to food in the face of our climate crisis. And it’s to call out corporations and politicians when they use charity as a shield and a prompt for their own inaction.

We must think of food insecurity as we do the climate crisis – as a pressing issue of political and societal will. Only then can we truly ensure that Canadians’ have a real right to food.

Paul Taylor is the executive Director of FoodShare Toronto.