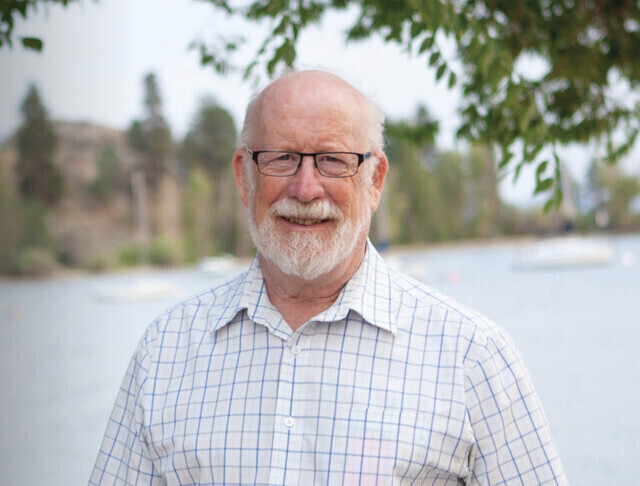 Richard Cannings, South Okanagan West Kootenay MPP, looks back on 2021 as a period in which disasters have shown the urgency for the federal governments to address climate.

Cannings, a former biologist felt that his role in Ottawa over the past six years was to advocate for climate change.

“I want it to be the voice for science and making sure that the House of Commons knows that these crises are upon us. I remember being a bit surprised to find that six years ago, I was elected. There was a lot skepticism. But that has changed a lot,” he said.

Cannings was a key voice in the local conservation group’s efforts to protect the last intact area of wetland near Skaha Lake, Kaleden from development.

Additionally, he signed a pledge to oppose any future fossil fuel projects and to support legislation that will create greener jobs.

“The climate crisis is just overwhelming us. Both in terms of we have to cut down our emissions so that we keep the change to a minimum, we’re stuck with the weather we’re getting now all the floods and fires and heat waves will be with us…We have to start building for the future.”

“When we think about the 500 plus people who died in Greater Vancouver during the heat dome, we have to think of how we can retrofit those old homes, those apartments so that people can have heat pumps or whatever to cool their homes.”

Cannings has also introduced two Private Members’ Bills in December. One bill is aimed at protecting the local environment.

“It’s a bill that is just a reminder to the government that it didn’t do what it promised in previous Parliament’s and that was a bill that was designed to fix the navigation Protection Act which the former conservative Harper government stripped all protection from Canadian waterways,” he explained.

The second is a Canadian Environmental Bill of Rights that adds the right to live in an ecologically balanced and healthy environment to Canada’s Bill of Rights.

“Canadians have a right to know what that information is if there’s a process going on with an environmental impact study or impact assessment going on, they have a right to be part of that,” Cannings said.

“Most of the countries of the world have these rights embedded in their constitution in their legal systems and Canada’s really, for some reason has fallen behind where the world is going on this.”

It was difficult to move forward in parliament this year and on bills because much of the government was halted as the country entered a federal election.

“It was a colossal waste of time and money. Because people don’t realize it’s not just the six weeks that election is ongoing. It just set everything back. Instead of working on getting back to work in September, we should have started to do that. We won’t get moving until February.

“They were just thinking of when we can go to an election. They just didn’t care about passing important pieces legislation. This was evident in their presentation of their agenda. That’s all changed, I believe. [now].”

Cannings, who was also a member of the NDP Party, advocated for environmental changes all through his campaign. He even joined Jagmeet Singh in Penticton to address the issue.

“I’m going to continue pushing for things like really serious efforts at retrofits of all our buildings across Canada so that they’re energy efficient. So that by 2050, all our buildings are basically net zero…if we do that, if we really put our efforts into that, that will create millions of jobs across this country in every community.”

Canning is also concerned about the affordability of housing in the region.

“We’re far behind in the affordable housing that we should have, so that people can can live in this area and contribute to the economy. But they are being kept out. If you lose your rental accommodation in Penticton, you may find yourself on the street because it’s so difficult to find suitable accommodation, even for working families.”

Cannings said that he was proud of the number of private member bills that were brought forward by the NDP, and that he was working to make them progress heading into 2022.