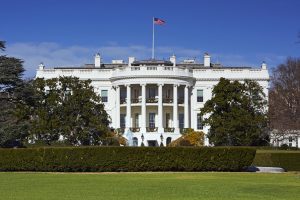 Anne Idsal Austin, an internationally recognized environmental lawyer, is our guest today. Austin has held many high-profile federal or state regulatory positions. As a partner who recently joined Pillsbury’s environmental and natural resources practice, she provides strategic consulting and policy advice, helping clients navigate the dynamic regulatory and legal waters in an era of energy transition, decarbonization and an emphasis on ESG principles. Prior to joining Pillsbury, Anne was the Principal Deputy Assistant Administrator for the U.S. Environmental Protection Agency’s Office of Air and Radiation, known as OAR or OAR, where she had primary oversight over United States clean air policy and regulation. Prior to that, Anne was the EPA Region 6 administrator, overseeing all federal environmental programs throughout Texas, Louisiana and New Mexico, Oklahoma, Arkansas, and Oklahoma. Anne was previously employed at several levels in Texas where she shaped energy and environmental policy at the highest level of government. Welcome to our podcast, Anne.

Anne Austin:Thank you so much. It’s great to be here today, Joel.

Joel Simon: Anne, I’m really excited for this chance to speak with you because there’s so much going on at the federal environmental policy level, and it would be great to have someone really knowledgeable present this to us in an organized fashion. Let’s start with a brief overview on the regulatory landscape for environmental regulation.

Austin: Absolutely, Joel. I would be glad to. I can appreciate the humor in this. I will try my best to make the most of it. I believe that the two main considerations driving all major regulatory actions under the Obama administration are climate change, and environmental justice. All of the language you’re hearing out of the White House—the press statements out of the natural resource agencies or agencies of any jurisdiction—it’s big, it’s bold and it’s very aspirational. You can find examples of what you should look for in the first executive orders issued by the new administration. They talk about a “one government approach,” that we’re going to “go where the science takes us” and that they’re taking an all-hands-on-deck approach. This is the idea of pushing for and incentivizing clean energy and economy transitions with an overall goal to reduce carbon dioxide emissions by 50-52% by 2030. And this is compared with 2005 levels. That’s a lot of work to do on some really, really heavy topics. A little bit more specifically on the topic of environmental justice—although it is tied into kind of the larger efforts being made when it comes to climate change—President Biden has directed the EPA and the DOJ to significantly elevate environmental justice efforts, including making it a top priority for EPA’s enforcement office and even going so far as to rename DOJ’s Environmental Division to highlight the equity focus, so the two really do go hand in hand. Now you’re going to have some key limitations with all of these major regulatory actions, which I know that we’ve seen play out over 2021 but will be especially important for the remainder of the administration—time, resources and just your basic external and political factors.

Austin: So, let’s talk about time for a little bit. Many of these regulatory actions take a lot of time due to EPA timelines or statutory requirements. Next comes the issue of resources. FTEs, full time employees—they’re all still working remotely, and there’s a current recruitment effort underway to increase the number of FTEs at the agency to get all of this work done. Budgetary constraints are another factor. And then certainly last but not least, you’ve got these external and political factors. You’ve got the legislative issue here, which is the reconciliation package has not materialized yet, which is viewed as a headline piece of legislation to really set out what will be going forward and what will be supported when it comes to moving the clean energy and clean economy forward. Executive actions are very important in advancing the legislative agenda. However, they may need to now turn to regulatory agencies as there are only three years left on their first term to achieve these ambitious goals. And then, of course, you’ve got the judicial side of it. You’ve got case law and things happening at every judicial level, which is informing how and when those regulations can be developed.

Simon: Anne, thank you for setting the table. Please give us a few examples of real-life examples that illustrate the key regulatory priorities being implemented.

Austin: Sure. First, there is the Waters of the United States. The agencies argue that at this point in time, the 2020 rule that was promulgated under the previous administration provided less protection and could have allowed a lot more in terms of impact in the nation’s water than any rule that had preceded it because the rule was viewed as pulling back on both EPA and the U.S. Army Corps of Engineers jurisdiction over what qualifies as navigable waters. As a result, we’ve got a proposed replacement rule that was actually published earlier this week on December 7, which would roll things back and go back to retaining the 2015 rules’ significant impact tests developed by Justice Kennedy and the Rapanos decision. It also retained the RapanosPluralities have determined that the WOTUS should be interpreted as limiting relatively permanent standing or continuous flow bodies of water connected with traditional, navigable waters or some other kind of the Ephemeral Test. This is done to reprioritize climate and environmental justice within the overall WOTUS priority. The focus on climate change has always been on the airspace and its impact on air quality. WOTUS has a greater emphasis on climate change, water quality, and the impact it has on water. In terms of environmental justice, WOTUS has placed a greater emphasis on consultation with tribes as well as environmental justice communities. The other one that’s a big interest and something that I spent a lot of time working on is the setting of the national ambient air quality standards or the NAAQS. This includes the reconsideration of the NAAQS for particulate matter (or pm) and ozone. This is a simple tie-in, especially when you consider how they fit into the larger contexts of climate change and environmental injustice. When it comes to PM and ozone, there is the belief that adjusting the NAAQS downward again, setting a more conservative standard is going to further climate change goals from human health and an environmental standpoint because it will require industrial facilities and states to make sure that they’re going back and further restricting permitting levels for various emission limits at various types of facilities. It’s going to force them to go back and readjust their SIPs, their state implementation plans, to meet those NAAQS goals. When it comes to environmental justice, there’s also the belief that those NAAQS being more aggressively adjusted in a downward way is going to improve the health and environmental impacts specifically in EJ communities because you have the issue of a lot of industrial facilities, manufacturing facilities, refining facilities often being near or adjacent to EJ communities. Again, the thought being, if you require additional pollution control technologies to be installed at these facilities, it’s only going to improve the air quality, which will most immediately impact those communities next to them. One thing to note is that EPA only recently announced that it was going to reconsider the 2020 ozone standard. This all, especially in relation to the NAAQS, is tied back to the resource constraints that I mentioned at my beginning. You’ve got the same EPA staff working on the set of NAAQS and the review. It’s the exact same groups. They’re smart, professional, they know what they’re doing—but again, you have those basic limitations on the same group of people working on traditionally two packages that would be taken up in sequence to one another, not at the same time.

Simon: These are two great examples Anne. I know that water is a global issue, so it’s nice to see that being focused on by the U.S. for a change. And ozone is something that I recall came to our attention back in the 1980s, so it’s interesting to see that grabbing headlines again. We want to know what else is on the environmental radar screen.

Austin: There’s a lot going on—2022 is going to be a busy one. Recently, the methane proposition was published. It’s very interesting. Although the preamble language was already proposed, it is not yet available for regulatory attorneys. It’s a pretty unusual way for EPA to proceed with a rulemaking, and it bears close watching. We expect a supplement, but the initial round is due mid-January. It will then be interesting to see if there are any extensions and then determine when the supplemental will be released. The other thing that’s coming up in the way of litigation is that related to the affordable clean energy rule. The Supreme Court granted certiorari to a case that could have significant implications. Massachusetts v. EPA, assuming it gets schedule. I’m sure anybody that watches the SCOTUS docket has noticed that they’ve opted to take on a very interesting case load. So, it’ll be very, very interesting to see whether or not it does ultimately wind up being scheduled and will bear close watching. PFOA/PFOS are last. These are the forever chemicals that were discussed in recent news. EPA is taking that “all of agency” approach that I mentioned earlier under a PFOS roadmap and is setting new target dates. The Office of Air and Radiation plans to add PFOS on the hazardous air pollutants listing next fall. This is a significant development.

Simon: In the remaining time we have, can you just give us a very brief snapshot on what you’re seeing on the ESG front from your regulatory perspective?

Austin: Absolutely. I’ll focus here on the E of ESG, the environmental component—there’s a lot that folks are looking at, and anticipate coming out of SEC. The Biden administration asked the EPA and SEC to collaborate to ensure that there is a level of expertise, policy background, and information that is shared with the SEC in order to best inform their ESG regulatory framework. Again, this gets to that “all of government” approach, leveraging the expertise that’s in-house across various agencies, and I’m personally very interested to see whether or not the SEC is going to utilize the EPA’s greenhouse gas reporting requirements and databases and perhaps use that as a model going forward.

Simon: That’s a lot to digest! Thank you, Anne, for that great overview of the environmental policy initiatives at the top of the Biden administration’s agenda. It sounds like you have many years ahead of your! We are grateful for your valuable insights and hope to meet you again soon to discuss some of these topics. It’s been great having you on our podcast.

Austin: Joel, thank you so very much. It’s been a pleasure to visit with you today.