Cllr Michael Sun, the new Member of Mayoral Committee (MMC), for Environment and Infrastructure Services Department in City of Johannesburg, says that Joburg needs to shine with new vigour. 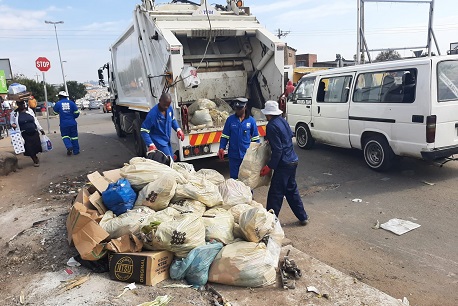 MMC Sun, a lawyer by training, is no stranger to the City. He has served residents as a councillor in the city since 2006. He is currently in his fourth term on Council. He was also MMC for Public Safety in 2016-2019, where the City became remarkably safe and saw a decline in crime.

He has taken the reins of the Environment and Infrastructure Services Department and pledged to lead the department in delivering efficient and better services to the City’s residents and businesses.

The Environment and Infrastructure Services Department plays a central role in service delivery.

The Department is also responsible in protecting, conserving and managing the environment through the implementation of regulatory mechanisms as well as oversight of other municipal-owned entities.

MMC Sun stated that we need to protect the environment, reduce polluting, and maintain a healthy eco-system for humans and other beings.