Japanese architect Sou Fujimoto has completed a museum dedicated to music topped with an undulating roof punctuated by trees in Budapest’s City Park.

The House of Music is a museum covering 9,000 square metres that tells the story of music’s history over the past 2,000 centuries.

The museum, which was built on the site of the Hungexpo Offices, is surrounded by trees within Budapest’s City Park.

Fujimoto designed the building, which is wrapped in a glass wall and topped by a large overhanging roof, to mimic the feeling of being under a tree canopy.

Fujimoto stated, “We were enchanted with the multitude of trees in city park and inspired to create space by them.”

“The thick, rich canopy protects the surrounding area but also allows the sun’s rays into the ground. The open floor plan, which blurs the boundaries between inside/outside, was my vision of the natural environment.

The roof of the building has 100 openings. Some have trees while others create lightwells that let natural light in.

The ceiling’s underside has 30,000 geometric shapes that evoke tree leaves.

The House of Music is composed of three floors that reflect the “three movements of a musical score”.

The ground floor of the park-level building is completely surrounded by 94 custom-made panels made from glass. The tallest of these panels measures 12 metres.

Two concert halls are located on the ground floor. The smaller space will be used for lectures and workshops while the larger auditorium has 320 seats.

A large basement level will contain all of the museum’s main gallery spaces including a permanent exhibition named Sound Dimensions – Musical Journeys in Space and Time, which focuses on the history of European music. 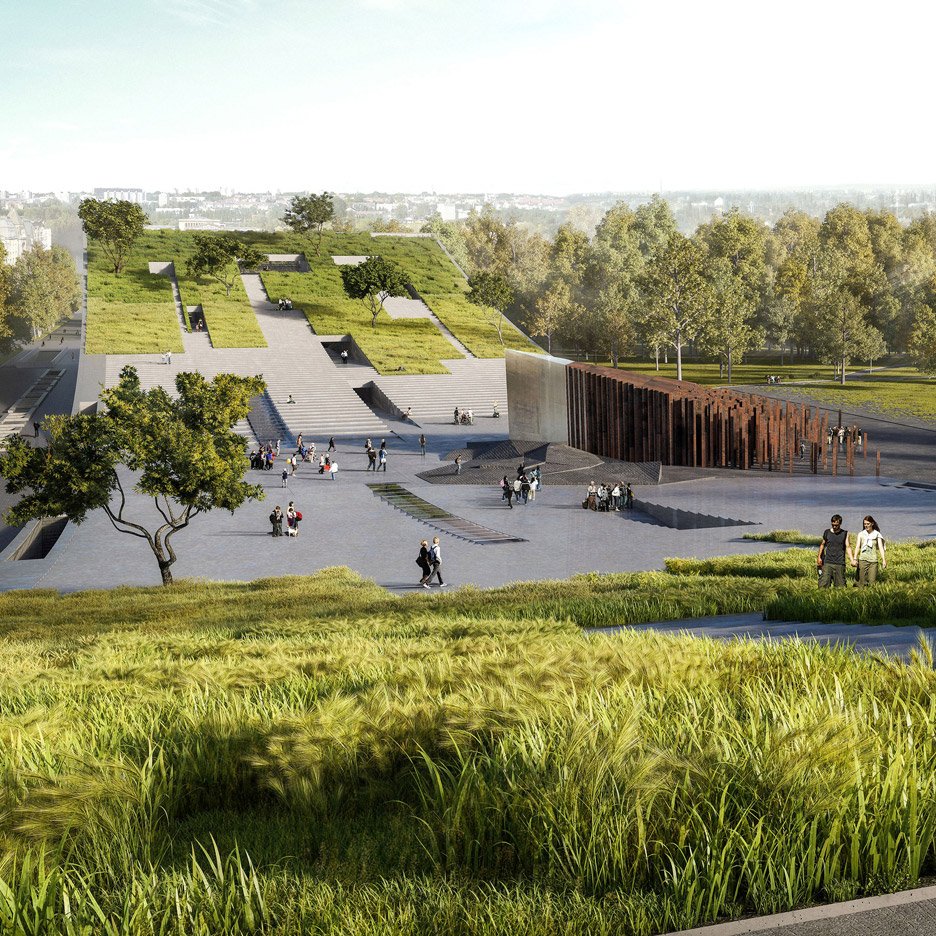 The institution’s first temporary exhibition will focus on key moments in Hungarian pop music from the 1950s to the 1990s.

A hemispherical sound dome, where up to 60 people can experience 360-degree sound from a network of 31 loudspeakers, is also on this level.

The roof structure contains the first floor above the main floor. This level contains a multimedia library and archive of Hungarian pop music, as well as classrooms and office spaces.

The three floors are connected by a large spiral staircase.

The House of Music was completed as part of the ambitious Liget Budapest Project, which will see several museums built in Budapest’s 122-hectare City Park.

The skateboard-ramp-shaped Museum of Ethnography designed by Hungarian firm Napur Architect is under construction nearby and SANAA has designed the National Gallery of Hungary for a site within the park.

The photography is by Palkó György.