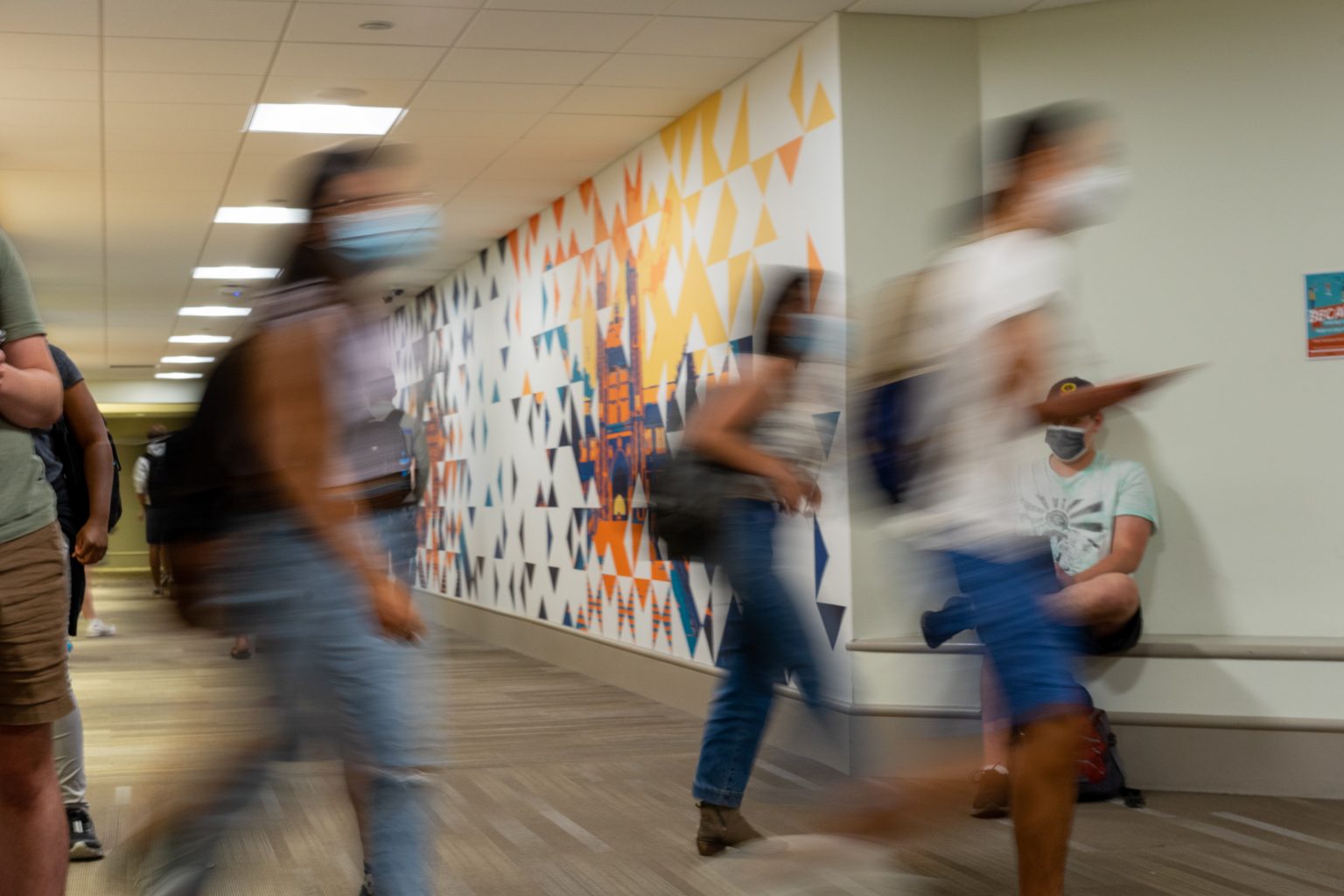 Washington University closed the semester’s first two weeks online classes Friday. This marks the first time that most courses have been completely remote since Spring 2021. Many students found the transition to remote learning to be a difficult start to the semester.

It didn’t really feel real, sophomore Natalie Valles said after the first week. I have trouble focusing online. It’s really easy to just zone out, want to do something else.

Students often view the first week as an opportunity for students to set a positive tone throughout the semester. This is more difficult with online classes.

Valles stated that online classes don’t feel as difficult because the deadlines aren’t as important. Its just really nerve-wracking trying to figure out how I’m going to balance everything in-person because I don’t really know what it’s like to do those classes in-person.

Freshman Michael Zaslavskiy stated that he had mixed experiences with his first online classes. Zaslavskiy said that some professors are very organized in how they present information and assign tasks online. For example, Im taking Comp. Sci. Sci. 132. I think the class organization was poor. It’s been very difficult to actually understand what I’m doing because there is so little instruction.

In response to an increase in cases of the omicron variant across the country, University leadership announced that the University would conduct the first two weeks remotely. Residential Life did not allow students to return to campus before Friday, January 28.

Jocelyn Epstein, a sophomore, was optimistic that her classes would be more relaxed in the first two weeks of the semester because most students would be attending classes at home. She said that she received little support from her teachers.

Epstein said that he was thrown under the bus by my classes. He is primarily taking courses at McKelvey School of Engineering. They did not seem concerned that we might be in an environment that is not conducive to learning.

The shift to remote learning has also caused logistical problems for some professors and students. Valles, who is financially independent, was supposed to start a new position on Jan. 17. The prospect of losing their income caused a lot stress and panic as they tried to find early-housing accommodation.

Dr. Emily Cohen Shikora, a lecturer at the Department of Psychological and Brain Sciences struggled to balance transforming her class into an online format and securing childcare during COVID-19-related closures of daycares. However, she was pleasantly surprised by the willingness of her students to participate, even over Zoom.

I was shocked at how many students were so engaged with their cameras. In all my classes, I have almost 100% attendance. Cohen-Shikora said that almost all of my classes have 100% participation. I’ve just been really, really impressed by students who, no doubt, are not excited to sit there and be on Zoom for hours and hours, but are just really good with the engagement.

Dr. Elizabeth Reynolds was a postdoctoral fellow in the History Department and was equally happy with her students’ performance, despite the circumstances.

According to an environmental coalition, Oregon has $5.3 Billion invested in fossil fuel companies.

In my freshman seminar this semester, I don’t think there was a single difference between being in class and on Zoom, said Reynolds. Everyone was raising their hands, everyone was speaking. She said that this was often an element of first-year seminars and that it is more difficult to get people involved in online courses, such as the History of China class she is teaching this semester.

Zoom’s impersonality makes it difficult for instructors such as Dr. Robert Henke (a professor in the Performing Arts Department) to connect with students in the same way he would in person.

I’m a bit of a performer, you know, and I like to see how the room is responding, Henke said. It’s really hard on the Zoom screen to sort of see how people are taking things in.

Henke stated that he has also embraced online learning. Henke has been able to organize his Canvas page more efficiently and conduct interactive online surveys. He might even use this feature in future lessons. Henke, like Cohen-Shikora and Reynolds, said that participation has been positive.

Reynolds acknowledged that online teaching is not as effective as in-person teaching, but she said she has accepted it as part and parcel of her COVID-19 life.

Reynolds stated that Reynolds believes that the United States is learning to adapt to COVID. This is part of the learning process to adapt.

Jan. 26 was a follow-up email. University leaders reiterated that masking is important and recommended that indoor events be avoided. There are no plans to go back fully online instruction.