Sudanese entrepreneur Mohamed Samir watches proudly as workers assemble garishly coloured rickshaws, unique in the North African nation because they run on electricity in a bid to tackle soaring costs.

In Sudan, three-wheeler vehicles tuk-tuk rickshaws for passengers, and motorbike tricycles with a trailer attached for carrying goods have long been a popular and affordable transport. Tens of thousands ply the streets of the capital Khartoum alone.

But with Sudan gripped by a dire economic crisis made worse by political unrest following a military coup last October, the cost of running petrol-oil engines has soared.

People who use the fuel-run rickshaws are in pain, and they know the value of what we are offering, 44-year-old engineer Samir said at the factory in North Khartoum.

We want to offer solutions. Everything run by fuel will be replaced with electricity, sooner or later, says Mohamed Samir, owner of al-Shehab factory.

There is a critical environmental impact too.

Smoky petrol-powered vehicles, aside from fuelling climate change, cause significant noise and air pollution, the United Nations Environment Programme warned in a report from 2020.

Emissions from the three-wheelers reduce visibility, cause damage to vegetation and lead to respiratory illnesses in people, it added.

Samir says the new electric vehicles check three boxes of the UNs sustainable development goals: the fight against poverty, protection of health, and protection of the environment.

It also makes much less noise, he added.

Samir faced years of grinding challenges to get his factory up and running, but once he opened, business has been brisk, selling over 100 goods tricycles and 12 passenger rickshaws since last year.

Fuel costs have more than doubled since the coup. On top of that, repeated fuel shortages have left drivers queueing up for hours outside filling stations to top up their tanks.

Drivers complain of earning less than they spend.

It used to cost more than it brought in, said Bakry, who uses his vehicle to carry a stall of fruits through the streets. Plus, I had to worry about where to find fuel, and where to change the engine oil. 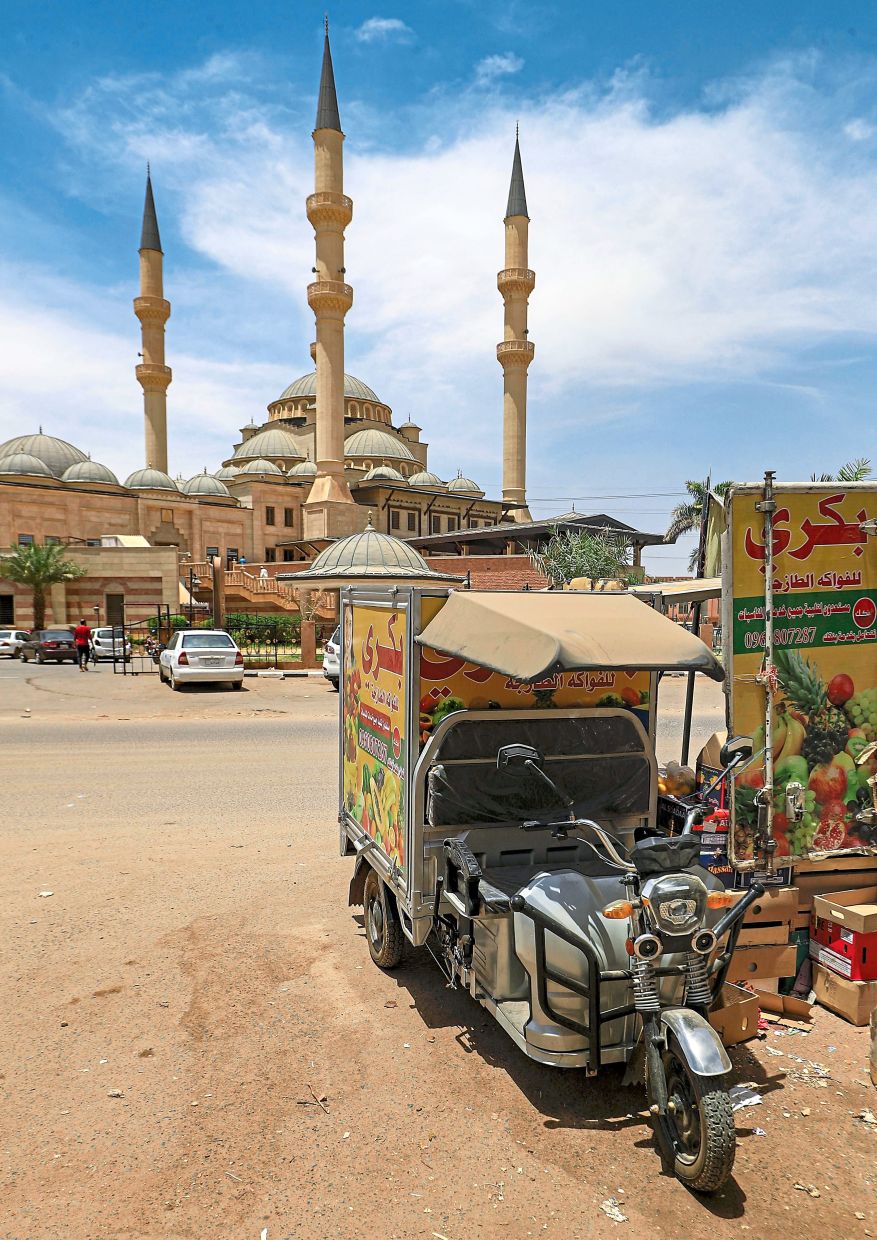 A fruit sellers electric tuk-tuk is parked outside al-Noor Islamic Complex in the Sudanese capitals northern district of Khartoum-Bahri, recently.

It has been extremely cost efficient, Bakry said. Now, there are no more fuel queues. I charge it once, and it keeps running the entire week. My daily income doubled.

Some drivers struggle when they first make the switch, but Samir said there have been no major complaints and the electric batteries require less maintenance than fuel-run engines.

Its new, and they are not used to electric-run vehicles, he said.

The three-wheelers take about eight hours to be fully charged, with a tuk-tuk tricycle able to cover 80 to100km, while a rickshaws range is even further, between 100 and 120km.

But amid the economic crisis, Sudans electricity supplies have suffered too, with frequent power cuts.

In January, the government hiked electricity prices, with households seeing an increase of about 500% in the bills.

Yet Samir said the electric rickshaws are still more efficient and far cheaper to run than alternatives.

The cost of charging the battery remains less than that of the fuel, Samir said, with a single electric charge costing less than half a litre of fuel.

Others, looking skywards to Sudans year-round sunshine, have freed themselves from dependency on the power grid too.

I use flexible solar panels, Amjad said. We place them on top of the rickshaw while driving, and it keeps the batteries charged. 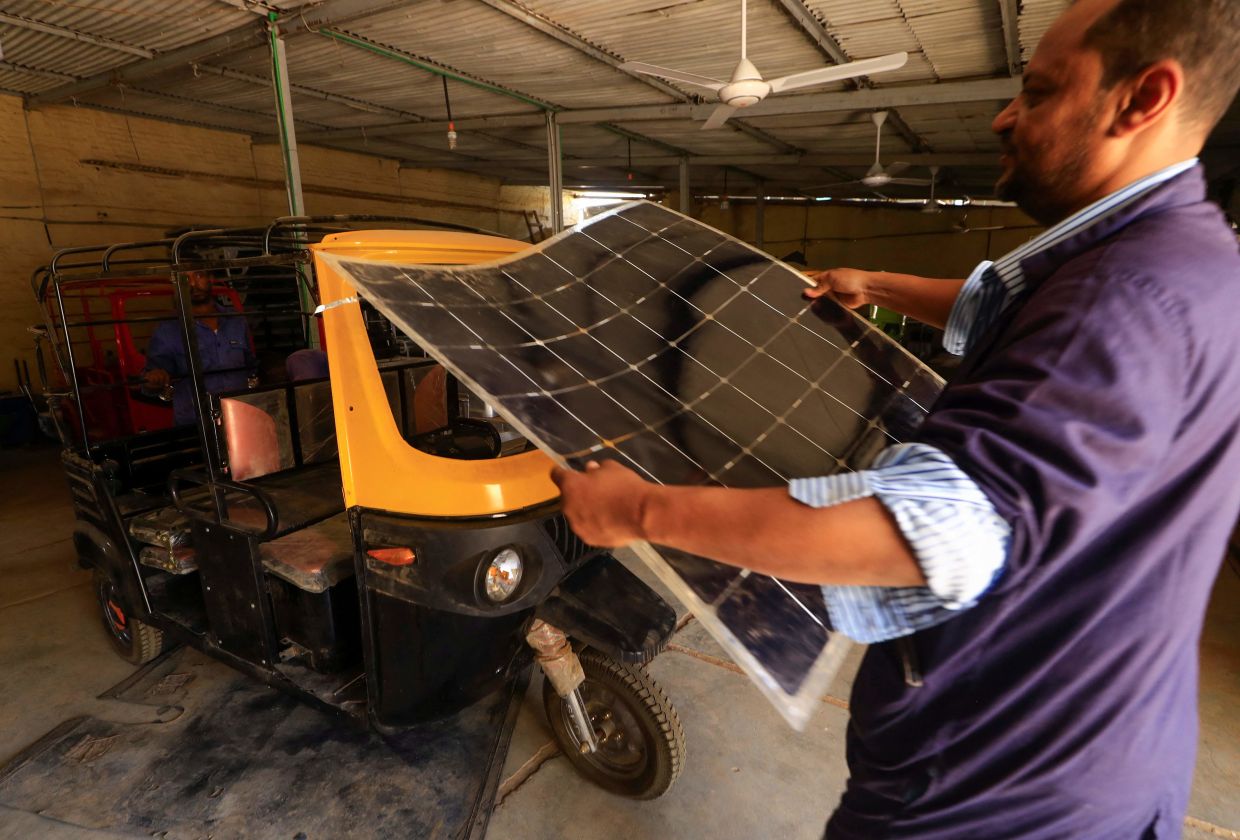 A worker assembling a solar panel on an electric tuk-tuk at al-Shehab factory.

Samir argues his factory is helping Sudan keep pace in a fast-developing world.

Everything run by fuel will be replaced with electricity sooner or later, Samir said. We have the opportunity now to keep up with the rest of the world. AFP/Menna Zaki

In a difficult macro environment, tech titans have cut back on hiring