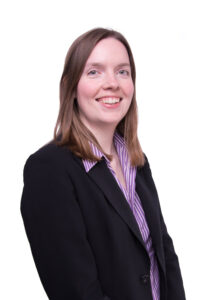 After several delays, the Environment Bill has now been entered into the Statute Book. This brings into force a set of environmental standards and measures which will become mandatory at the end of the Brexit transition period.

Developers and investors should be aware that the Act requires a minimum 10% Biodiversity net Gain (BNG), and that this biodiversity gain be managed for at least 30 years. Although the legislation will take effect in 2023, the minimum requirement is a 10% offset, many emerging Local Plans require a minimum of 10% BNG before the legislation takes effect. Some even seek BNG up to 20%.

Natural England Biodiversity Metric 3.0 demonstrates how requirements for 10% and 20% BNG should be measured, and how the alternatives to on-site provision – biodiversity credits and conservation covenants – will work.

BNG presents a challenge to developers in areas where it is already present. This includes creating net gains on existing sites and allocations as well as acquiring additional land for this purpose.

The main concern is value. Because of the requirement to attain a minimum 10% net profit, greenfield sites with high biodiversity value will be more expensive to develop. This is because larger areas of land will be needed to enhance ecological values such as wildflower meadows and orchards. Therefore, housing may need to decrease.

Delivery of off-site BNG has financial implications. This is an additional cost that may be unexpected and not planned for. Its impact will depend on the availability and demand for suitable land, which will increase in areas most in demand. If development sites were purchased before the introduction of BNG was known to developers, this will result in higher house prices as well as a reduction in planning gains requirements (where applicable), affordable housing and community contributions. Developers may seek to lower the land price for sites that have not yet been purchased. This will reflect the higher costs and help the landowner feel the hit. 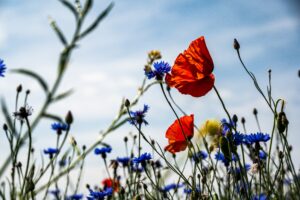 There are winners and losers. If there are many developers in the area, owners of land that is unsuitable for development will see an increase in their property’s value. This is good news for some landowners but not all sites that aren’t suitable for development. A site’s ability to be used for offsetting purposes may be affected by ground contamination or surface water flooding. The same goes for sites that are already rich in biodiversity. It may not possible to achieve the 10% net gain.

Developers have the option to purchase biodiversity credit. The scheme, which is likely to be implemented centrally, but whose details are still unknown, will allow developers to offset the effects of biodiversity loss elsewhere in the country through biodiversity credits. The country’s aspiration to achieve higher levels is shared by all. Therefore, it is unlikely that the Government will encourage offsetting development land in the home countries through biodiversity from the Scottish Highlands. This will be the most expensive way to discourage its over-use.

It is clear that BNG will have a significant impact on the development of new Local Plans. We expect it to be a key consideration when developing new Local Plans through Local Nature Recovery Strategies. It will also be a major factor in the acquisition and management of new sites. There are many questions about changes in viability and value, so both land promoters and local authorities will need to be realistic. This is especially important for commercial sites and those in urban areas, which don’t typically include large amounts of open space.

Boyer is a planning consultant to residential and commercial developers. We also have a Land division within Leaders Romans Group, which represents landowners interests. Our focus will be on ensuring that any potential development scheme has a robust habitat assessment. This will be the baseline against whom BNG will be evaluated. From the point of purchase, through to the planning committee and possibly impacting appeals, it will be important to show that a site is capable of achieving at least 10% BNG. The significant impact the Environment Act has on both landowners as well as developers cannot be underestimated.

Alice Davidson is an Associate Director of Boyer. She has more than 8 years experience in the private and public sectors. Alice is an Associate Director at Boyer with over 8 years of experience in the public and private sectors. She specializes in securing residential building permits and promoting land for residential development within the Thames Valley.