Negative technological advances, involuntary immigration, social cohesion erosion, and geoeconomic confrontation are all concerns. These are the top risks the World Economic Forum (WEF), identifies as being of concern for the next five to ten year. The climate crisis is the most critical.

In its new version Global Risks Report 2022, the WEF cites “climate action failure” as the number-one risk over the coming decade. Compiled by the forum’s Global Risks Advisory Board, together with Marsh McLennan, SK Group and Zurich Insurance, the report is an analysis of the results of the latest Global Risks Perception Survey which gauges the views of nearly 1,000 risk experts and global leaders in business, government and civil society.

It revealed that half of the 10 most urgent risks humanity faces over the next five to ten years is considered to be environmental in nature by respondents. 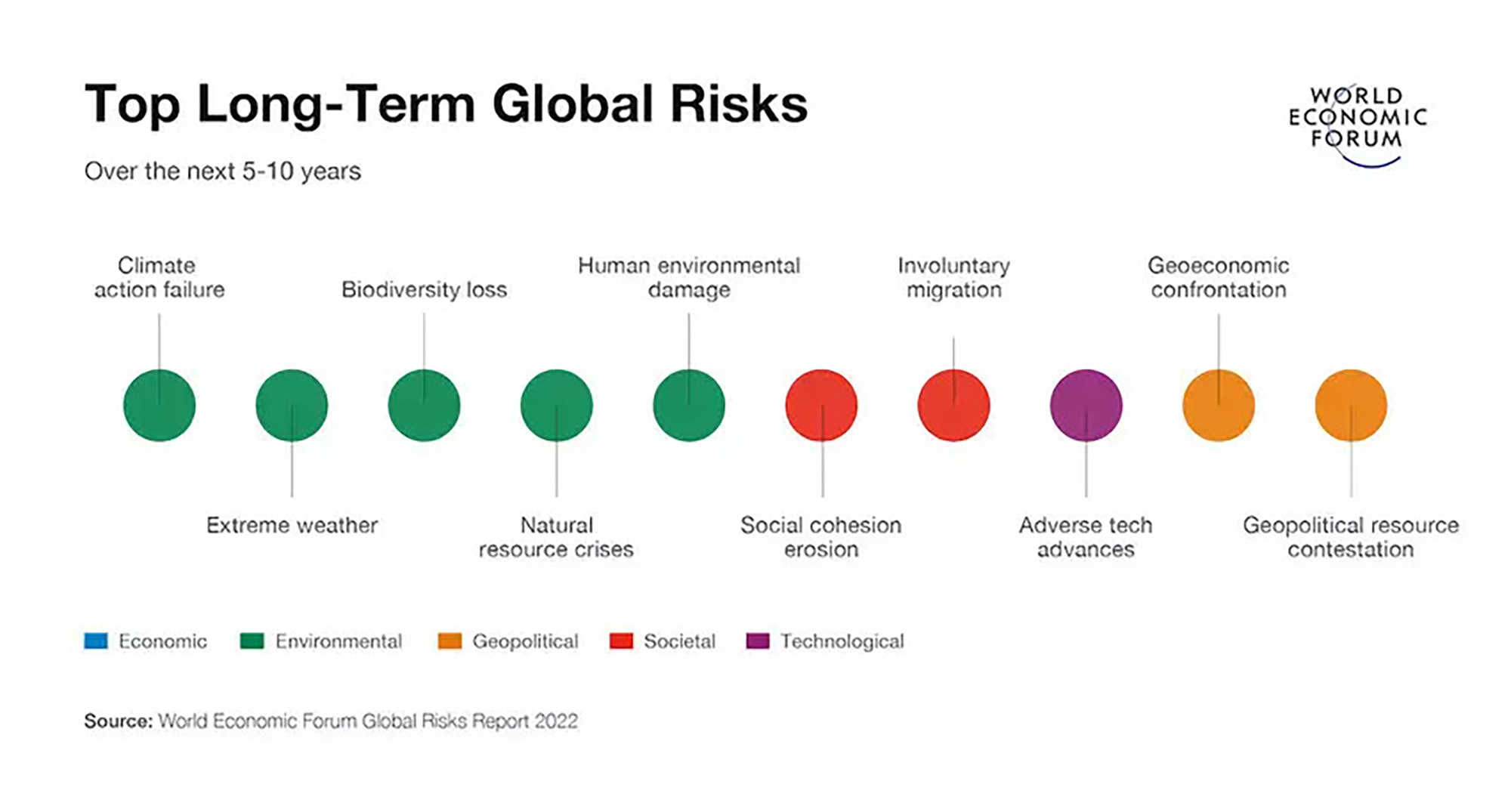 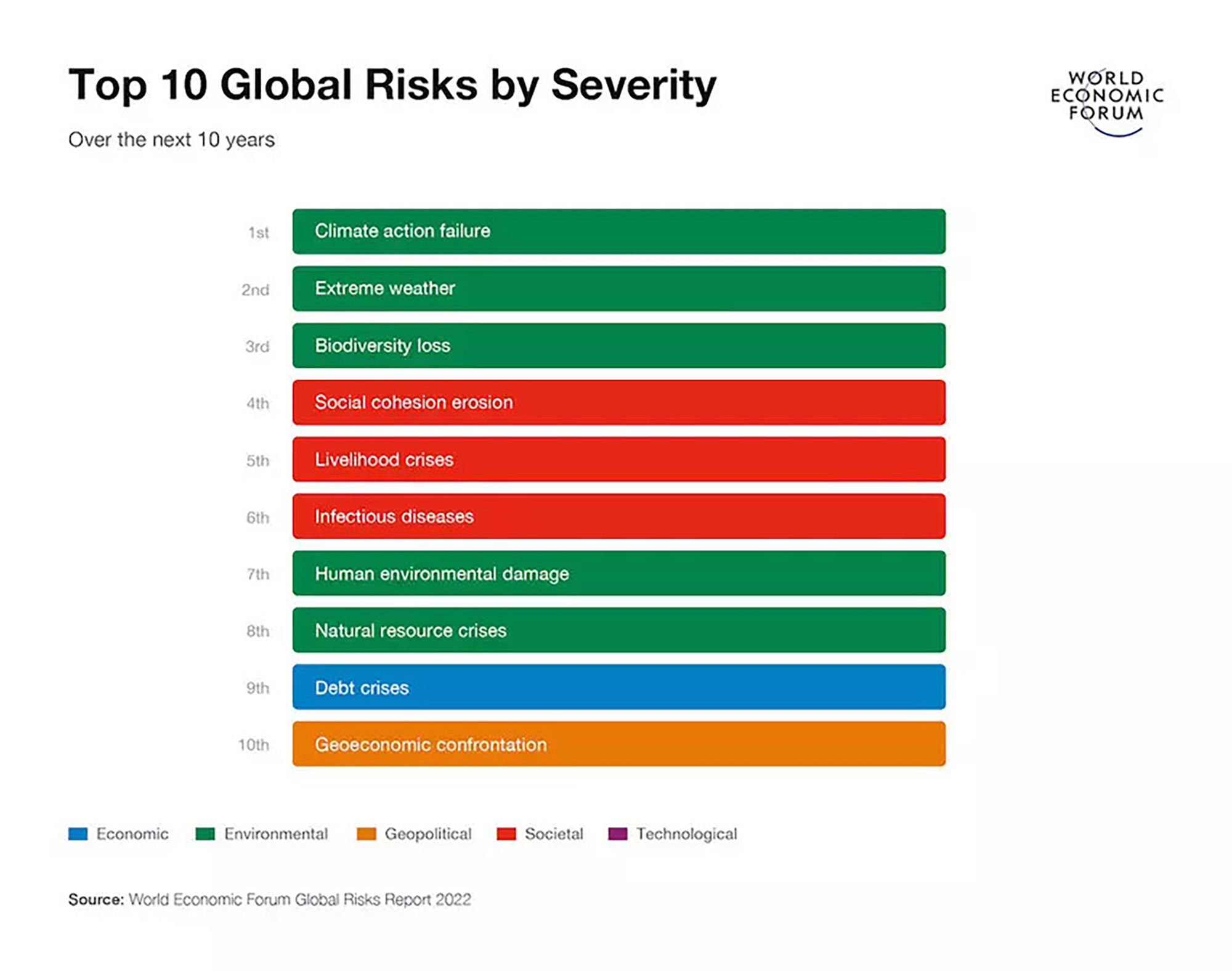 The WEF explains that “Despite all the optimism surrounding it New commitments at the COP26, they still fall short of the 1.5°C goal set out in the Paris Agreement. Instead, they are the ones who steer the world towards 2.4°C warming, with even the most optimistic scenarios only achieving 1.8°C.

“There are only eight years left in this decade and unless governments and businesses quickly take tangible and effective climate action in the next 12 to 18 months, there will be pressure to rush through actions later in the decade, potentially with a raft of new policy – and perhaps harsh economy-wide interventions – to meet their deadlines,” it warns.

Beyond 1.5°C is considered “Climate change is dangerous”.

One of the Headlinesto emerge from your most recent Intergovernmental Panel on Climate Change’s Sixth Assessment Report from Working Group I is that “many changes in the climate system become larger in direct relation to increasing global warming. They include increases in the frequency and intensity of hot extremes, marine heatwaves, and heavy precipitation, agricultural and ecological droughts in some regions, and proportion of intense tropical cyclones, as well as reductions in Arctic sea ice, snow cover and permafrost.”

This means that South Africa will experience a hotter, drier future, punctuated with prolonged and frequent droughts. 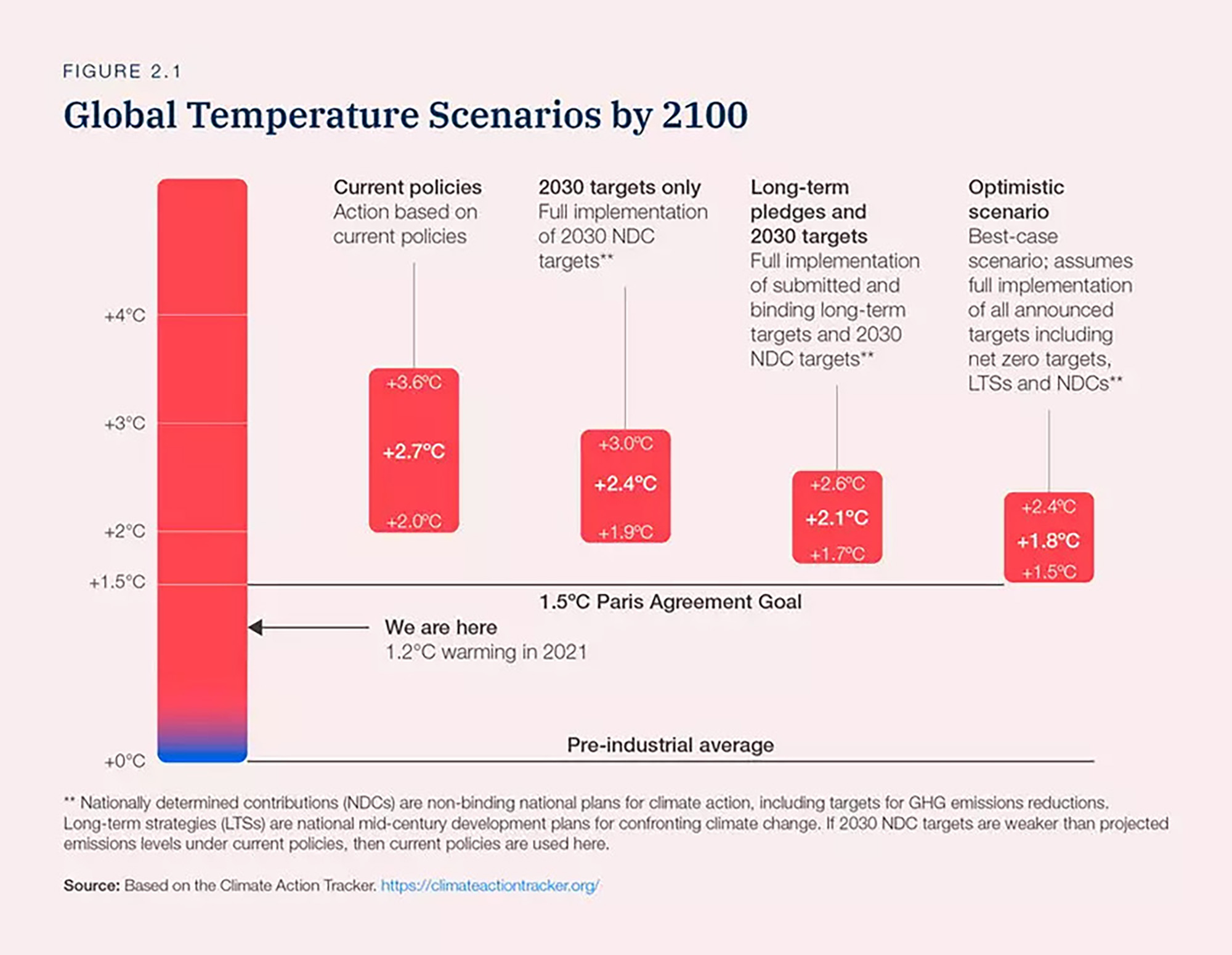 Peter Giger is the Zurich Insurance Group’s chief risk officer. The climate crisis is the longest-term threat to humanity.

“Failure to act on climate change could shrink global GDP by one-sixth and the commitments taken at the 26th UN Climate Change Conference (COP26) are still not enough to achieve the 1.5°C goal. It is not too late for businesses and governments to take action on the risks they face, and to create an innovative, determined and sustainable future. All-inclusive Transition that protects economies and people.” OBP/DM

6 Things You Need to Know About Climate Change Now

Don’t Look Up: Can we really solve Climate Crisis as easily and as easily as a Comet Crisis.