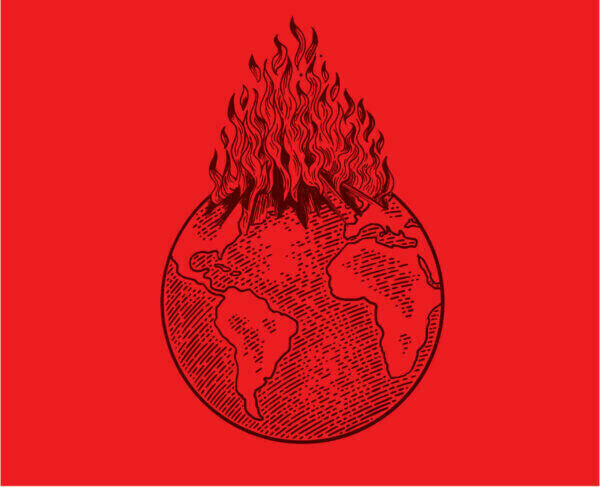 In August 2021, the UN Secretary-General declared the findings of a recent global climate report “a code red for humanity.” In response, a team of journalists and researchers released the “Climate Coverage in Canada” report in November, which heard from 143 scientists, 148 journalists, and 1,006 members of the public on how they perceive news about climate change.

While early findings indicate scientists and journalists agree that the earth is growing warmer due to human activity, the Canadian public seems less sure—only 80 percent of those surveyed said the earth is warming because of human activity, as compared to 97 percent of scientists and journalists. Sean Holman, an author of the study and professor of environmental and climate journalism at the University of Victoria, says that if journalists and scientists are in consensus about climate change, it’s worth examining why Canadian news coverage doesn’t reflect the severity of the crisis at hand.

The study found a disconnect between what journalists want to cover and what they’re assigned. 44 percent of journalists said they were not interested in covering climate change because of lack of support from their newsroom managers. “Journalists on the ground understand how climate change is affecting Canada,” says Holman. “But those running Canadian newsrooms might not have the same understanding.”

Journalists and scientists don’t believe current coverage is sufficient to equip voters with the information they need to make informed decisions about climate change. Only 18% of scientists and 21% of journalists think the public is sufficiently informed about climate change to be able to make informed voting decisions. Beyond providing more climate coverage, scientists and journalists agree newsrooms shouldn’t provide a platform for op-eds that reject climate science findings. Holman notes that although media organizations like the BBC and The Guardian are important, they should not be used as a platform for op-eds that reject climate science findings. Los Angeles TimesWhile Canadian news media outlets are known to have policies against climate science rejectionionism, they seem to be promoting it through major Canadian news media outlets.

Scientists and journalists need to work together more

While scientists and journalists were both able to understand climate change in similar ways, nearly half of the scientists interviewed said that they had concerns about being politicized. Both groups agree that climate scientists should be included in editorial decisions about related coverage.

“There’s an opportunity there … for scientists and journalists to be talking more,” Holman says. “We need to be creating a shared community to support evidence-based decision-making.” One solution with widespread support was forums hosted by journalists, where the public can directly ask scientists questions about climate change and its impacts.

Birds are laying eggs earlier because of the climate crisis

What’s next for climate coverage?

The study looked at how regular news coverage could better incorporate climate change information. Journalists and scientists surveyed wanted stories that covered extreme weather and natural disasters, and how they could increase due to climate change.

The study received 175 open recommendations from scientists and journalists. It found support for a different strategy: localized, rather than globalized coverage. “Climate change often feels like it’s something happening far away rather than something close at hand,” Holman says. He stresses the importance of having specific information that is regionally relevant so people can feel they can make an impact in their daily lives.