Nearly 78% of India’s electricity will be generated from coal. This will not allow India to meet emission standards before 2024.

The Union Ministry of Environment, Forest and Climate Change (MoEF&CC) has released a draft list of the coal thermal power plants and their categorisation in line with the ministry’s April 2021 notification.

The task force that was established to categorise the plants came up with a list after eight months.

Coal thermal power plants contribute to over half sulphur dioxide (SO2) concentration, 30 per cent oxides of nitrogen (NOx), 20 per cent particulate matter (PM) in the ambient air.

April 1, 2021 – The MoEF&CC extended the timelines for most coal-based power stations in India To meet the emission norms another three-four years. This is the third amendment of the notification that was issued in 2015.

All power plants were notified in 2015 and given until December 2017 for compliance with the norms.

As 2017 approached, the Union Ministry of Power, in consultation with the thermal energy plants, submitted a second phase-in plan (till 2024) and requested an extension of seven more years to meet the norms.

After much deliberation at the Supreme Court the power plants were granted an extension of five years (till December 2022) in order to meet the deadlines in phases. The 11 power plants in Delhi and NCR were ordered to comply with these norms by 2020.

However, power plants continued to resist the call to comply with emission norms. The norms have been relaxed for two parameters that were revised or formulated after the deadline extension.

The dilution in norms and unwarranted deadline extensions of compliance was dissented and in February 2020, the Central Electricity Authority (CEA) submitted a paper urging flue-gas desulfurisation to be installed only in those plants where SO2 concentration in ambient air was over 40 microgram per normal cubic metre (µg / Nm3).

It criticized the MoEF&CC’s formulation of uniform norms across India for all TPPs and recommended that different norms be established for different TPPs.

Finally, the MoEF&CC issued an amendment on April 1, 2021. This superseded the 2015 Notification regarding new emission norms. The amendment to the notification was used to revise the compliance deadline.

The Central Pollution Control Board, April 16, 2021, formed a task force to disaggregate 596 units of coal thermal power plant units and put them into three categories: C, B, and C. 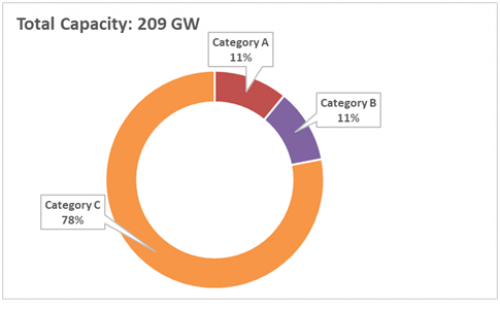 The country’s 596 coal thermal power plant units have been put under three categories: A, B and C. Source: CEA

Captive thermal power plants:In consultation with the CEA, the SPCBs involved in categorizing were done.

Initial distribution of the draft list, which was compiled by the taskforce, was made to the power stations for further comments by September 10, 2020. Now, the Central for Pollution Control Board has made the list public and shared it with the coal thermal powers plants.

The task force categorizes the coal power capacity into two categories: Category A and category B. Nearly 78% are classified as Category C.

The CEA monitors the compliance of SOx norms regarding the installation of a sulfur-removal technology: Flue gas Desulfurisation (FGD).

The CEA has analysed the December 2021 compliance status and found that only 10% of the capacity has complied with emission norms to date. Another 29% have been awarded bid, but it isn’t clear if any work has been started in these units. 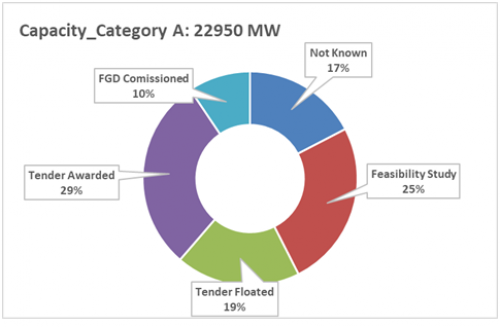 Status and capacity of Category A power plants. Source: CEA

CEA has not yet reported 17%’s plan. Another 25% are in various stages and 19% have floated the tender, but it has not been awarded.

From the time of awarding the bid, to the commissioning of FGD, it takes two year. Given this, the deadline for 2022 will be missed by a minimum of 61% of thermal power stations in Category A.

A ownership-wise analysis reveals that the majority of coal thermal power capacity that is likely meet the norms belonged to the central sector, followed closely by the private sector.

The plants that belong to the state sector: Some have fealed the tender, are at various stages in feasibility study, or have not yet formulated an action plan.

None of the Category B plants have so far been in compliance with emission norms. Minimum 30% of the capacity was awarded tender, 35% has floated the tender, and 13 percent are in various stages or feasibility study. 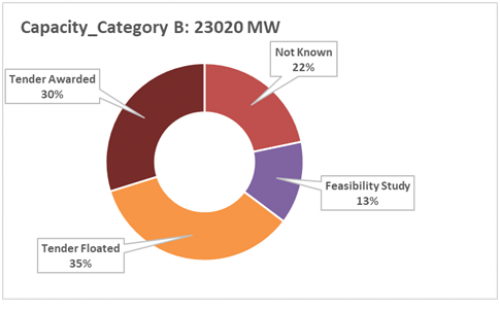 Status of Category B power stations and their capacity. Source: CEA

There is no plan to meet the norms for 22 per cent of the capacity. Category B plants are due by 2023.

Down to Earth’sAnalysis shows that 35% of these capacity will again miss deadlines.

Category C plants 33 per cent of the capacity has already been awarded tender. This means that the capacity could easily have met emission norms by 2022.

However, the deadline has been extended to 2024. Tender has been floated for 30 per cent of the capacity and 15 per cent is at feasibility stage. Another 22 percent is still in flux.

If the tenders are not received by next year, it is likely that the Category C 32 per cent capacity will not be fulfilled by 2024. 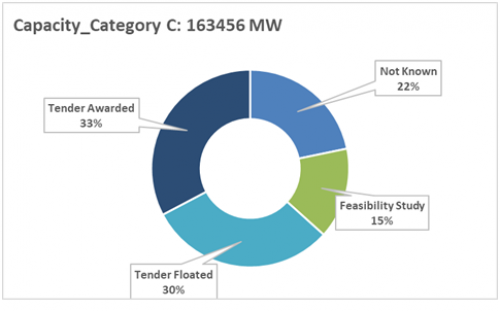 MoEF&CC has made a mockery out of the 2015 emission norms. The norms have been altered, missed deadlines have been met and revised to allow for coal thermal power plants.

Nivit Kumar Yadav director, Industrial Pollution Unit, Centre for Science and Environment, stated that the allocation of a minute 22 percent in Category A and Category B and 78% in Category C is a clear indicator that both MoEF&CC and CPCB don’t care about the implementation the new emission norms.

The delay in announcing the catgorisation has stalled progress in the implementation a plan for compliance with emission norms, especially SOx norms.

Even plants in Category A with a 2022 deadline are still not moving forward since April 2021’s announcement about revisions in deadlines (as reported CEA).

We are your voice; you have been our support. Together, we can build independent, credible, and fearless journalism. You can also help us by making donations. This will make it possible for us to bring you news and perspectives from the ground, so we can all work together to make change happen.