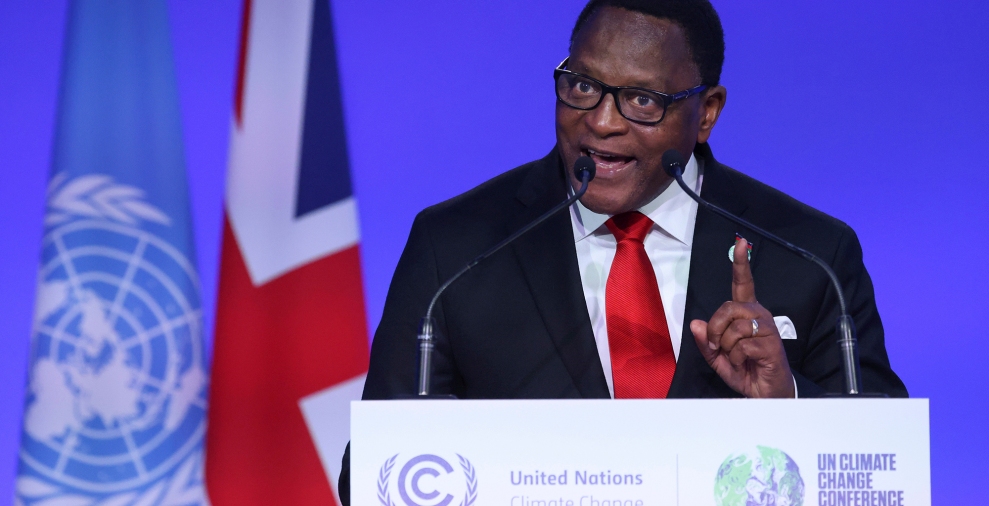 This story was first published by the Guardian It is reproduced here as part the Climate Desk collaboration.

Alarm and angerA few key promises and some important speeches were made by dozens world leaders on Monday, when crucial UN climate talks began in cold and wet Glasgow.

Boris Johnson opened the event and set the tone. COP26 talks with a stark warning that “the anger and impatience of the world will be uncontainable” if the talks fail to get the world on track to avoid disastrous global heating of more than 1.5 C.

There were also some important announcements like Narendra Modi, the prime minister of India. promising that his country would get to net zero emissions by 2070 and Johnson unveiling new climate aid for vulnerable developing countries.

Overall, however, the tone was one of frustration and impatience.

Mia Mottley is the prime minister of Barbados

“I ask to you: what must we say to our people, living on the frontline in the Caribbean, in Africa, in Latin America, in the Pacific, when both ambition and, regrettably, some of the needed faces at Glasgow, are not present? What excuse should we give for the failure?”

“When will leaders lead? Our people are watching and taking note. And are we really going to leave Scotland without the resolve and the ambition that is sorely needed to save lives and to save out planet?”

“Are we so blinded and hardened that we can no longer appreciate the cries of humanity?”

“Fellow leaders, from Seychelles, our message is simple: we have to act immediately. Let the paradigm shift occur, let the change be real. Let those who exploit without thinking about tomorrow cease. May we realize that in this battle to save our planet, we are in the same boat—big, small, rich or poor. The time to act is yesterday.”

“The worse it gets, the higher the price when we are eventually forced by catastrophe to act, because humanity has long since run down the clock on climate change. It’s one minute to midnight on that Doomsday Clock and we need to act now.”

“There’s no more time to hang back or sit on the fence or argue amongst ourselves. This is the challenge of our collective lives. The threat to our existence as it is now is the existential threat. Each day we delay, the cost for inaction increases. So let this be the moment that we answer history’s call here in Glasgow.”

“By 2070, India will achieve the target of net zero emissions … Today, the entire world acknowledges that India is the only big economy in the world that has delivered in both letter and spirit on its Paris commitments.”

6 innovative approaches to the climate crisis & a sustainable tech future

“Recent climate action announcements might give the impression that we are on track to turn things around. This is an illusion.”

Our addiction to fossil fuels is driving humanity to the edge. We face a stark choice: either stop it, or it will stop us. It’s time to say, ‘Enough … Enough of treating nature like a toilet. We can’t continue burning, drilling, or mining our way to deeper. We are digging our own graves.’”

“If, working apart, we are a force powerful enough to destabilize our planet, surely, working together, we are powerful enough to save it. I have witnessed a devastating decline in my life. Your life could and should be a story of remarkable recovery. That desperate hope, ladies and gentlemen, delegates, excellencies, is why the world is looking to you—and why you are here.”

“It is often those who can’t access the models of development that caused this climate change that are living through its first consequences. Small islands, vulnerable territories, indigenous people are the first victims of the consequences of climate disturbances.”

Ursula von der Leyen is president of the European Commission

“I know that all of us here at COP26 want to be on the right side of history. I appeal to everyone to do everything possible to limit global temperature rise to 1.5 C. Science tells us that climate change is man-made. We can make a difference. It’s our opportunity to write history. Even more, it’s our duty to act now.”

George Weah is the president of Liberia

“Although we bear the brunt of the impact of climate change, we benefit the least from existing solutions and financial arrangements currently in place for tackling climate change. In order to address this imbalance, there needs to be a fundamental shift in the way we tackle mismatched climate investment.”

John Kerry: $100 Billion Climate Aid per Year is within Reach