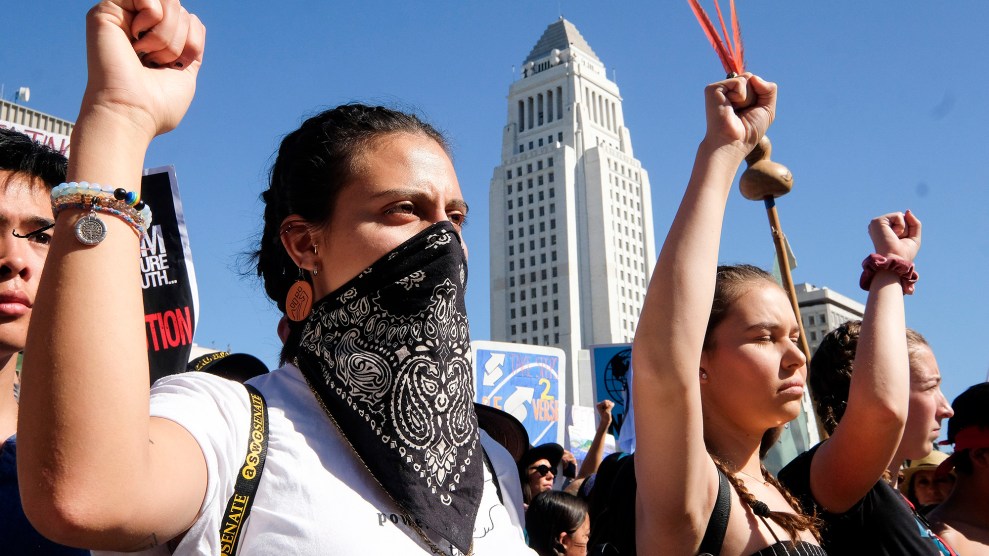 Young people areMany people view them as having a dark worldview. They are often uncritically plugged into social media and anxious about the crisis.

But a global study commissioned by the UN’s children’s agency, Unicef, appears to turn that received wisdom on its head. It shows children believing the world is improving with each passing generation. report anxiety and impatience for change on global heating.

The results suggest the younger generation are more positive and globally minded than their elders, skeptical of what they read on social media (only 17 percent of young people said they trusted social media platforms “a lot” for information) and more invested in science and the possibility of global cooperation and international institutions.

“Young people see a world that is largely a better place for children than the one their parents grew up in—a safer and more abundant world.”

The young people surveyed were also more likely to believe childhood had improved, voting healthcare, education and physical safety as being better for them than it had been for their parents’ generation.

“Born into a more digital, interconnected and diverse reality, young people see a world that is largely a better place for children than the one their parents grew up in—a safer and more abundant world that offers children better education, opportunities and hope for the future,” the report concludes.

“At the same time, young people are not complacent. They have greater difficulties with mental health. Amid a sea of mis- and disinformation, they report low levels of trust in the information sources they use most.”

Unicef’s executive director, Henrietta Fore, said: “There is no shortage of reasons for pessimism in the world today: climate changeThe pandemic, inequality, rising distrust, and poverty are all factors that contribute to the growing nationalism. But here is a reason for optimism: children and young people refuse to see the world through the bleak lens of adults.”

Compared with older generations, she said: “The world’s young people remain hopefulPeople who are more global-minded and determined to make the planet a better place. Today’s young people have concerns for the future but see themselves as part of the solution.”

Overall, the data suggests young people are products of globalisation—39 percent identified most with being part of the world, rather than their own nation or region, compared with 22 percent of the 40-plus group. People were about 1% less likely to identify themselves as a global citizen with each additional year.

The survey—conducted during the pandemic—also found young people were generally more trusting of national governments, scientists and international news media as sources of accurate information. They were also aware of the challenges facing the world.

Joe Daly, senior partner at Gallup, said: “We cannot know what is on the minds of young people if we do not ask them. Unicef’s survey reinforces the importance of hearing from the next generation and understanding their perspectives.”

The survey found some areas of multi-generational alignment—notably around climate, the importance of education, global collaboration and children’s agency. Some of the deepest divisions were reflected in optimism, global mindedness, and recognition of historical advances.

Fore said: “While this research paints a nuanced view of the generational divide, a clear picture emerges: children and young people embody the spirit of the 21st century far more readily than their parents.”