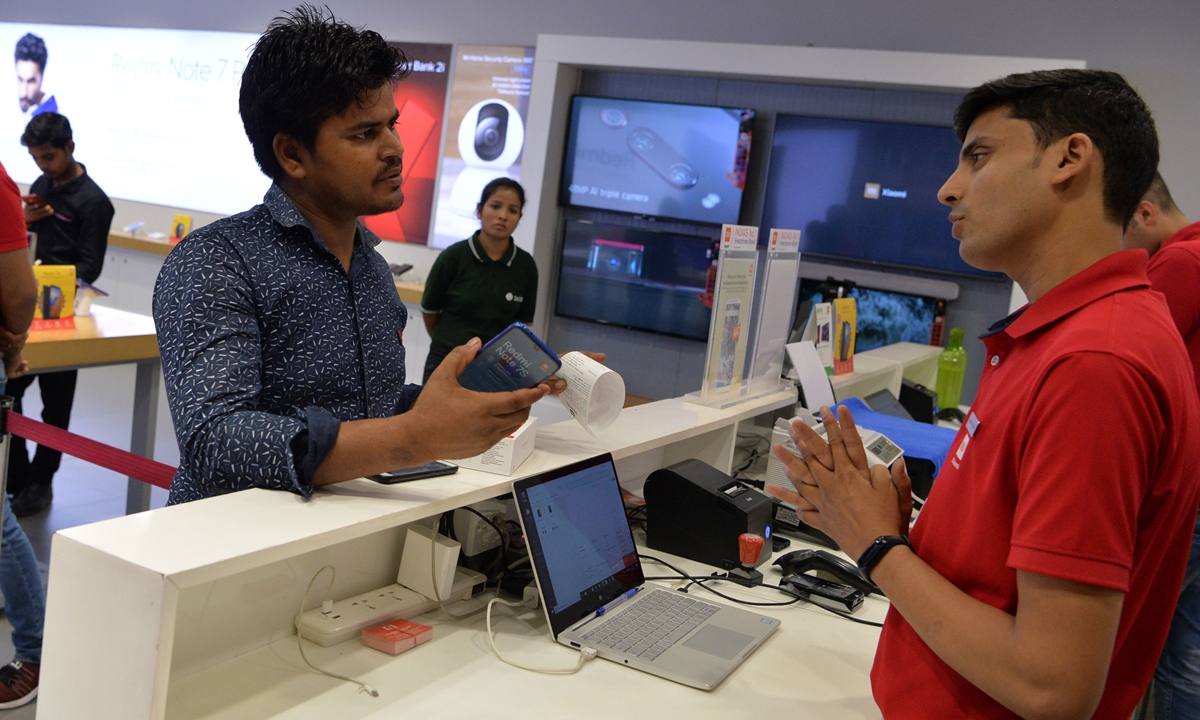 This photo was taken on August 20, 2019. A salesman talks with a customer after he bought a new Xiaomi smartphone in Gurgaon (India). Photo: VCG

Gao Feng, spokesperson for Ministry of Commerce, made the comment during a routine press conference held in Beijing on Thursday.

Gao said that China had contributed to Indian economic development and created many jobs locally. India should provide an environment that is fair, transparent, non-discriminatory for Chinese businesses, Gao added.

The Indian Ministry of Finance released a statement on January 5 stating that Xiaomi’s local subsidiary in India had engaged “tax evasion” in China and demanding that it pay 6.53 billion rupees ($88m) in taxes owed between April 2017 to June 2020.

Xiaomi denied the claim and stated that the company follows legal and compliant activities around the globe and abides by relevant laws and regulations in every jurisdiction it operates.

Chinese mobile phone brands are extremely popular in India and have a far greater market share than local Indian brands.

Counterpoint’s most recent report on Indian smartphone sales in the third quarter 2021 shows that Vivo, Realme and Oppo were the top-performing brands in this order.

Yang Yishuang from Yunnan University of Finance and Economics, previously told the Global Times that such “unjustifiable” suppression to protect Indian domestic industries could undermine the confidence of Chinese companies looking to expand their investments in India.

Long-term effects of dry weather patterns on the environment