The climate crisis is one of the most pressing issues facing governments around the globe. Emory Climate Talks hosted a Zoom webinar on December 12 featuring Mia Mottley (Prime Minister of Barbados), who spoke out about the climate change issues plaguing her country and the need to unite the world to combat them.

“We are so proud to have Prime Minister Mottley with us here today,” Elliott said. “She has been such a fierce and visible leader on the topic of climate change, an issue that brings us all together today.” 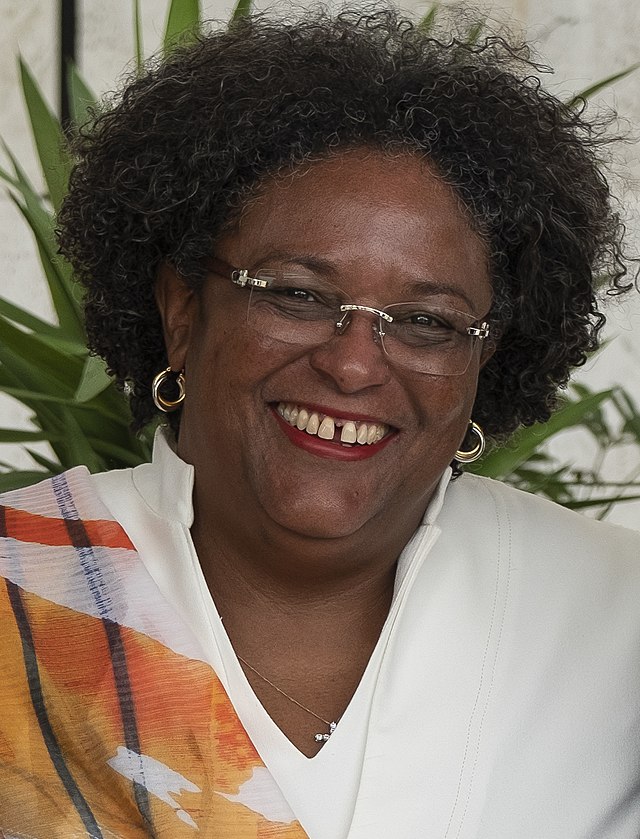 Mottley reported that 2021 was the third most active season for hurricanes, the fourth most expensive in terms of damages, and the seventh consecutive season when hurricanes and severe storms started before the official season began.

“The last few years, even before governments were prepared to acknowledge that this is a crisis, we have lived through the reality of the changes in the climate,” Mottley said. “We talk about hurricanes, but they are really just one small component of it.”

Hurricanes are simply the “heart attacks” of the climate crisis, Mottley said, noting the chronic symptoms experienced alongside such disasters are almost equally as catastrophic to affected communities. These symptoms include salt water intrusions into groundwater that pollute groundwater, coastal erosion that damages housing and marine life that has drastically changed in a matter of years.

“But what’s the irony?” Mottley asked. “What’s the one country that’s hit every single year by a hurricane? The United States of America. At what point do we now come together and recognize that we have a common interest to solve these issues?”

Mottley said Barbados is also being affected by climate change. Barbados is not only facing the COVID-19 pandemic as the rest of the globe, but they also face the worst volcanic ashfall for 119 years due to a volcanic eruption in St. Vincent (a neighboring country located 90 miles away).

“To ask us to continue carrying the battle against the backdrop of the pandemic and not having contributed to the crisis to greenhouse gases is really unacceptable,” she said. “We can’t fight the pandemic or climate crisis from a national perspective. All of us have to cooperate globally, or we’re not going to win this battle.”

Additionally, Mottley stated that Barbados’ status as the third most indebted nation in the world poses a major issue to the country’s government, gravely affecting its impoverished residents. 90% of the houses that were destroyed by Hurricane Elsa were owned by people below the poverty line, and 95% of them weren’t insured because insurance is often too expensive.

Mottley noted that similar patterns can be found in other Small Island Developing States.

The climate crisis: Why 1.5 degree of warming fails to capture our current mess

Further complicating the matter, the World Bank, which Mottley thought would provide Barbados with assistance given the nation’s long history of reforms aimed at alleviating poverty, has been of little help.

“China and other large developing countries are capable of borrowing from the World Bank,” Mottley said. “Barbados and Bahamas, because we are known to be penalized for being successful in the independence journey, are to be precluded from being able to borrow our concessional rates.”

Mottley, who announced the suspension in debt payments after her party was sworn in to power in 2018, worked to restructure their debt and renegotiate them. She expressed her good fortune, because, upon the project’s completion in December 2020, the COVID-19 pandemic struck a short month later.

Mottley emphasized the need to have global, moral, and strategic leadership.

“I don’t think any of us can contemplate doing anything in this world without accepting that climate is central to it,” she said. “We are in a climate crisis, and I don’t talk about climate change anymore, because we are truly in the middle of a crisis.”

Should We Electrocute the Oceans to Curb Climate Change? That’s One Idea.