The German nature association NABU on Monday presented its critical “Dinosaur of the Year” award for 2021 to a residential construction project in Emden planned on a large marshland area that it considers to be of particular ecological value.

NABU particularly criticised Emden for using a largely protected area to build housing despite having a stagnating populace.

What is the problem being highlighted?

In an online press conference, the president of NABU, Jrg-Andreas Krger, criticized the fact that large swaths of open space in Germany were still being taken over for housing, transport or commercial purposes, despite there being so little of it. He suggested that it was more efficient to build on areas already in use.

“Open space is scarce in Germany,” he stated, adding that Emden is “almost everywhere” in Germany.

Krger stated that building on these areas meant less space for agriculture, forestry, and the preservation ecosystems.

In 2019, the Federal Statistical Office noted that 52 hectares (128 acres) of greenfield land was built on every day in Germany, on average. The last German government wanted to reduce this area to 30 hectares by 2030 and the new one intends to get down to none at all by 2050.

Krger urged for this goal to become more urgent: “We need it in the next ten years.” He praised Rhineland-Palatinate in the west for using less than a hectare per day for new building. 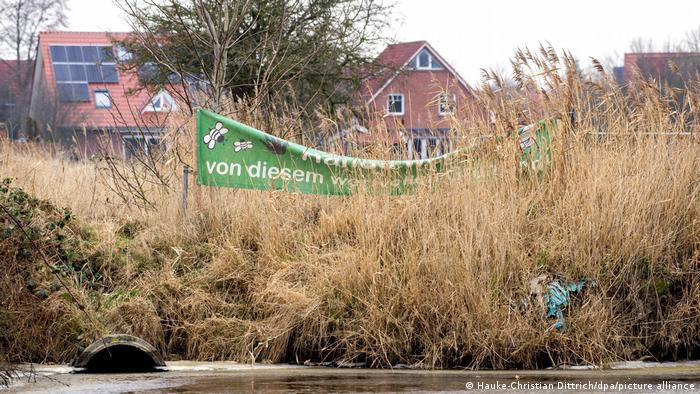 “Hands off this valuable green space”: There have been some protests against the building plans.

NABU’s Jan Schrings also pointed out that the Emden “Conrebbersweg” project would cause additional environmental damage, as the 77-hectare (190-acre) area was home to 14 endangered plant species along with a number of different bird species.

Emden’s city council has supported its project. A spokesperson for the city stated that it needed more construction space to support young families. He stated that the residential area was climate-friendly and many homes would receive solar panels. All heating will be from non-fossil fuel sources.

The “Dinosaur” prize has been awarded since 1993 for projects, managers or politicians that NABU considers to be out of date in an environmental regard.

Protect yourself in an industrial work environment