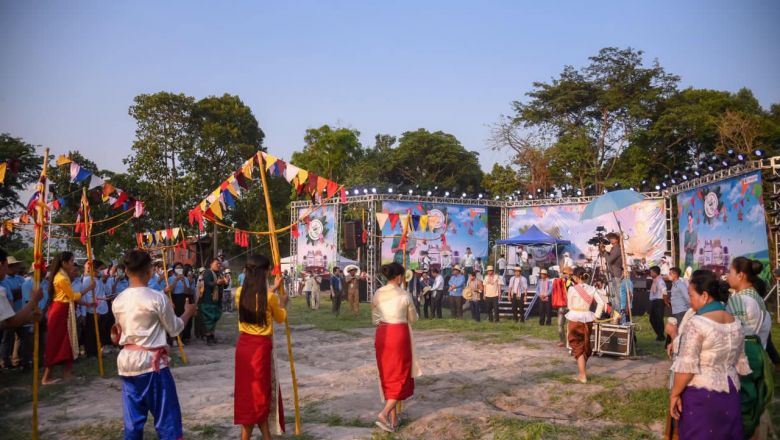 Baitong Warriors (or Green Warriors) are organizing Green Songkran, which is taking place in the Boeung Lvea, an area that could be used as an ecotourism site in Kampong Speu. SUPPLIED

Green Songkran is an event that a group of environmental activists has organized in Kampong Speu to celebrate the upcoming Khmer New Year. It aims to raise public awareness about the environment and inspire people to protect the environment.

Pheaktra stated that public participation is an aid to the government’s efforts at promoting the local economy through creating jobs and income generation for the communities. She was presiding over Trapaingchor commune in the province’s Oral district, April 8.

According to Pheaktra the event is being hosted by Baitong Warriors (or Green Warriors) in Boeung Lvea which is a potential site for ecotourism.

He noted that Trapaingchor commune has abundant natural lakes and community forests, which offer great opportunities for ecotourism. Baitong Warriors supported the community and helped to improve the livelihood of the residents through ecotourism. This has reduced their dependence on the natural world. The ministry and Kampong Speu Provincial Administration have supported the group’s efforts.

Trapaingchor residents have inherited natural legacy, which is Boeung Peam Lvea. This community forest is surrounded and protected by mountains. These valuable natural resources never go away and create jobs for the community through ecotourism, he stated.

Pheaktra, however, called for everyone to contribute to the conservation of natural resources, forest, and wildlife in the region to fully exploit their potential.

Baitong Songkran celebrations include stalls that display community products from Trapaingchor commune. You will also find products made from waste, snares or homemade guns as well as chainsaws that were used in forestry crime over time.

Gallup reports that worries about the environment have grown in the wake of Trump’s election.